Force India team boss Otmar Szafnauer says the team is ready to bring back team orders to rein in drivers Sergio Perez and Esteban Ocon after the pair's "unacceptable" run-in on the opening lap of the Singapore Grand Prix.

The pink panthers were expecting a good evening of racing after their solid performance in qualifying, but that prospect was ruined after just a few hundred yards.

Battling for position as they entered Turn 3, Ocon lunged into a space that Perez appeared to close in the middle of the corner. Wedged between his team mate and the wall, the Frenchman had nowhere to go as the two cars made contact.

Perez was able to continue but Ocon was out on the spot, and soon venting his frustration although he was reluctant to comment on the incident.

"I’m not going to analyse what happened," said Ocon. "I had a great start, great opportunity, went around Checo and the next thing I felt was a hit.

"We had great pace, was supposed to be a great weekend but now I’m talking to you and we’re going to come out of this weekend with no points."

Perez offered a bit more insight on the clash after a race he finished well down the order, having also made contact with Williams' Sergey Sirotkin on lap 34 after a clumsy move that earned himself a drive-thru penalty and permanently spoiled his evening.

"It was a very unfortunate incident, one of those that is very hard to avoid," said the Mexican.

"As I'm picking up the power I just got a clip from one car, not even realizing that it was Esteban."

Team boss Otmar Szafnauer was unimpressed however with his drivers' antics, but squarely laid the blame with Perez whom he felt had not given his team mate the room he deserved.

"It's unacceptable for them to come together like that in an area where there's no run-off," the American told Sky F1.

"They've got to leave each other room, the team's more important than any one individual and we'll have to go back to the rules we instilled on them last year.

"If that’s' what they're going to do, we'll have to take control from here. Once they're in the car it's hard to control what they do but prior to that we can control them." 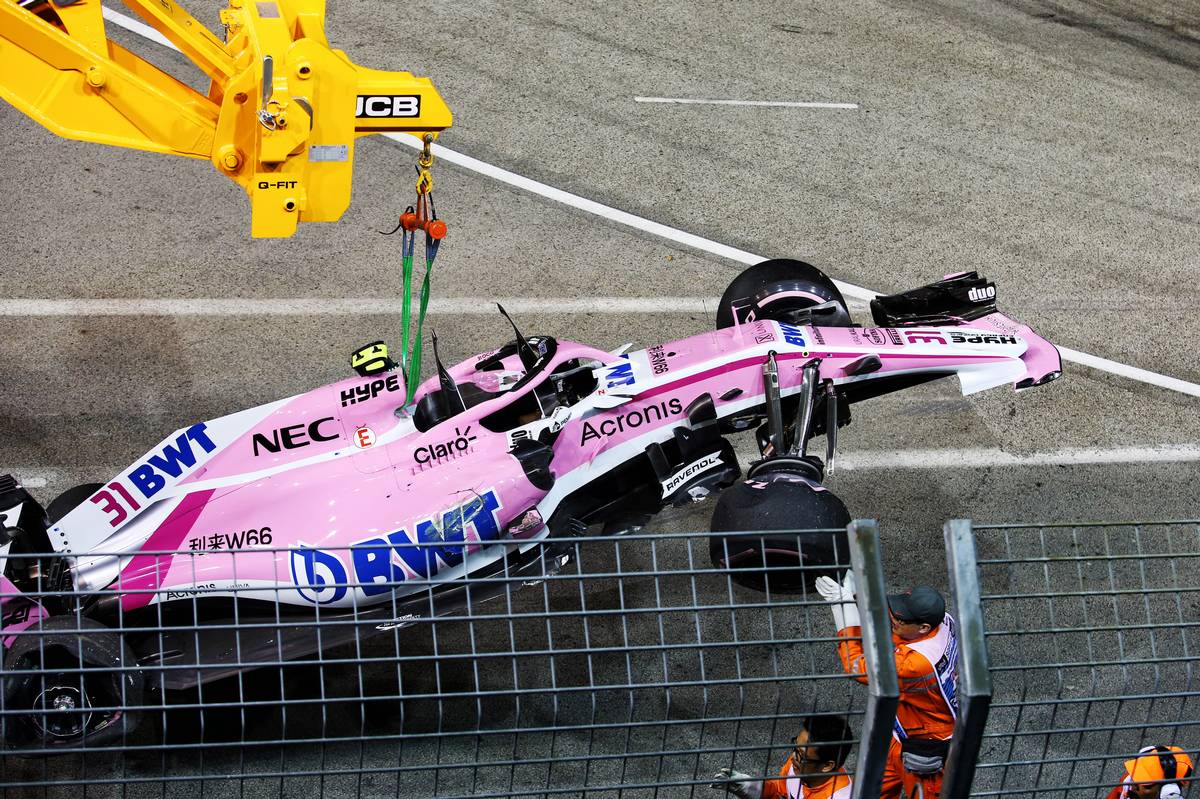 Witnessing footage of the incident with the Sky crew, a clearly unhappy Szafnauer wasn't ready to absolve Perez of responsibility.

Asked how the team will proceed going forward, Szafnauer suggested that reverting to last year's rules of engagement, which had been initiated following several on-track spats between the two drivers, was likely in order.

"it's been over a year since it happened, it was in Baku last year, and it was after Spa that we instilled the rules, and from Spa until here it hasn't happened. So we're back to the old rules.

Hamilton relieved to win 'longest race of my life'