Stoffel Vandoorne's chances of remaining on F1's grid in 2019 have all but collapsed, but the Belgian may soon find himself on Formula E's electric grid, with a little help from Mercedes.

With a scarcity of available seats, Vandoorne's efforts of remaining in Grand Prix racing have been fruitless, enticing the 26-year-old to look beyond F1 for the next step in his motorsport career.

Reports have emerged that he now figures on the shortlist of Mercedes-backed Formula E squad HWA that will be making its debut this year in the all-electric series.

Best known for its success with Mercedes in the German DTM series, HWA partnered with the Monaco-based Venturi Formula E outfit last year, but the team will run in season 5 of the series as its own entity, using powertrains from Venturi.

The effort is considered to be something of a dry run for Mercedes before its grand entry next year into FE.

The German manufacturer had been looking to supply HWA with a line-up comprised of two of its currently contracted drivers, but Vandoorne's unexpected availability has opened a door at Mercedes.

HWA is set to announce its 2018/19 Formula E driver line-up on October 8, with in-house racer Gary Paffett expected to be named as one of the team's drivers.

Miami still on the agenda despite 'indefinite deferral' resolution 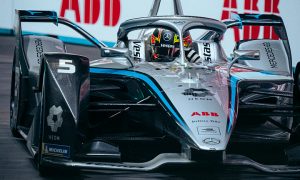