Mercedes drivers Lewis Hamilton and Valtteri Bottas both slipped on a comfortable set of hypersofts to set the fastest times of the day in second practice for the Russian Grand Prix.

Hamilton's lap of 1:33.385s proved to be two tenths faster than that of his team mate, and already almost as fast as last year's pole position time.

Red Bull's Max Verstappen and Daniel Ricciardo were the nearest challengers to the Silver Arrows, while a subdued Sebastian Vettel was half a second slower than Hamilton in fifth place with Ferrari team mate Kimi Raikkonen sixth. 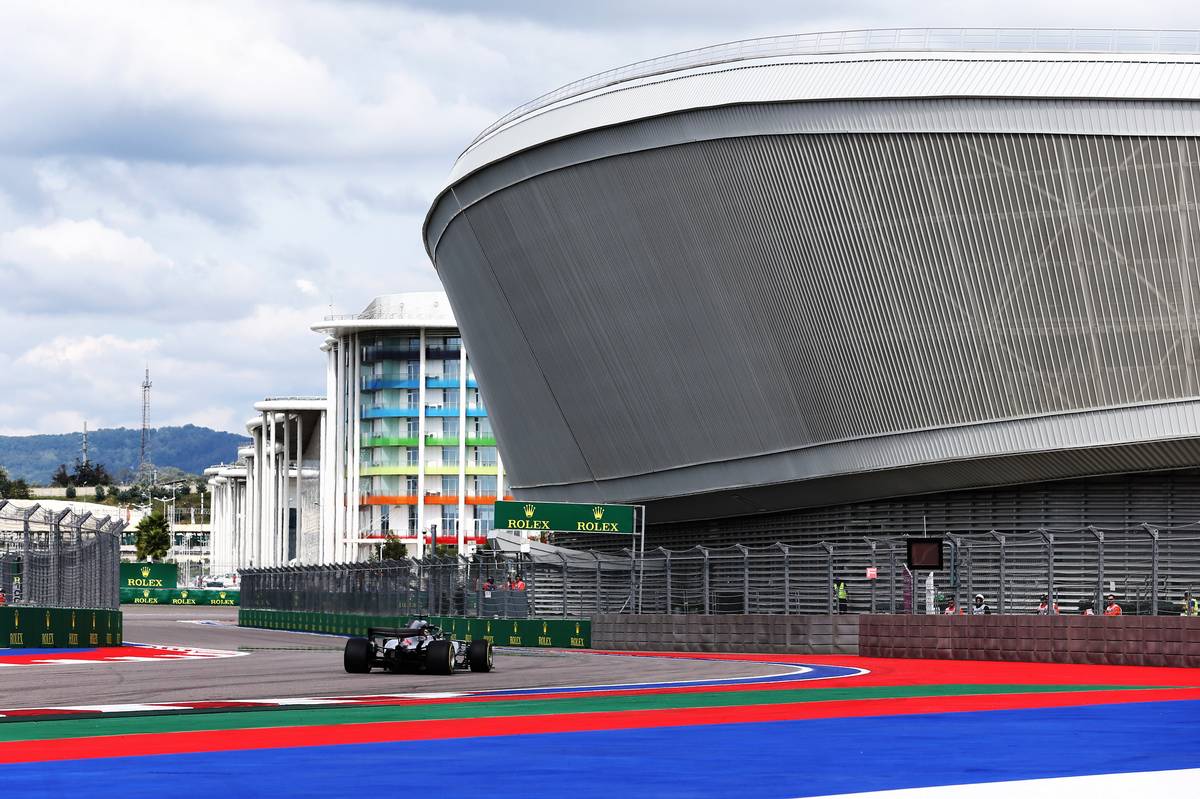 Conditions in Sochi continued to be slightly overcast but pleasantly warm as drivers resumed their practice preparations for this weekend's race.

Having sat out the morning in deference to Lando Norris, Fernando Alonso was understandably eager to get out in the McLaren when the track opened for business. He was quickly joined by his team mate Stoffel Vandoorne and by the two Haas cars, along with Williams' Lance Stroll.

It was Vandoorne who opened the afternoon's accounts with a timed lap of 1:37.819s which was set on ultrasofts. That lasted only as long as it took the first of the day's 'big beasts' to launch into action, with morning pace setter Sebastian Vettel soon establishing a new target time of 1:35.382s in the Ferrari.

The first hypersoft lap of the afternoon was set by Toro Rosso's Pierre Gasly, but that was still 1.3s off. Even though Vettel found more pace on his subsequent laps, he was usurped from the top spot by Max Verstappen who clocked in a time of 1:34.433s in the Red Bull on the pink-hued compound.

As Verstappen pressed on, the two Mercedes drivers completed their first post-lunch tours. Despite being on ultras, Valtteri Bottas was second-fastest ahead of Vettel and Lewis Hamilton fourth ahead of Daniel Ricciardo and Kimi Raikkonen, with Gasly best of the rest in seventh.

Despite remaining on the nominally slower compound, Hamilton continued to find pace and pushed his way up to second place just 0.081s off Verstappen's benchmark time, before an on-track lull left only the two McLarens diligently pounding around the 18-turn, 5.848km street circuit for a spell.

When Verstappen resumed on a new set of hypersoft tyres, he moved the goalposts again with a flier of 1:34.079s but that wasn't enough to prevent Bottas going almost half a second faster on his first true qualifying simulation 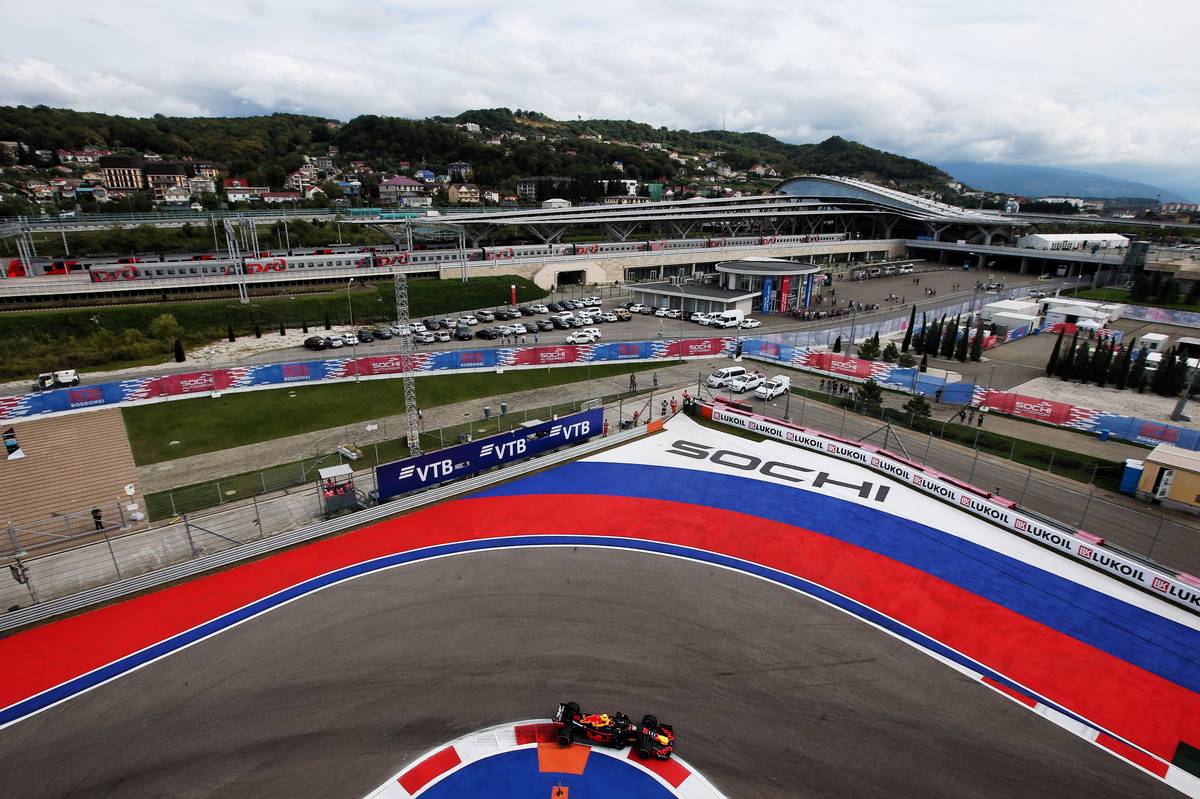 Hamilton followed his team mate's lead and went top with an impressive 1:33.548s, while Bottas' attempt to go faster ended with the Finn going wide at the final corner and lucky to avoid an accident.

Hamilton went on to shave off a further two tenths from his time to maintain his advantage over Bottas, Verstappen and Ricciardo, with Vettel half a second off Hamilton in fifth and Raikkonen even further back in sixth, while Sergio Perez was now best of the rest for Force India narrowly ahead of Gasly.

That brought an end to the qualifying simulations. With around 40 minutes of the 90 minute session to go, attention turned instead to longer distance, higher fuel load runs to see just how long the hypersoft and ultrasoft tyres could run on Sunday without suffering serious performance degradation.

There was no question that the drivers were still pushing hard to find the limits of what they could get out of their equipment. With just over 20 minutes to go, Vettel went over that limit and ended up spinning the Ferrari in turn 13, but kept it off away from the barrier and was able to get back underway and return to the pits without interrupting the session.

At the other end of the timesheets, there was yet more sustained gloom for the troubled McLaren and Williams squads. Ahead of his maiden home Grand Prix, Sergey Sirotkin was 19th fastest and was almost 3.5s slower than Hamilton but he had at least completed more laps than anyone else.

Stroll was bottom of the 20 drivers taking part in the session, and late in the session he told the Williams pit wall that something might be broken on the car after he hit a kerb, after which it was pulling to the left. 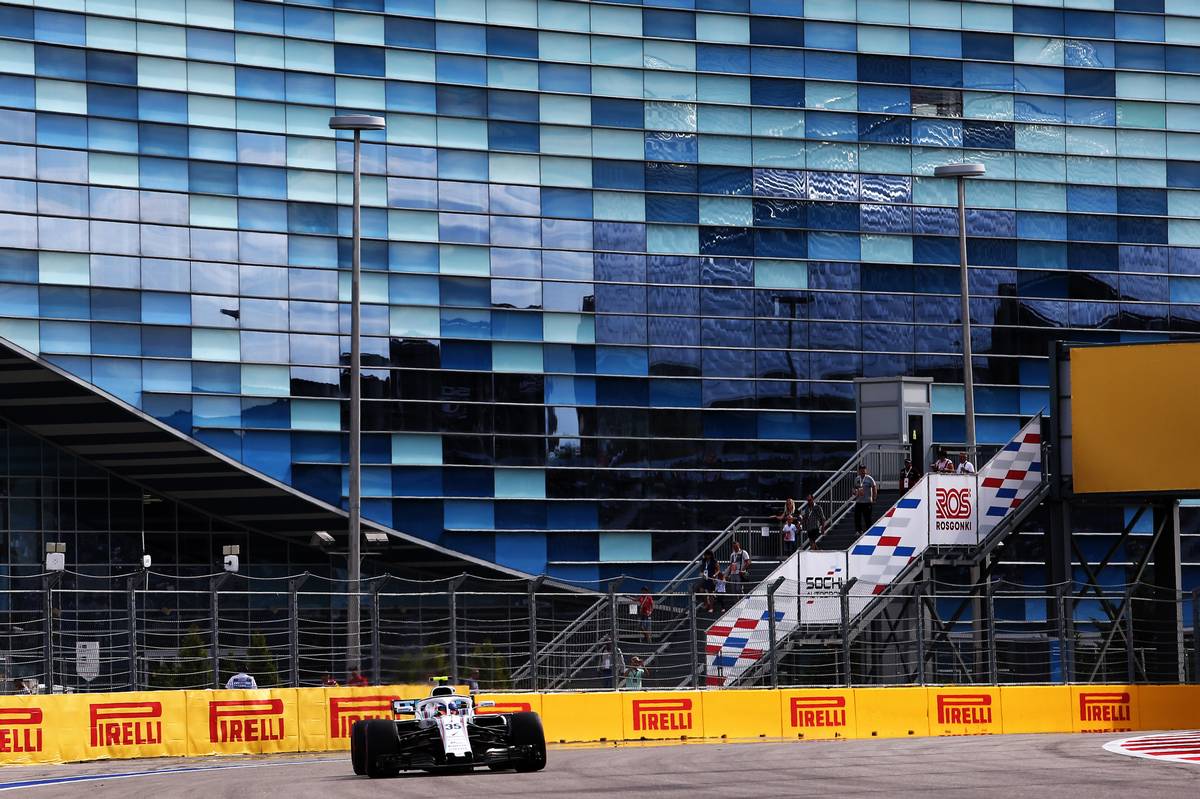 Alonso, Red Bull and Toro Rosso all sent to the back