Championship leader Lewis Hamilton believes that Ferrari is making a mistake by letting Kimi Raikkonen go at the end of the current season.

The Formula 1 veteran will be replaced at the Scuderia by rising star Charles Leclerc, in what is effectively a 'seat swap' between the two drivers. Raikkonen is set for two years at Sauber, the team where he started his F1 career in 2001.

"I’m convinced that Ferrari is losing a very important driver," Hamilton said this weekend. “It does not make sense to me.

"He is an extraordinary professional and a fantastic driver," the Briton added. "He remains one of my favourite drivers."

Hamilton didn't think that the news that Raikkonen was being dropped at the end of the year would make any difference to his on-track effort in the remaining races of 2018.

“I don’t think Kimi is going to change in the last races," he stated.

Not that his respect for Raikkonen stopped him from poking some fun at the 38-year-old's famously taciturn media image.

Asked if he would be reading Raikkonen's newly-published autobiography, Hamilton quipped "Does it have two pages?" and when told it was actually 269 pages long, ad libbed: ""But the letters are very big!"

His response to Ferrari's driver decision wasn't intended as a negative reflection on Leclerc, who has been strongly praised by Hamilton in the past. 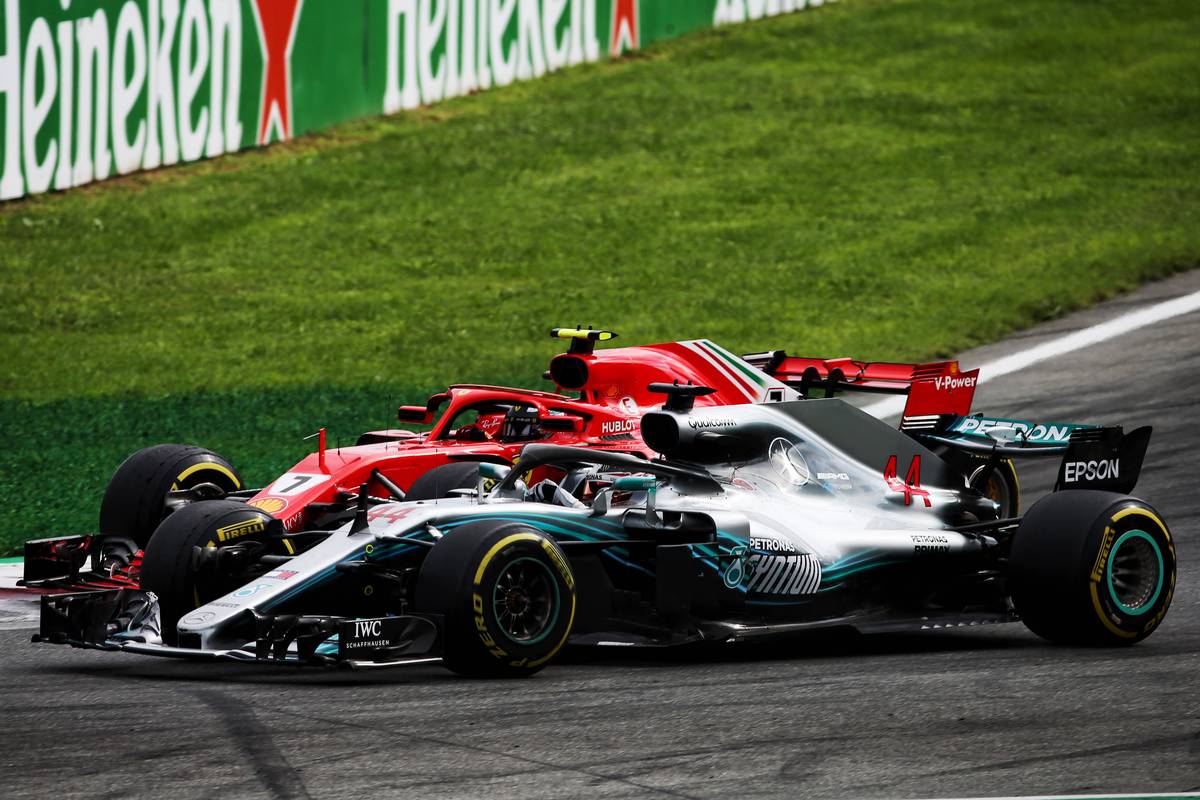 "He’s done a great job with what he has," Hamilton said of Leclerc in June. "Probably even more, which is what you hope from a good driver."

Raikkonen's current team mate Sebastian Vettel is understood to have been keen to see the Finn stay on at Maranello, but he was overruled by Ferrari management looking longer-term.

At Mercedes, Hamilton is enjoying a much better working relationship with his current team mate Valtteri Bottas than he did with Nico Rosberg. However he is unlikely to have the same level of input as Vettel does into the selection of who drives alongside him.

But he said that wouldn't stop him from making his feelings known to the boss, team principal Toto Wolff, if he felt they was making a bad call.

“The trust is there between us," Hamilton insisted. "If Toto came up with a crazy idea we’d definitely discuss it.

Scenes from the paddock - Sochi