Two-time world champion Mika Hakkinen believes a proper tyre war between Pirelli and another manufacturer would spice up the competition in Formula 1.

Since 2007, exclusivity has governed Grand Prix racing's tyre supply contracts, with Bridgestone preceding Pirelli's current deal which started in 2011 and will run until the end of 2019.

For Hakkinen, who conquered his first world title with McLaren in 1998, when Bridgestone and Goodyear fought for tyre supremacy, F1 should once again adopt a multiple-supplier regimen to spur on competition.

"There is no competition – there should be other manufacturers out there, that way the competition comes up," said the 50-year-olf former F1 driver speaking at Suzuka last weekend where drove his championship-winning 1998 MP4-13.

"When I speak to the drivers I have understood the tyres go on a certain peak and if you push even a little further they just overheat.

"It's not a criticism of what Pirelli's doing, it's just a fact that there should be competition.

"If you only have one driver driving out there it's the same thing. We need competition. That's exciting." 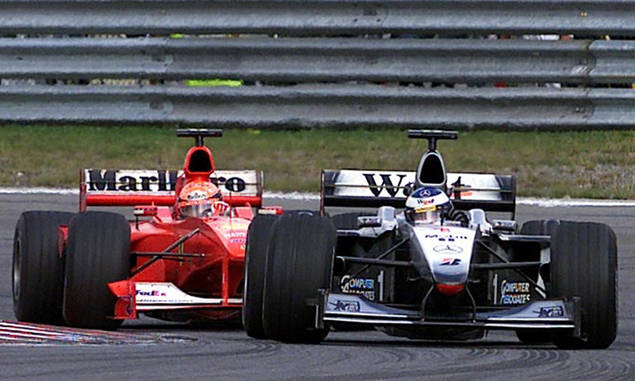 Assessing the sport's current state of affairs, Hakkinen also felt that young drivers should be given more track time and testing mileage instead of spending the bulk of their formative F1 period in simulators.

"[For] young drivers that come into F1 it's quite challenging because there is no testing," he said, alluding to F1's restrictive in-season testing progammes.

"In my opinion it could be much more useful if the young drivers can test and develop themselves. Whatever sport you do, if you cannot practice, how do you improve?

"Of course the technical side of the cars, how do you develop the engine and chassis if you're not allowed to test?

"Yes, of course you can go into computers and simulations but they are not in a real world."