Sebastian Vettel says that Ferrari's car was never actually 'dominant' in 2018, and that the team's failure to take victory in this year's world championship wasn't because it had squandered its opportunities with mistakes.

Lewis Hamilton put the drivers title beyond mathematical doubt in the Mexican Grand Prix, sealing his fifth championship with two races to spare. Vettel called it a "horrible moment" when he realised that the title had really slipped away for another year.

Ferrari still has a chance to catch Mercedes in the constructors battle, but to do so has to overcome a 55 point deficit in Brazil and Abu Dhabi - a tall order.

It's certainly a far cry from the midway point of the season when Ferrari had a 20 point lead after the British Grand Prix and appeared to have the fastest car on the circuit.

"It is absolutely true to say that we have a very strong car," Vettel told Autosport magazine in an exclusive interview this week.

"But I think people's perception of the fact that we had a dominant car, I don't think it was true," he asserted. "If you look at the results I don't see where the dominance is.

"We had a lot of races that we were very close and we had very good pace in the race. But I don't think we had a race where we dominated.

"On the other hand, I think [Mercedes] had. If you look at Spain, look at France, look at Russia - I don't think we had any races like that.

"Don't get me wrong," he added. "I am not sitting here saying I had a bad car. Not at all, because I know I have a strong car. [But] unlike the people's perception, I don't think we had a dominant car.

"Mostly we were not fast enough," he sighed. "At the end of the day you need to have the speed to fight for the championship." 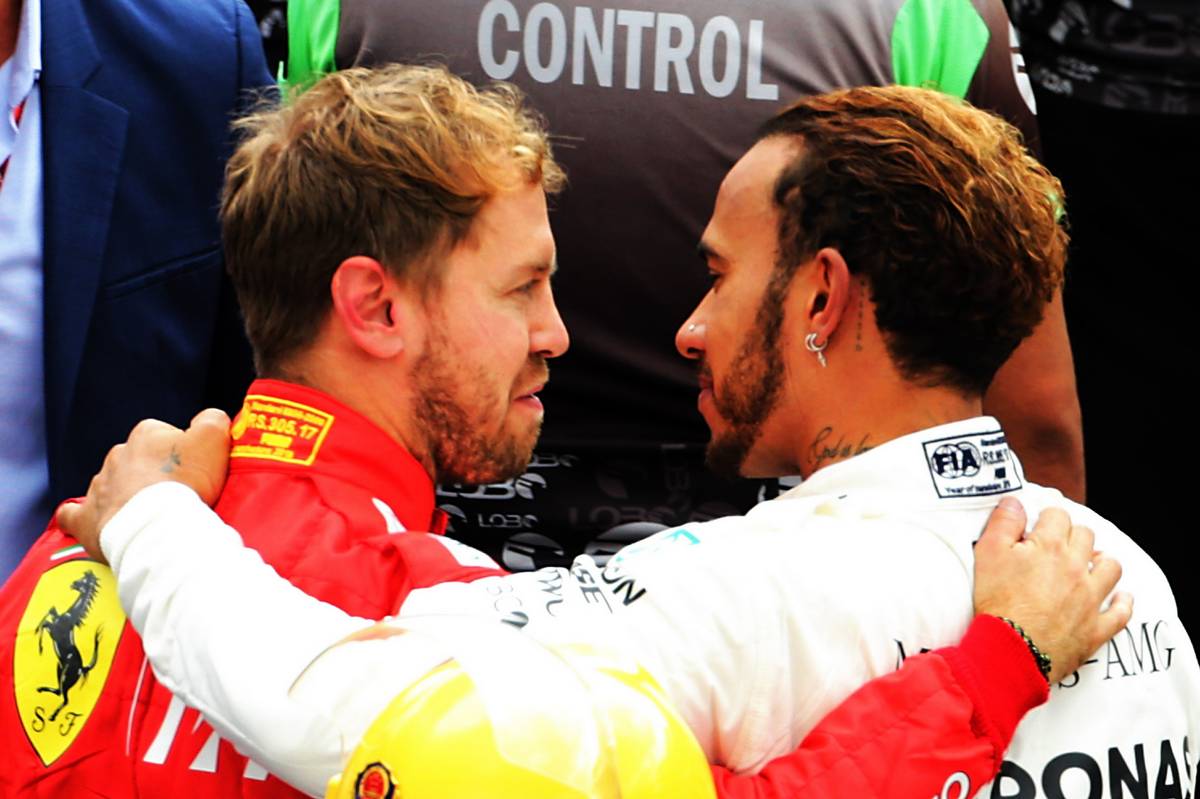 The Belgian Grand Prix had got the loyal Tifosi particularly excited when Vettel blasted past Hamilton on the opening lap to claim the lead and went on to win by an 11 second margin. But Vettel said that appearances had been deceiving at Spa.

"For me it wasn't a dominant race, it was a very close fight," he insisted. "Lewis was always one, two, three seconds behind. He had the same pace. We were driving to the same tenth. And at some point he gave up."

Vettel admitted that in many ways the 2018 season had mirrored the trajectory of the previous year's campaign, with Mercedes pulling decisively ahead over the summer after being neck-and-neck in the early races.

"Last year it was apparent that we were very good until midway of the season, and then maybe some tracks that didn't suit us, some DNFs that we had.

"This year unfortunately in some ways has been similar, that just some races we didn't have the pace compared to Mercedes.

"They were able to win the races," he said. "But we were not able to get enough points ... We lost momentum also because we were not fast enough.

"Within two, three, four races – I don't need to explain to you, you know yourself – there was quite a big gap. So, yeah - that has been a shame," he concluded.