Mercedes boss Toto Wolff says the Brackley squad is getting to the bottom of the tyre issues that impacted the team's performance in Mexico City.

Mercedes enjoyed a festive conclusion to its weekend at the Autodromo Hermanos Rodriguez, with Lewis Hamilton clinching his fifth world title, but the Silver Arrows pace in the event was anything to boast about.

Hamilton came home fourth while Valtteri Bottas was fifth after both drivers encountered excessive tyre degradation over the course of the 71-lap event in which the Mercedes duo was clearly outpaced by Red Bull's Max Verstappen and both Ferrari drivers?

"Mexico was a bittersweet weekend," Wolff explained ahead of this week's Brazilian Grand Prix.

"On the one hand, we're extremely happy for Lewis. He is the best driver of his generation and his fifth Formula 1 world championship puts him among the absolute greatest this sport has ever seen.

"On the other hand, we cannot be satisfied with our race performance in Mexico. Qualifying looked promising but just a few laps into the race, we knew that we'd run into big issues with the tyres.

"We started to analyse those problems immediately after the race and have made progress with understanding the challenges we faced and why.

"It's important to apply all our learnings to make sure we come back strong in Brazil." 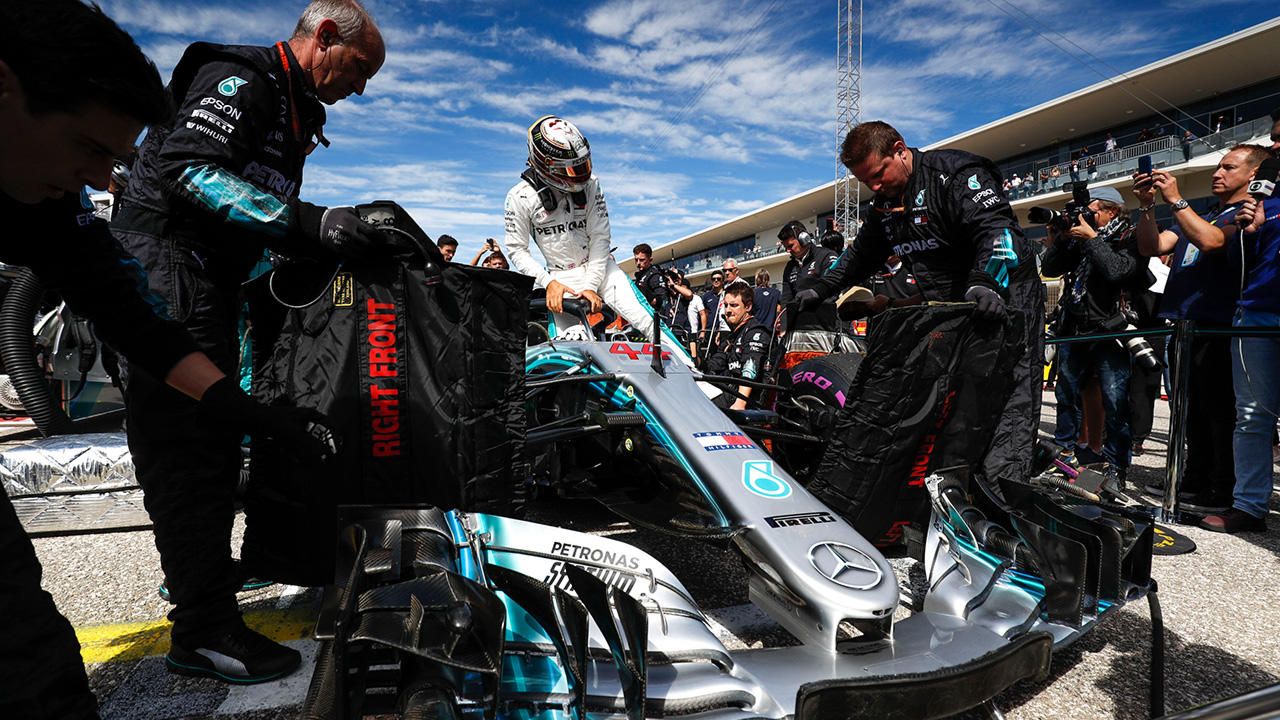 Indeed, Mercedes will have a battle on its hands at Interlagos as the German outfit and Ferrari contend for the Constructors' crown, with the former leading its rival by 55 points.

"Our target for this season was to win both championships, not one title or the other, so our mindset is one of unfinished business as we head to Sao Paulo," added the Austrian.

"We have a big battle on our hands for the constructors' title and we have lost ground to Ferrari in each of the past race weekends - even though we had the base performance to do better.

"This is the moment to keep our feet on the ground, focus clearly on the objective and trust in our processes and people to deliver."

Sainz on Interlagos: 'It's all about the history'

Arrivabene reveals the one weakness Ferrari needs to overcome