Verstappen had just succeeded in putting Ocon a lap down, but the French driver fought back and tried to repass the Red Bull going through the Senna Esses at the start of lap 44.

The pair made contact in turn 2 and both cars spun. It cost Verstappen the lead of the race and inflicted damage to the side of the Red Bull which enabled Lewis Hamilton to hang on and claim victory for Mercedes.

Ocon meanwhile was also able to get underway, but was subsequently handed a ten second stop and go penalty for causing the collision.

He was also accused by Red Bull motorsports consultant Dr Helmut Marko of deliberately hitting Verstappen in order to allow Hamilton to win.

Marko said that Mercedes junior driver Ocon did it to ensure that he would be rewarded with a race seat in 2020.

"A Mercedes driver who is promised a seat for 2020, the leader drives into the car?" he is reported as saying by Motorsport Magazin. "Unbelievable!

"One could have told him, 'Hello, that's the leader, he has new tyres on it, do not attack him!" he added. "That such an idiot gets only a 10 second penalty, I would have expected a lock."

But Szafnauer refuted such suggestions and said that Ocon was only doing what the Force India pit wall had told him to do.

“That’s a conspiracy theory and I doubt a racing driver is thinking about his drive for 2020 with what he does today," Szafnauer told Sky Sports F1. "Absolutely not

"Esteban came on the radio and said can I unlap myself because I am quicker and we said yes go ahead. That’s it.

"At six laps with a half-second tyre advantage, three seconds, we were racing other people and can’t get stuck even though it is behind the race leader.

"The rules state that you’re allowed to unlap yourself and Esteban was much faster than Max at that stage. Unfortunately he wasn’t left any space in the corner and that ruined the race for both."

After serving his penalty, Ocon finished the race in 14th place. 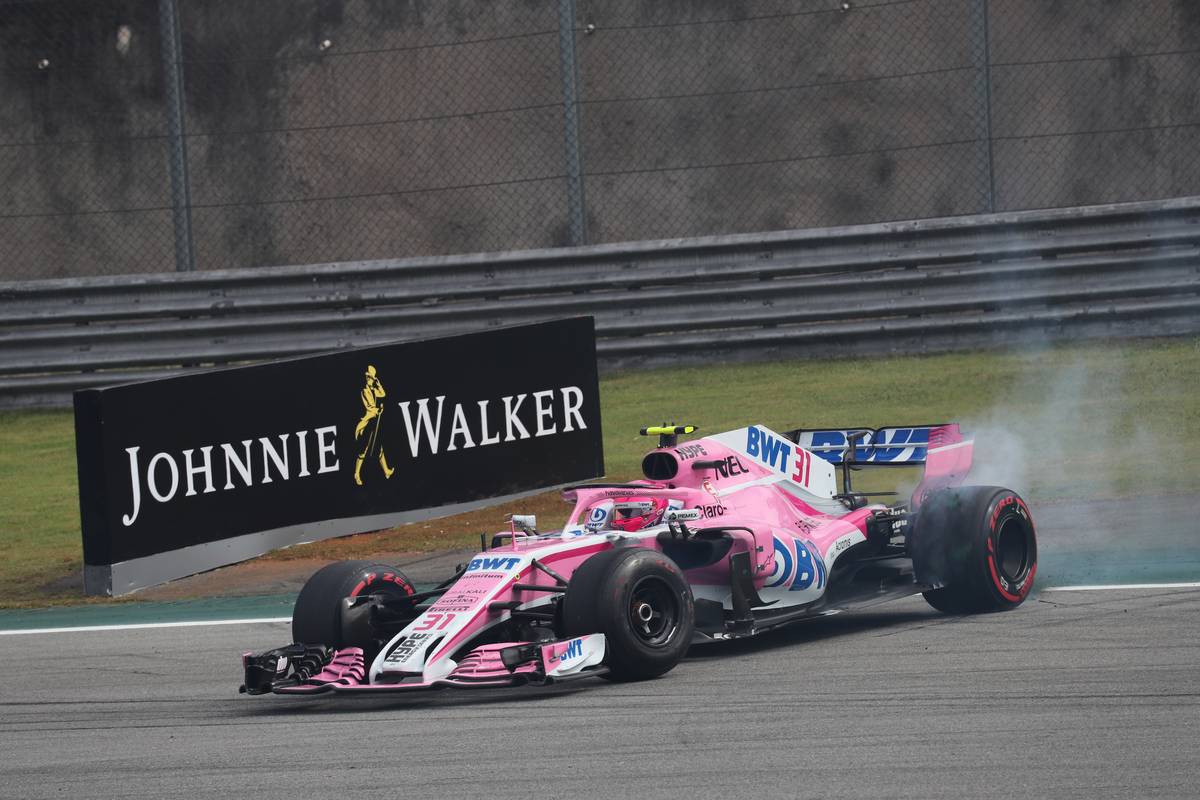 "Esteban had done a good job making up ground from the back of the grid and would have probably finished in P11 if it hadn’t been for the clash with Verstappen," suggested Szafnauer.

Naturally, Ocon was frustrated by the outcome of the race and the incident itself that had proved so costly.

"It’s disappointing not to score when we had good pace," he said. "I had made some good overtakes throughout the race, but it all came to nothing after the contact with Max.

"He came out of the pits, I stayed behind him for nearly two laps but I was much faster than him and the team advised me to unlap myself.

"I went on the outside at turn one – the same move I made on Fernando [Alonso] and on many others before, but Max didn’t give me any space.

"Once I was beside him I couldn’t just disappear, so we collided. But it was my corner and I had the right to the space.

"I was saddened by his behaviour after the race: he was very aggressive and the guys from the FIA had to intervene. That’s not the way to handle these things."

Ocon's team mate Sergio Perez managed to claim a single point for the team after finishing in tenth place, having had a much calmer and quieter afternoon at Interlagos.