British teenager Brendon Leigh has held on to his Formula 1 eSport title with a dominant performance in this year's competition.

The 19-year-old took victories in two of the final round's four races which were held at London’s Gfinity Arena.

Second place at Hockenheim behind Sauber's Salih Saltunc was followed by victory at a virtual Singapore, which all-but assured Leigh of retaining his title. He then put in a dominant driving display to claim the honours at the Circuit of the Americas, with his Mercedes eSport team mate Daniel Bereznay coming home in second.

The 1-2 finish was enough for Mercedes to clinch the inaugural team title with a race to spare, mirroring the squad's victory in the real-life Formula 1 world championship just a week before.

"I feel on top of the world, it just feels amazing!," Leigh said afterwards. "To be able to win the Drivers' and Teams' Championship a race early, considering there's double points for the last race as well, is just unbelievable for us.

"It was the first time teams have been brought into the series and to be able to join Mercedes was great; they're my favourite team in real life and to work together with them and see what goes on behind the scenes was amazing and it has really elevated my motivation.

"The way I work, the way I set up the car has changed, I put so much more effort and passion into my racing now - and it showed in results.

“Mercedes just seems to be dominant this year," said Formula 1 commercial director Sean Bratches who presented the team trophy to Mercedes' head of eSports Christian Dixon. "Not only in the real world but the virtual one as well."

Bereznay went on to win the season finale at Abu Dhabi, giving the simulated Silver Arrows eight victories out of ten races. They finished with 382 points, miles ahead of Toro Rosso in second with 210 points.

In the driver standings, Leigh amassed 216 points against 166 for Bereznay and 127 for Toro Rosso's Frederik Rasmussen. Saltunc was fourth after picking up his maiden win on Friday.

Rasmussen had sat out two races this weekend in the belief that his team mates were more suited to Friday's tracks and therefore better placed to maximise the team's chances.

However once the titles were decided, he was back for the double-points season finale which proved to be one of the most eventful of the whole campaign. 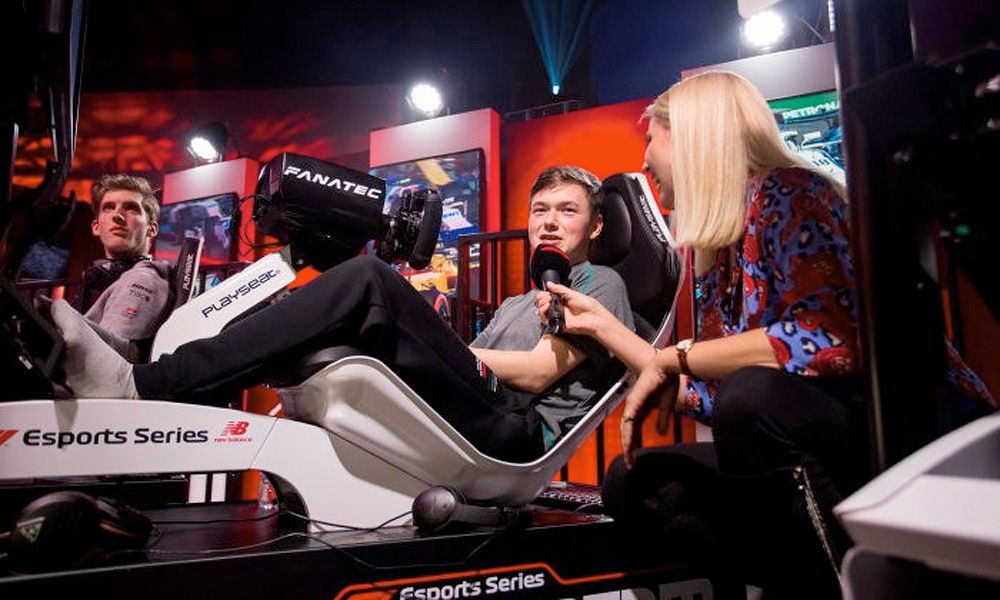 Rasmussen had pole but was jumped by Leigh at the start, only for the Toro Rosso to get back ahead with five laps to go. He was furious with Leigh's tactics, which left the Dane with front wing damage after the pair ran wheel-to-wheel through multiple corners.

"Brake checking, going 100kph too slow in the corners to break the car's behind wing, pushing people off every side by side moment," Rasmussen complained on Twitter. "By far the worst racing I've been part of."

Their ill-tempered clash allowed Bereznay to claim victory with Rasmussen in third as Leigh was dropped to fifth by a time penalty for exceeding track limits.

That handed second place to McLaren's Bono Huis, a season's best result for the team in both the virtual and real F1 championships in 2018.

His team mate, eRoC champion Enzo Bonito, was fourth having lost out in Singapore where he started from pole but was suffered a puncture after running over debris.