Macau GP winner and European Formula 3 championship runner-up Dan Ticktum will make his début in Formula 2 this weekend in the season finale at Abu Dhabi.

The Red Bull junior will make his first appearance in the series with the Arden team, which is run by Red Bull boss Christian Horner's father Garry. He will be taking over from Maximilian Gunther who scored the squad's only win of the season in the sprint race at Silverstone.

Ticktum's participation was confirmed by his inclusion on the FIA's official entry list for the event which has just been published.

The 19-year-old still has his sights set on a move to Formula 1, but currently lacks the necessary points for superlicence eligibility. It had already meant that Toro Rosso's plans to run the Briton at the in-season test in Hungary during the summer had to be shelved.

A dominant win in Macau has brought him to within five points of the number he needs to take part in Formula 1. Ticktum now plans to make up the deficit with a season in Japanese Super Formula with Team Mugen next year

“Obviously having five more towards the magic number is very, very handy," he told Motorsport.com this week. "“It means I won’t be under pressure to go and win whatever I will do over the winter."

There's an outside chance that Ticktum could still pick up the points he needs by competing in a winter championship such as the Toyota Racing Series in New Zealand where seven points are on offer for the title winner.

"I don’t think there will be a lot of drivers who will be able to challenge me in those series, without sounding too cocky," he suggested. “As long as I am in the right team and I do the right job, I hopefully will be able to achieve the magic 40 by next year."

That means Ticktum could still be a viable contender for the still-vacant 2019 Toro Rosso seat alongside Daniil Kvyat. 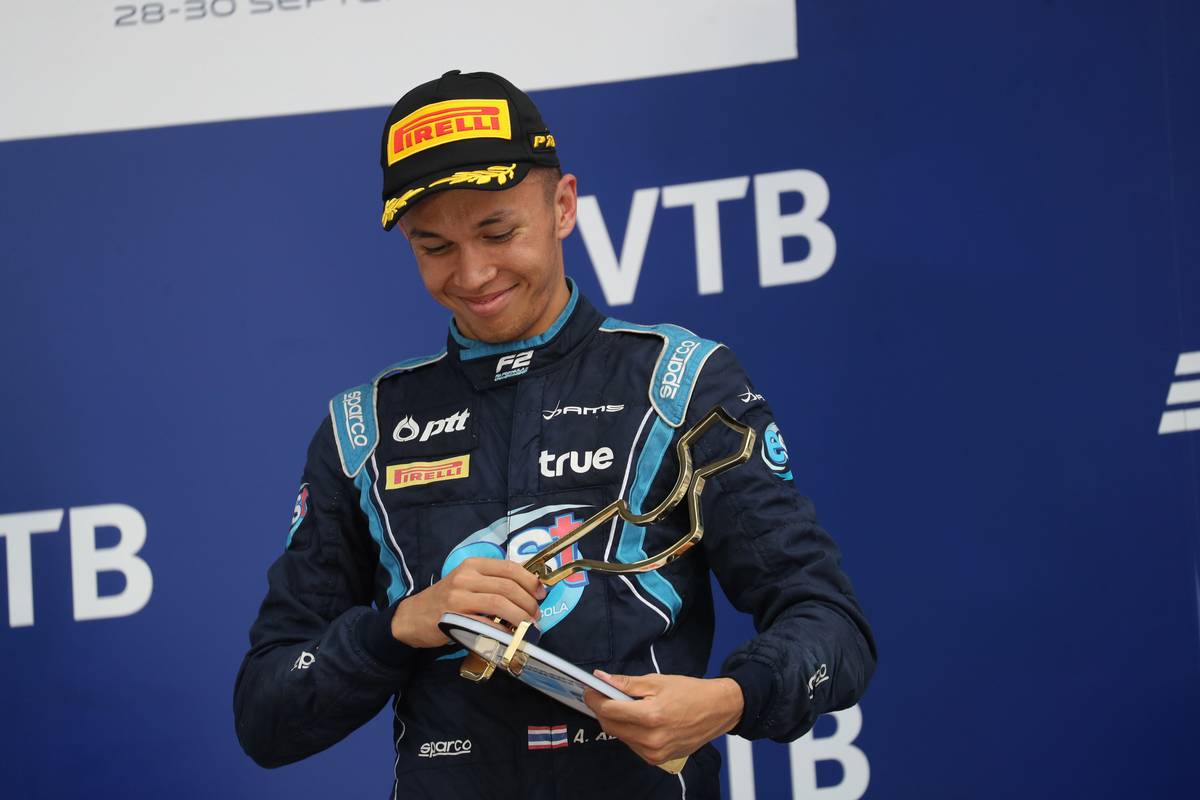 Current F2 title contender Alexander Albon remains the favourite for the spot, but the 22-year-old Thai-British driver has already contracted to drive in Formula E with the Nissan e.dams next year, which complicated matters.

"I'm focusing on the job in F2 this weekend," Albon said when interviewed by Autosport magazine this week. "We do our job, we do the best we can do.

"I won't let anything distract me from that, I don't pay too much attention to what's happening outside of my job," the DAMS driver added. "We've been strong in the races recently and I'm excited for the weekend."

To win the title, Albon will need to close a daunting 37 point between himself and current championship leader George Russell who has already signed for Williams F1 for 2019.

"If we do the best job we can, that puts the pressure on George," said Albon. "We're hoping for a slip-up [from Russell], that's how we have to see it.

"I think our race pace is getting better and better," he added. "We're trying to focus on qualifying as we've struggled a bit in the last few quallies of the year.

"I think we've improved and I know what I have to do. There's a few ideas we had and I could have done better [but] I don't want to tell George!"