Racing Point F1 pulled the covers off its new identity and livery today in Toronto, and introduced its new title sponsor Sport Pesa.

Racing Point - born last year out of the trials and tribulations of Force India - has retained its signature pink livery as Austrian partner BWT remains with the team, but the outfit has also brought on board the corporate blue color of sports betting company Sports Pesa, its prominent new title sponsor.

Racing Point will entrust its new car, which will be presented in Barcelona next week, to Sergio Perez and new recruit Lance Stroll, the son of the team's main shareholder and investor, billionaire Lawrence Stroll who was instrumental in ensuring the Silverstone-based squad's survival last summer.

"The long-term aim is to take this team to the very top of the sport. We are putting the building blocks in place and it’s important we take a good step forward in 2019 as we begin this new era.

"We want to be fighting for podiums on merit and aiming for a strong top four finish in the championship." 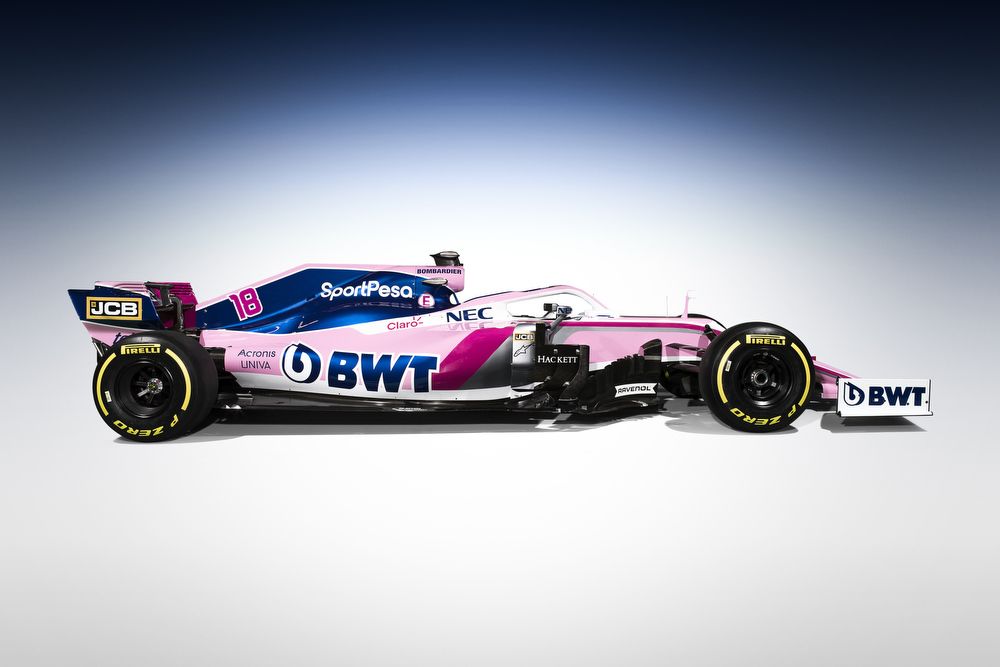