Sebastian Vettel gave the media a piece of his mind after Sunday's Chinese Grand Prix when the Ferrari driver was questioned about the Scuderia's use of team orders in the landmark race.

In the early stages of the landmark event in Shanghai, Charles Leclerc had been forced to yield to Vettel by the Ferrari pit wall, a tactic aimed at giving the German a clean opportunity to bridge the gap with the escaping Mercedes of Lewis Hamilton and Valtteri Bottas.

The plan failed however, leaving Vettel third while Leclerc finished a distant fifth, having been undercut by Red Bull's Max Verstappen.

In the post-race FIA press conference, Vettel was asked about his team's decision to swap its drivers' running order, and initially delivered a castigating reply, criticizing the media for what he perceived as frequent misleading reporting.

"Let’s put it this way, I knew the moment it was happening I would have to face these questions," he said.

"I’m not sure I want to answer because I’m a little bit against the way that you, all of you, work because you take bits out of answers here and there and put it into the wrong light.

"So if you ask me again in half an hour down in the paddock maybe I’ll give you a straight forward answer and you don’t write it down or record.

"It seems the way that not maybe all of you but some of you are working." 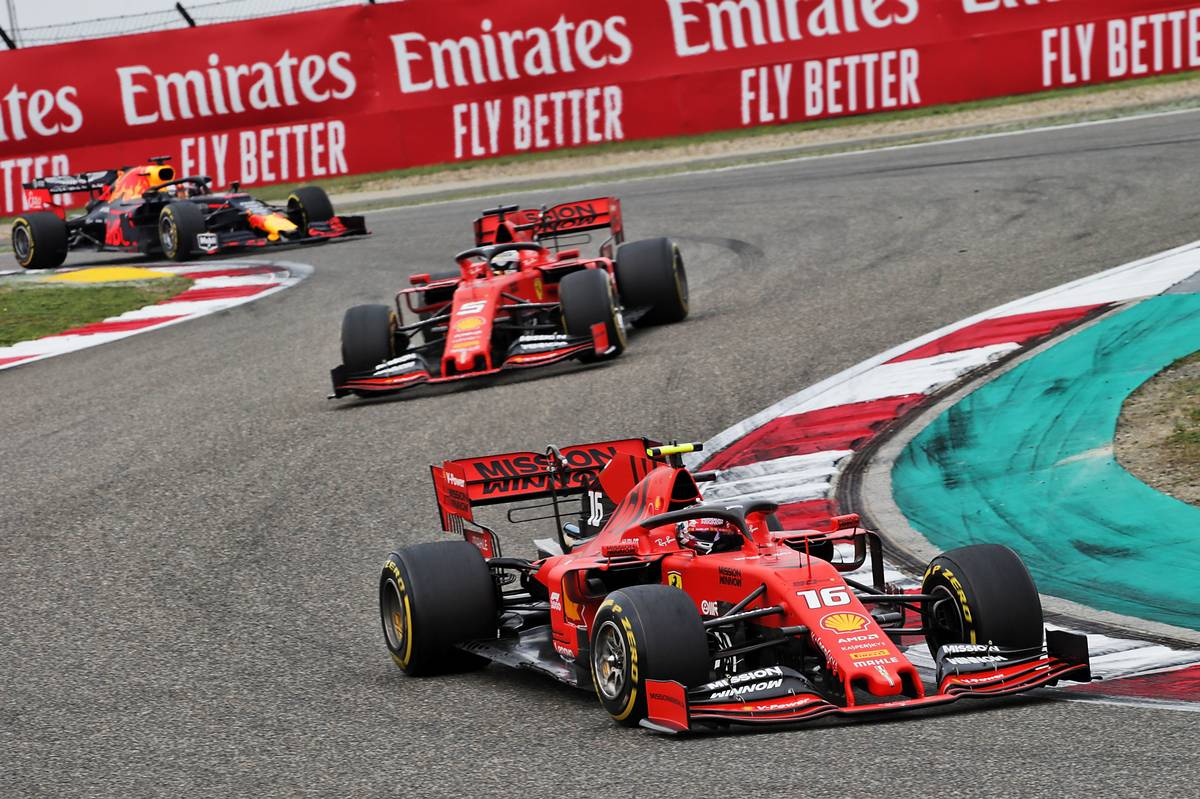 Vettel eventually came around towards addressing the issue, defending the Scuderia's call.

"I felt I was faster in the car," he said. "I was asked if I can go faster. I answered that I felt I can.

"I was a bit surprised when I was in free air, not surprised, but I was struggling a bit to put the laps together.

"Once I found the rhythm I think I was able to chip away but obviously the objective was to try and catch Mercedes. At that point obviously the gap was already quite big."

A short while later, at the Ferrari press conference attended also by Leclerc and Scuderia boss Mattia Binotto, Vettel elaborated on the day's events, and again took a shot at the press.

"Last week, or two weeks ago, Charles was faster, and it was quite straightforward, maybe a bit easier to pass in Bahrain," added the four-time world champion.

"But I think the upsetting thing after the race is that we didn't manage to finish third and fourth.

"I'm not keen to expand much further, because it's always a bit difficult, especially what you make out of the answer afterwards, so keep it there."

The German was than asked if there was a story in particular to which he had taken exception.

"Not really, it's just poor journalism in my point of view, but I'm not a journalist to judge, so you shouldn't take my judgement personally," he quipped.