Sebastian Vettel likely won't be walking away from Formula 1 at the end of the season, the Ferrari driver feeling he is currently at the top of his game.

Vettel is contracted to the Scuderia until the end of 2020 but a seemingly uneasy situation at Ferrari opposite team mate Charles Leclerc and widespread criticism of his performance from the Italian media could unsettle the German this season.

Also, Bernie Ecclestone, a close friend of Vettel, recently said that he wouldn't be surprised if the four-time world champion called it a day at the end of the current season.

“I’m not going to be in Formula 1 as long as he was, that’s for sure, but I hope I’m going to be as fit and as sharp as he is today when I’m hopefully that old," said Vettel, responding to Mr. E's comments.

"I don’t know, to be honest. At the moment I feel on top of my game, I feel that I know what I’m doing. I’m very very self-critical, very ambitious and I put a lot of expectation on to myself." 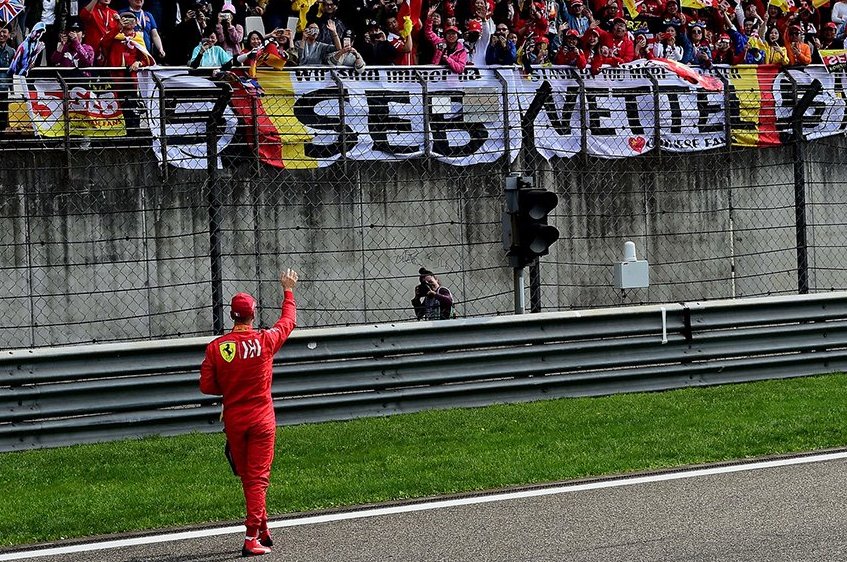 Last year, Vettel appeared well-placed to challenge Lewis Hamilton for the title until a string of mistakes wreaked havoc on his chances.

So far this season, Ferrari's results haven't lived up to pre-season expectations when the Italian outfit's 2019 contender was the class of the field.

"I love driving, I love the sensation of the speed, I love fighting with these guys so there’s a lot of things that at the moment I really like and I’ll miss so that’s why it’s not an option to quit tomorrow, I’m quite happy to race," he said.

"And then, yeah, I’ve got the contract but that’s a piece of paper and then we see what happens."