Antonio Giovinazzi admits that two years away from Formula 1 has made it difficult to find his form again now that he's back to racing full time.

Giovinazzi made his F1 debut in the first two races of 2017 as a late-notice stand-in for the injured Pascal Wehrlein.

But he was then sidelined until the start of 2019 before he finally got the nod as Alfa Romeo's full-time driver alongside Kimi Raikkonen.

"It’s not really easy to come after two years without racing," the 25-year-old Italian conceded this week, explaining that the lack of race experience was holding him back.

“It’s just so many things that you can study and try to learn,” he explained. “It is quite complicated, so I need just time to learn these kinds of things.

“It’s not only the [qualifying] lap - you need to learn the warm-up, the out-lap, brakes, managing the traffic," he added. "These are the things you need to improve and this is what I’m doing.”

Far from being overwhelmed by having a former world champion as his team mate, Giovinazzi insists that he's really appreciating having Raikkonen working alongside him.

"To have Kimi as a team-mate is a good reference," he said. "Of course he is a fantastic driver with a lot experience.

"He knows already what he wants before the race weekend, so this is something really good to see, but it's just experience in the end.

"For the team to have Kimi is something really good, just to improve the team and grow up really fast - and it's what we are doing and what the team is doing

“When I stop in the garage, [I] watch his data and try to see what I can improve," he said. "[If I can] just keep working like that, I think all the things will come together.

"Then it will be just a lot more easy to have a good result." 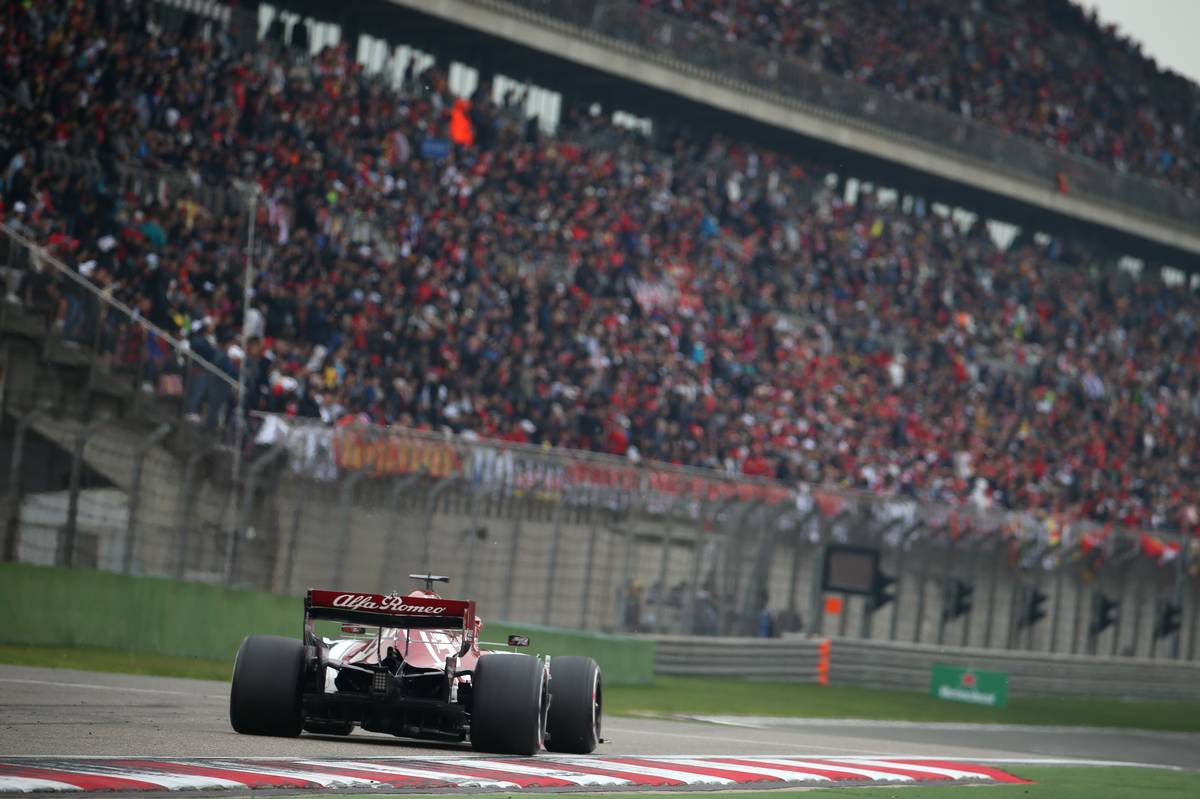 Giovinazzi's confidence wasn't helped by chronic power unit glitches that sidelined him FP1 and qualifying in Shanghai. So far he's yet to finish in the points, although a spirited run to 11th in Bahrain showed that the potential is there.

Meanwhile Raikkonen himself has shrugged off the teething problems with the Alfa Romeo C38 and managed to finish in the top ten in all three of this year's races since arriving from Ferrari over the winter.

"Generally I think in the races we have been good," Raikkonen told Motorsport.com. "But we started a bit far from our speed in my view.

"You try to catch up all race because you start behind," he explained, citing poor qualifying performances as a key factor in his races so far.

"We need to tidy up on Saturdays and overall the weekend, in practice, and make sure everything gets absolutely right.

"Then I think we can be more forward, because I think we have the speed," Raikkonen said. "If we could maximise everything over the weekend we could have got more.

"You always want more," he added. "[But] this is what we've got - and happy or not, it doesn't change anything."

Leclerc not spending much time thinking about 'stardom'