Mercedes says it will comply with Lewis Hamilton's request for changes to his dash layout after the Brit lost two seconds in Baku during the Virtual Safety Car period.

Hamilton was running two seconds behind race leader and team mate Valtteri Bottas when the VSC was activated in the closing stages of the Azerbaijan Grand Prix to allow for the evacuation of the retired Red bull of Pierre Gasly.

But when the racing resumed with ten laps to go, Hamilton's deficit had grown to 3.5 seconds, preventing the reigning world champion from challenging Bottas.

While the Brit initially believed he had been at fault for losing time under the VSC, Mercedes strategist James Vowles absolved Hamilton, insisting the lost time had been the result of an incomplete display of information on the Brit's steering wheel as well as his position on the track at the end of the VSC period.

"During the VSC at the end of the race, you would’ve seen Lewis lose a couple of seconds of race time relative to Valtteri, which could’ve been crucial to the win," explained Vowles.

"When the VSC ends, the driver gets a notification on his screen on his dash and that’s something that we have the ability to control what’s displayed and what’s not.

"We asked Lewis to do a number of switch changes, which is normal to put the car into a more performant mode. But with every change he lost sight of what that delta time was. 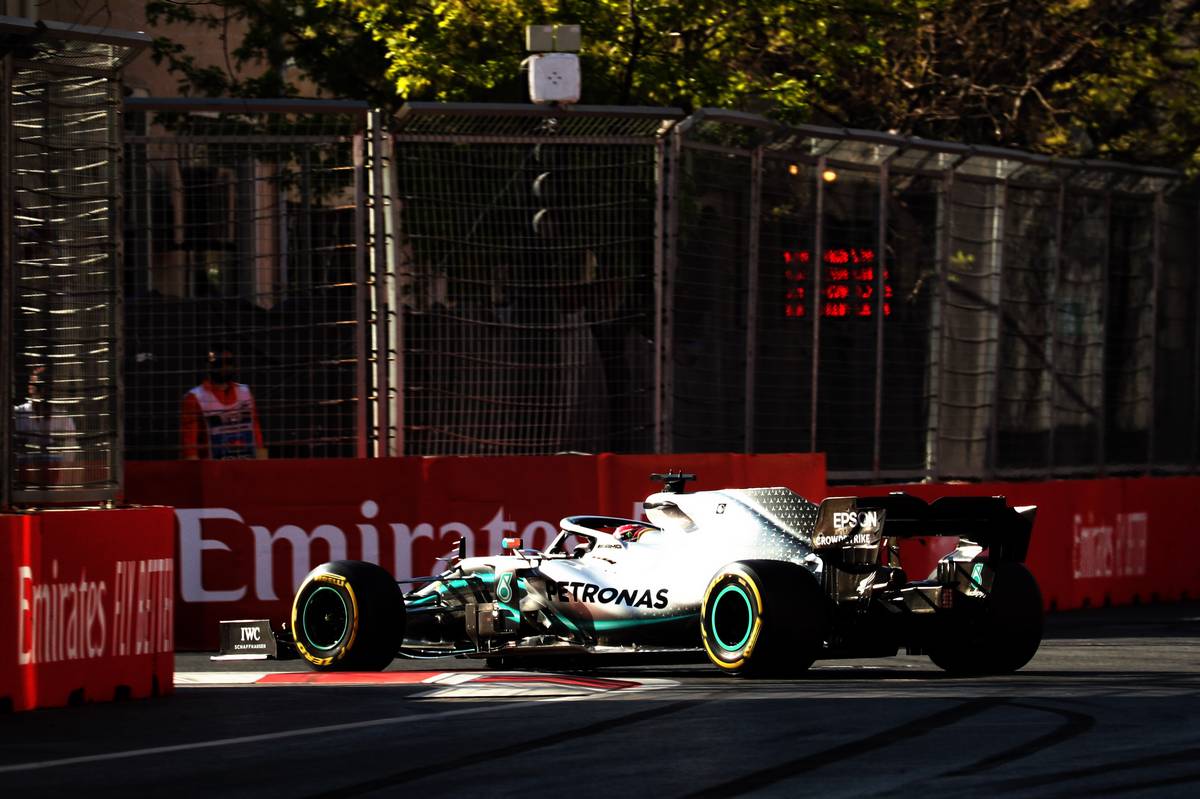 "The other factor that was contributing here was that if you are in a straight line, for example Turn 16, long straight, and the VSC ends all you have to do is manage the throttle and get on throttle and go straight.

"But Lewis wasn’t. He was in a braking zone for a VSC, one of the most difficult situations because now it is very difficult to modulate where you are on the delta time and get ready for the VSC restart.

"A combination of all of that put together means that Lewis didn’t make a mistake, it was where he was on track and a number of switch changes that just masked where he was on the exact delta time and he lost around two seconds."

To prevent a repeat of the VSC issue encountered in Baku, Vowles said Mercedes would modify the readout on Hamilton's dash display for next week's Spanish Grand Prix.

"We from our side can certainly do more work to make that better in terms of a dash display going forwards to Barcelona, and we will do," he added.

"The luck of the draw as to where you are under the VSC, unfortunately, will always be the same way."