Max Verstappen said he was happy with how he had performed in the Canadian Grand Prix, which saw him finish in fifth place behind the usual suspects from Mercedes and Ferrari.

"It was a controlled drive today," he said after an error-free afternoon at the Circuit Gilles-Villeneuve on Sunday.

It was certainly a strong result for the Dutch driver, given that bad luck in Saturday's qualifying session had seen him fail to make it through to the final top ten pole shoot-out round.

Normally that would have meant he lined up in 11th place on the grid, but a penalty for Carlos Sainz and a post-crash pit lane start for Kevin Magnussen promoted him to ninth - while still allowing him free choice of tyre compound on which to start the race.

He opted for the hardest compound, which put him at an initial speed disadvantage to those on the soft tyres, such as McLaren's Lando Norris who briefly overtook him at the start.

"We stayed out of trouble at the beginning of the race," he commented. “You see that McLaren has a good top speed, because they drive with less wing. That is why he could overtake me.

"I did not want to take any risk, so I stayed behind him. When his tyres started to trouble him, I was able to overtake him," he said. "It is so hard to overtake here. It is hard to follow."

Verstappen got his reward when drivers on soft tyres made early pit stops and fell back, while he was able to stay out for 48 laps by which time he was up to fourth place.

"I did a very long first stint which worked quite well to clear the traffic," said the 21-year old. "I tried to preserve my tyres and when the competition in front of me had to pit.

"Once we pitted I quickly cleared the Renaults relatively easily," he continued. "From there I pulled away and was able to focus on my own race.

"But we were not quick enough to catch the leaders," he added. "There was not much more I could do in the closing stages.

"My brakes became too hot, so I had to lift before the turns but that kept my brakes okay. 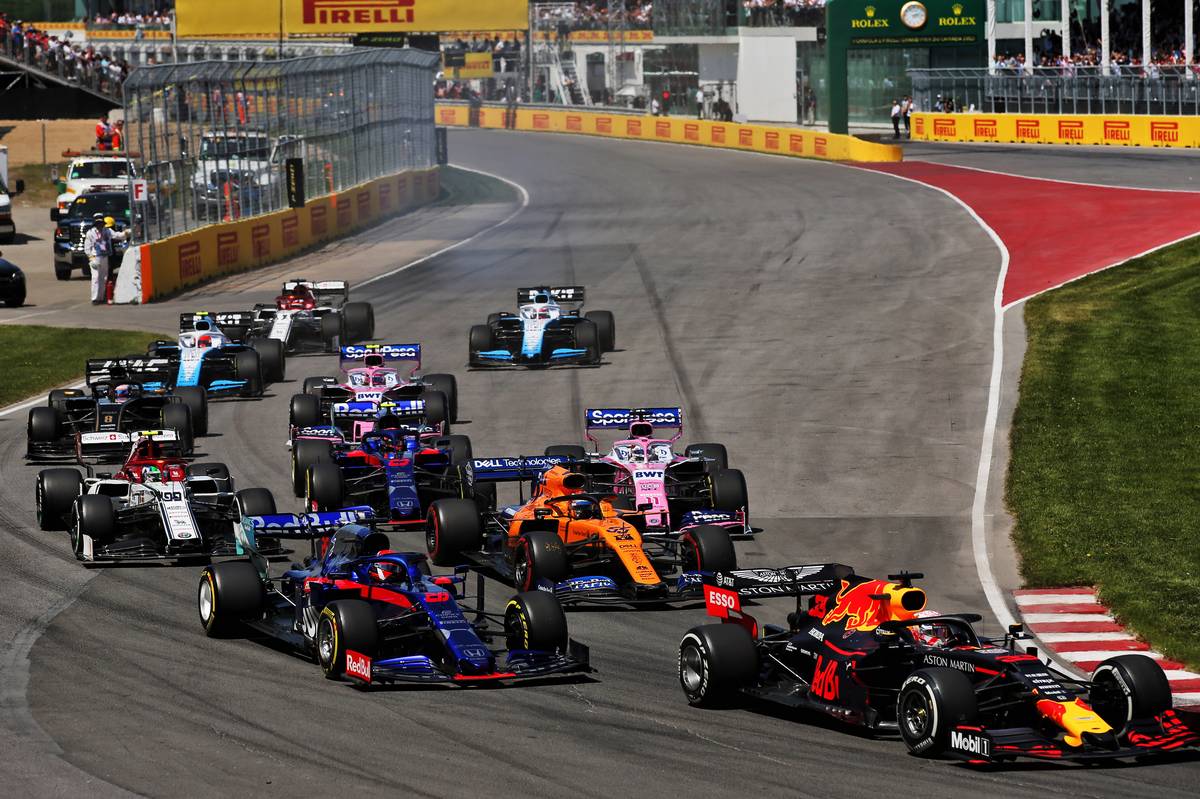 "I was able to drive my own rhythm, but that was not very quick in comparison to the top.

"I think realistically fifth was where we expected to finish. It was at least fun doing a bit of overtaking and we scored good points again.

"It was not our weekend and I would of course like more, but we have to work hard now to try and close the gap at the next race.”

"He lost quite a bit of time in the early laps clearing traffic but running long on the hard tyre was a strategy that worked well. He managed a small brake issue in the last few laps but finished the race comfortably in P5."

Meanwhile Verstappen's team mate Pierre Gasly finished in eight position having started from fifth, albeit with the handicap of the soft compound.

"Fifth and eighth were not the results we were looking for," admitted Horner. "But heads down, and the focus is on Paul Ricard.”

Stroll: 'This one is up there with some of my best'