Ferrari's Charles Leclerc and Sebastian Vettel were nowhere closer to challenging their Silver Arrows rivals in FP3 than they were on Friday, and neither was Red Bull's Max Verstappen who ended his session fifth, 1.3s off Bottas nest time.

As the weekend unfolds, temperatures continue to rise at Paul Ricard, forecasting more tyre struggles for the teams, especially regarding Pirelli's soft compound.

Saturday morning's final practice session usually entails qualifying sims but before everyone put their head down, install laps were in order at the outset.

Fifteen minutes in, only three drivers - Kvyat, Kubica and Hulkenberg - had put a time on the board.

Eventually the field got going, with Daniel Ricciardo popping to the top with a 1m32.690s but the Aussie was inevitably overhauled by Bottas and Hamilton as soon as the Silver arrows pair got up to speed. 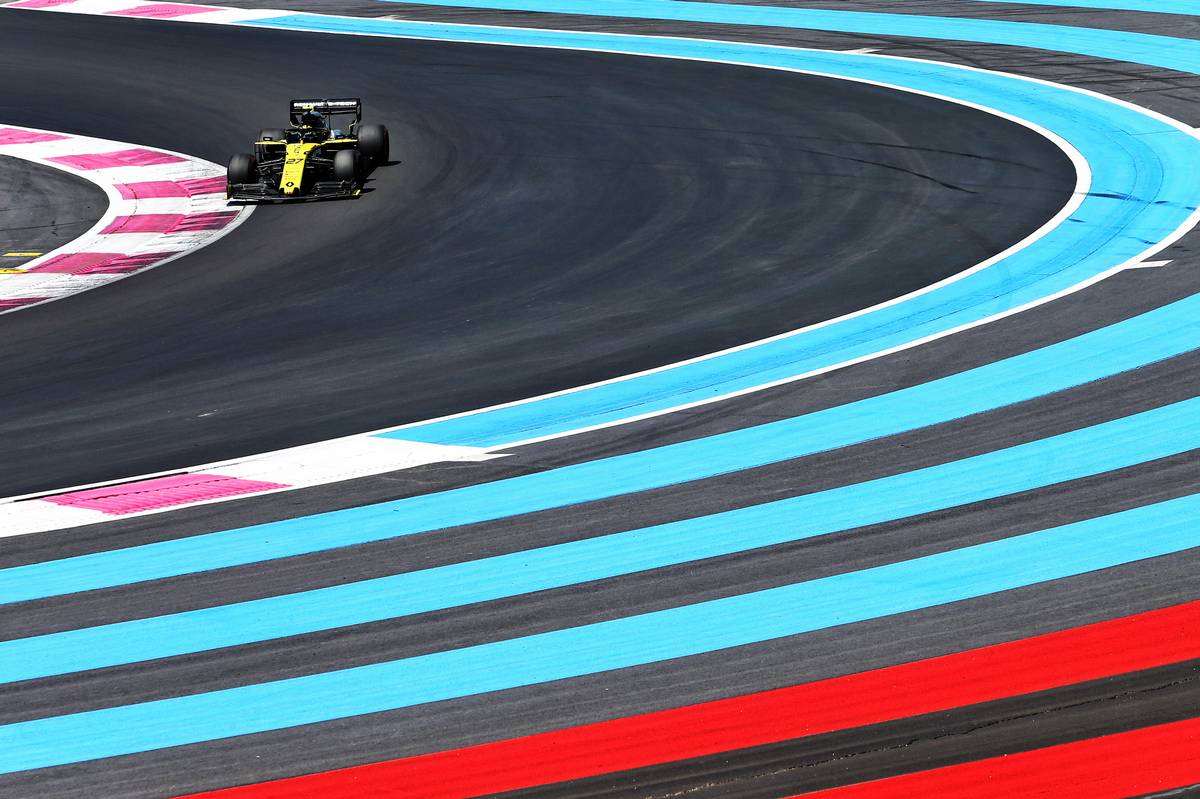 Leclerc split the Mercedes drivers, just 0.083s behind Bottas' 1m31.383s. The Ferrari camp then ramped up its pace, with Vettel moving ahead of Hamilton and Leclerc improving enough to go to the top with a 1m31.118s.

Not to be outdone, the Mercedes pair responded however, with Bottas breaching the 1m31 level at the halfway point, his team mate snapping at his heels.

Further down the order, Ricciardo and Hulkenberg led the midfield pack but McLaren confirmed once again its solid form in France, with Lando Norris and Carlos Sainz comfortably performing in the top-ten.

Bottas, still running on the soft tyre, as everyone else, lowered his benchmark to 1m30.159s, but Hamilton trailed by just 0.041s.

Some productive late efforts in the session tweaked the order among the top-ten with Pierre Gasly lining up P6 behind Verstappen, and Alfa Romeo's Kimi Raikkonen placing tenth.

Overall however it was another Mercedes lock-up at the front with few indications of an upset lingering on the horizon for qualifying.