Lewis Hamilton has been demoted three places on the grid for the Austrian Grand Prix by race stewards as punishment for blocking Alfa Romeo’s Kimi Raikkonen on track during qualifying.

It means that Hamilton loses his provisional front row spot and will now line-up in fourth place for Sunday's race due to the specific way in which the penalties are applied in the case of multiple grid demotions.

"Totally deserved the penalty today and have no problem accepting it," Hamilton wrote on social media.

"Was a mistake on my behalf and I take full responsibility for it. It wasn't intentional. Anyway, tomorrow is another day and an opportunity to rise."

Hamilton had found himself in the way heading into the hairpin. Although he tried to get out of the way but running straight on and going off the track, it still distracted Raikkonen and cost him a shot at setting a new flying lap time.

“He should have slowed down and let me pass," said Raikkonen. "He cannot slow down and then speed up. He went over the kerb and into the run off

"I don’t know why he didn’t slow down on the right hand side," he added. “He blocked me, as simple as that! How can it be so difficult to move out of the way for people?"

The FIA race stewards agreed with the Finn. In the official statement announcing the decision, they said that they had "reviewed video evidence and heard from the driver of Car 7 [Raikkonen] and the driver of Car 44 [Hamilton] and the team representatives.

"Car 44 had just come out of the pits and was informed of the cars approaching, including Car 7.

"Although Car 44 tried to take evasive action when he became aware of car seven approaching on a fast lap, it was not sufficient to avoid impeding Car 7, which had to then abort the lap.

The statement therefore concluded that Hamilton had "unnecessarily impeded Car 7 at turn three.”

As well as the three place grid drop, Hamilton has also been given one penalty point on his superlicence, the first demerit he's received in the last 12 month period. 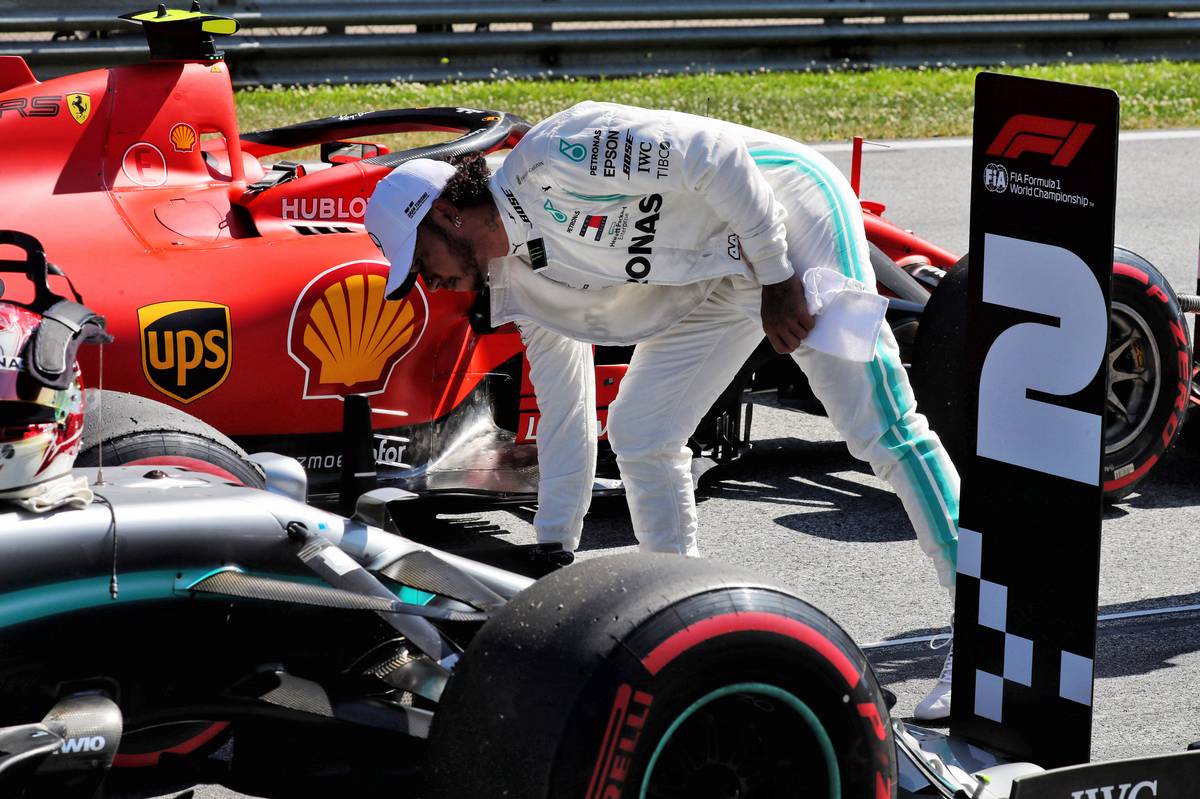 Williams driver George Russell also fell foul of the race stewards for a similar offence. He was also given a three-place grid drop after being deemed to have blocked Toro Rosso's Daniil Kvyat in Q1.

Kvyat was forced to take evasive action when he rounded the superfast turn 9 to find a train of cars ahead of him. At the tail end was Russell, who was offline after having been overtaken by Kvyat's team mate Alexander Albon.

Only lightning-quick reflexes from the Russian driver avoided what could have been a very nasty and violent accident.

“I could have killed him," Kvyat told the Toro Rosso pit wall after the near miss.

"It is very frustrating," he said later. "The feeling with the car was good throughout the session and I was on a good lap time which would have put me through to Q2.

"It’s a shame not to be able to show what the car was able to do today due to these things which are out of my control."

"I was warming my tyres up and there was a bunch of cars ahead doing the same.," explained Russell. "Daniil was on a flying lap and he closed quicker than expected due to the queue ahead.

"I tried to stay to the inside but the next thing I knew, he was driving around the outside of the track. It is a bit frustrating but just one of those things unfortunately. I apologise to Daniil as it was nothing intentional. 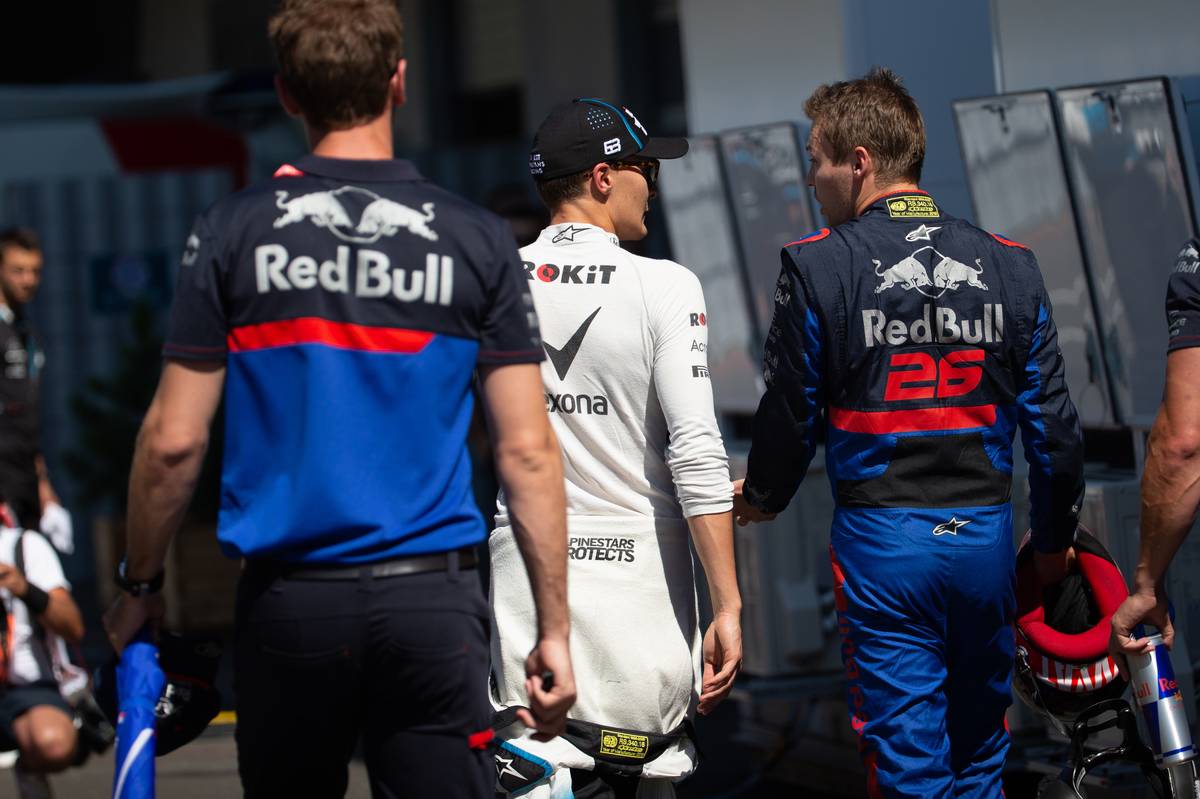 However the stewards clearly agreed with Kvyat's view that Russell had been to blame for the dangerous incident.

“The Stewards noted that Car 63 was not given the requisite warning by the team in a timely fashion about Car 26 approaching on a fast lap.

"Furthermore, the situation was compounded by Car 23 [Albon] overtaking Car 63 during a slow lap, just before the incident in question.”

Like Hamilton, Russell has also had one penalty point added to his superlicence.

The penalty means that he will now start the race from 18th position, just behind his team mate Robert Kubica.

The back row will consist of two drivers who have received grid penalties for exceeding their power unit element allocations - Albon and McLaren's Carlos Sainz.