It was but a seventh-place finish for Daniel Ricciardo in Sunday's British Grand Prix but the Renault driver felt the performance represented a "big result" for his team after its Austrian travails.

From seventh on the grid, Ricciardo lost a spot to McLaren's Lando Norris at the start but the Aussie kept his head down, proceeded with his scheduled switch to the medium tyre on lap 13 before stopping again to take on a set of hard tyres during the three-lap Safety Car period.

The rotation set the Aussie up for a proper chase down of Carlos Sainz, the Renault and McLaren drivers running nose to tail during the closing stages of the race, but with Ricciardo unable to gain the upper hand.

"I could see Carlos right in front of me in P6 and we had a bit of pace on him," Ricciardo explained.

"I could follow relatively well but it was that case of getting an extra car length or two closer, then I lost the extra bit of downforce which I probably just needed to have a proper attack on him."

While Ricciardo came up short, his focus was on the performance rather than the result.

"From what we could have done today I'm actually happy," he added.

"And where we were two weeks ago, I think the result is a big one for the team and an awesome recovery.

"We had pace on McLaren in qualifying and also in the race we could run with them so we've got to be pleased, that’s encouraging for me." 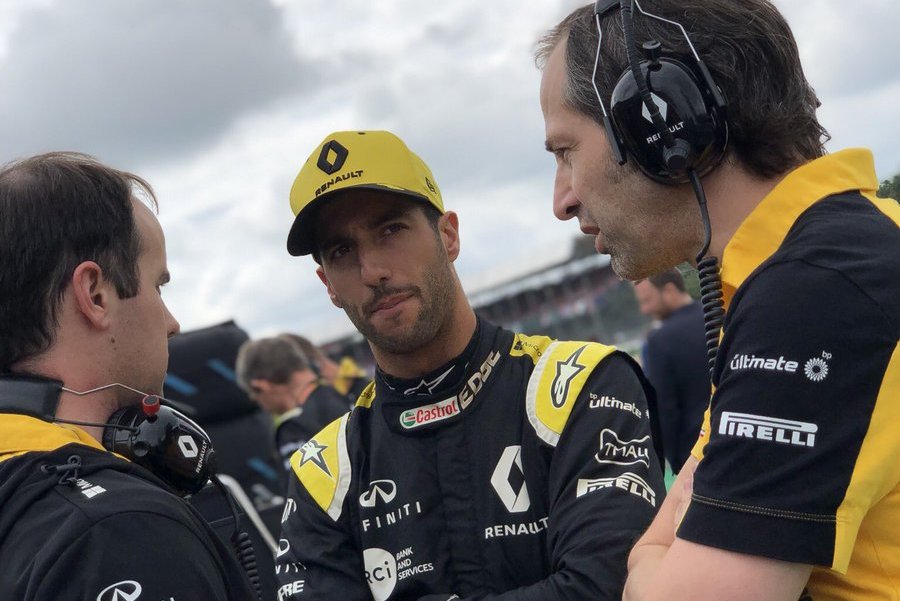 Slowly but surely, Ricciardo and Renault are coming together, and the Honey Badger is enjoying the experience.

"Obviously I want to get as far up the grid but at the end of the day, as long as I feel like I'm fulfilling myself and the team recongnizes that, that’s' all we can ask for," he admitted.

"This isn't a championship year for us so we've got to take those positives.

"I'm certainly gelling with the guys and enjoying this little steppingstone in my career and it's been good. We're getting there, we're working on it."