Pirelli has revealed the teams' individual tyre selections for next week's German Grand Prix that will take place at Hockenheim.

F1's exclusive tyre supplier has chosen the C2, C3 and C4 soft, medium and hard compounds for the eleventh round of the world championship where Renault will outweigh its rivals in terms of soft tyre allocation.

The French outfit - along with Toro Rosso - has selected 10 sets each of the red-rimmed rubber for Daniel Ricciardo and Nico Hulkenberg while the latter has opted for just a single set of the yellow medium tyre.

Ferrari trails Renault in terms of soft compound choice, with Sebastian Vettel and Charles Leclerc receiving nine sets each, but the pair have split their selections thereafter, with the German choosing three sets of the medium tyre against two for Leclerc, and just one set of the hard compound against two for the Monegasque.

Mercedes and Red Bull will have identical allocations of the soft tyre, their drivers relying on eight sets each of the yellow rubber.

While Max Verstappen and Pierre Gasly have opted for the exact same allocation across the board, Lewis Hamilton has chosen for four sets of the medium compound while Valtteri Bottas will have only two. 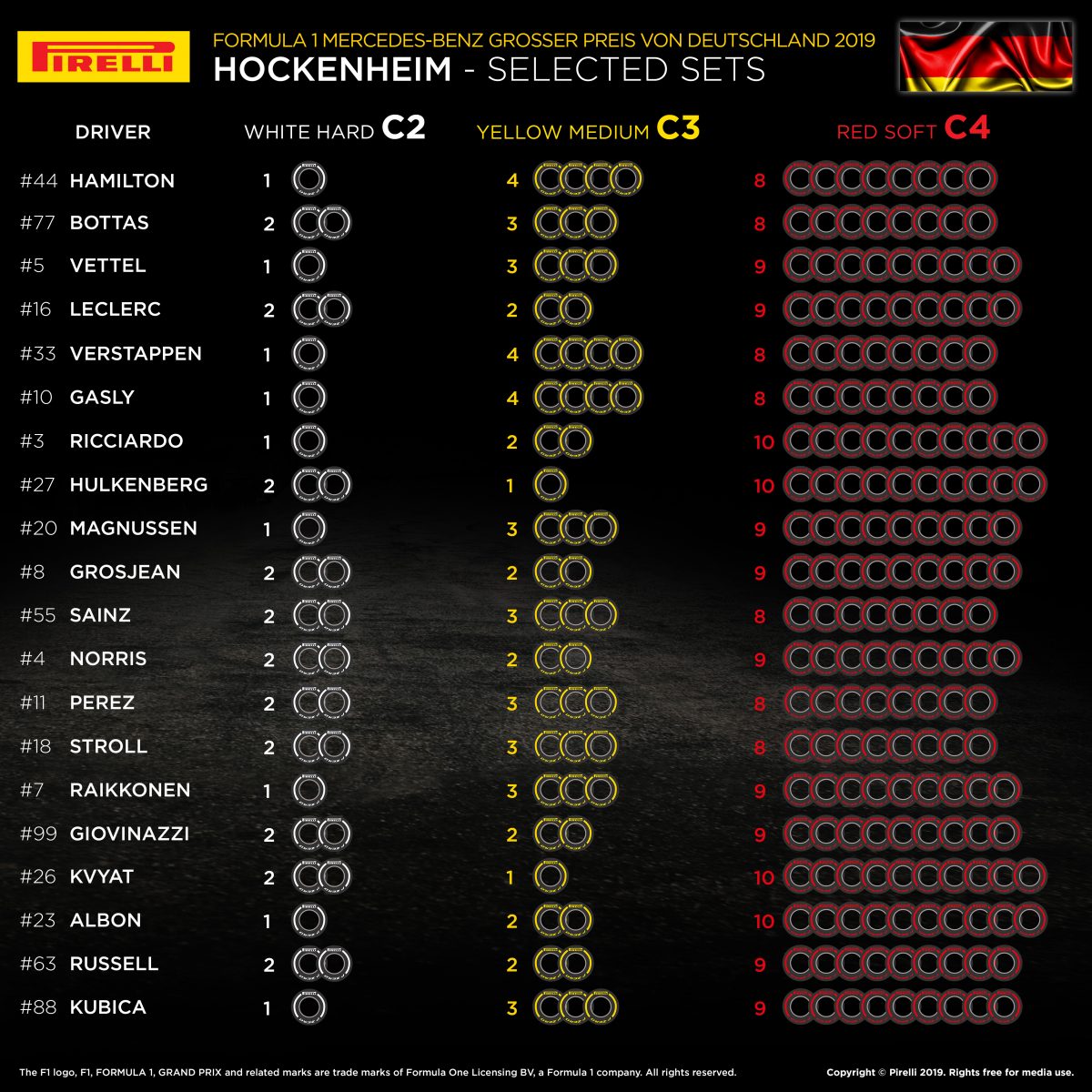 Red Bull says Gasly was 'a different driver' at Silverstone

Rich Energy gets a new name as CEO Storey is forced out!