Red Bull says that it is working hard to eliminate the 'turbo lag' issue that held Max Verstappen back during the British Grand Prix weekend.

“I think it was just the speed at which Max is applying the throttle,” team principal Christian Horner reported this week.

He said that the RB15's revised aerodynamics had given Verstappen the confidence to use the throttle so hard and fast that the engine electronics simply couldn't cope.

"It is something that hasn’t been seen before," Horner said, adding that he hoped it could be addressed in time for the next round in Germany.

"It is type of thing that can be tidied up on the dyno," he told Motorsport.com. "I believe it is a Honda thing, but they seem to be quite confident about it."

Verstappen said that the 'lag' issue he experienced during qualifying at Silverstone was small but frequent. Normally resolved by tweaking settings on the steering wheel, this didn't prove possible at the time.

"We had a discussion with Max - which RPM, where in the throttle, how did he apply it, and when did he feel lag," acknowledged Honda F1 technical director Toyoharu Tanabe. "Then we looked at the exact place.

“It’s a different type of issue. Our understanding is that it is a big issue," he warned, adding that it was still under investigation at Honda's Sakura R&D facility in Japan. 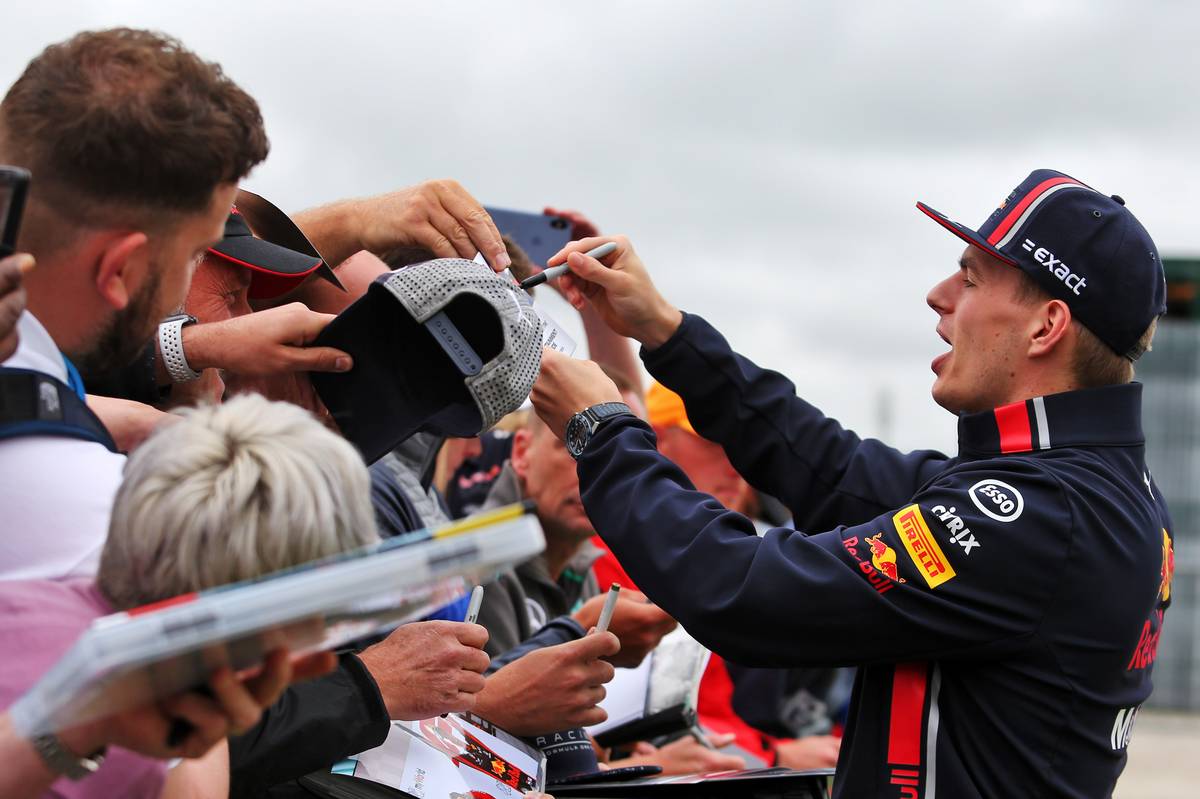 Verstappen is certainly hoping to have the 'big issue' resolved in time for the next Grand Prix at Hockenheim, which is expected to see another huge influx of orange-clad Dutch fans packing the grandstands to cheer their idol on.

"I like the German Grand Prix and there are always lots of Dutch fans to support us at Hockenheim as it’s not far to travel," Verstappen beamed.

"The stadium section is very cool as you enter into a fast corner and then a banked corner with only a small area of run-off," he said when asked what he thought of the circuit.

"There is quite a bit of time to be gained through the last few corners if you get the right flow onto the straight.

"I think it’s going to be a warm weekend again which is always more challenging and more fun," the driver added. "We’re on a good run with the car and improving every weekend, so I can’t wait to get started."

"We have confidence going to Hockenheim given the performance at Silverstone," added Horner. "We've definitely unlocked some potential in the car.

"Hungary is a track we have always performed well at, so that's encouraging for us. And certainly for a circuit like Hockenheim."

Wolff prefers Hamilton to be 'polarising', not boring

Vettel: No need for F1 to go into 'fancy' cities