Robert Kubica and George Russell will be running with the Williams team's latest upgrades to the struggling FW42 in Friday's practice sessions for the German Grand Prix.

Williams is the only squad yet to score any championship points in this year's F1 season, and is in desperate need of improvements if it is to close the gap to the rest of the midfield teams.

“I think hopefully this weekend will be the first time of the year where we see a small step forwards," said Russell.

"Then I’ll have it on my car for Saturday," he revealed.

The team was giving few details about what upgrades would be making their appearance in Hockenheim, but reports suggested major revisions ot the car's floor and to the bargeboards.

"We have a few new bits on the car which is a continuation of what we introduced a bit in Silverstone," said Russell. "We’re looking forward to seeing how they do.

Russell said that the upgrades were "focusing on getting the car faster, getting more downforce on the car. Hopefully they will work as expected, and should be a good improvement."

"How much that will be not sure yet, but definitely some visible changes to the car for this weekend," Russell explained. "It’ll be a step forwards."

However the British rookie driver said that no one should be expecting any sudden improvements in Williams' performance this weekend.

"I’m still sure we’ll be slowest still," he said. “[Even if the upgrade] reaches our targets we’ll still definitely be slowest this weekend. But we know we’ve got more to come later in the year.

"If they work as expected it’d be positive for us," he continued.

"I won’t give a figure on that in terms of a number, but we have some expectations of where we think how much it should improve by. 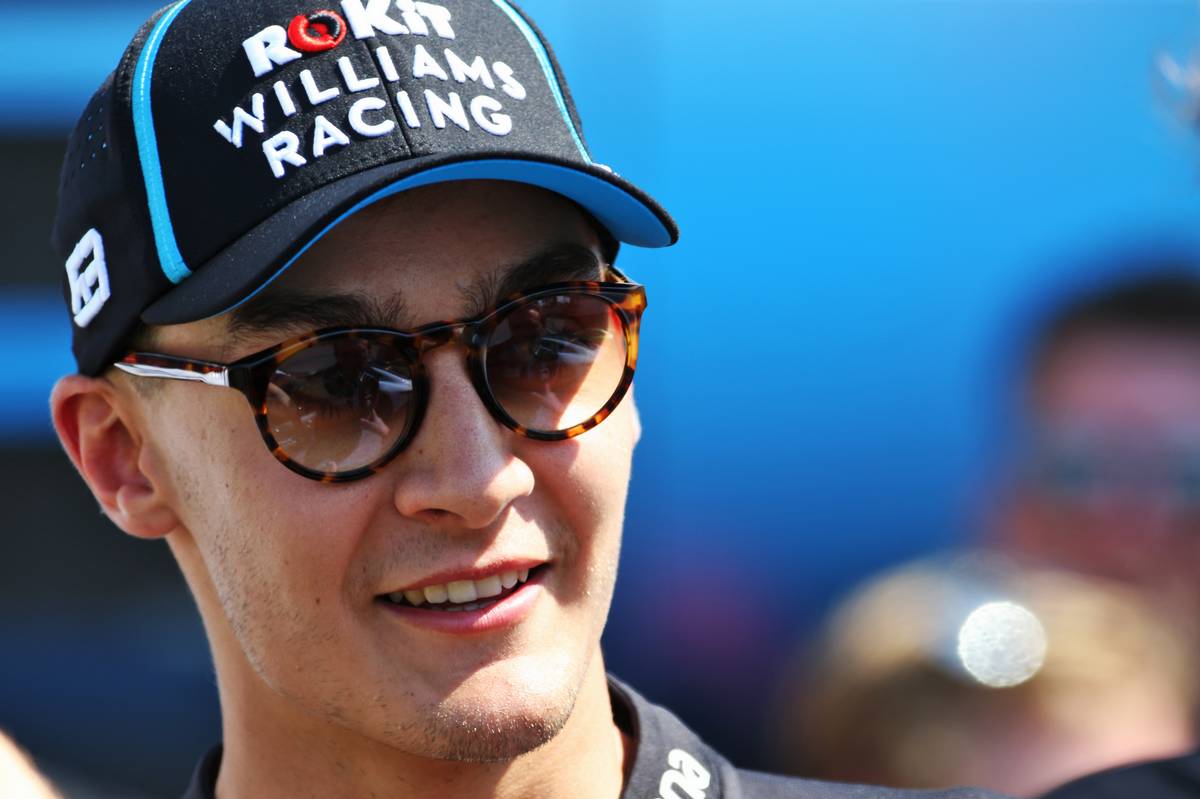 Russell said that there was a lot going on behind the scenes at Grove. "We’re definitely seeing a lot of progress so we hope that translates onto track as well," he explained.

"A considerable amount has been done back at the factory," he added. "It certainly feels that we are in a much better position than we’ve been.

"It’s now just about moving forward and continuing the development path that we’re on."

Russell said that the team was "hoping that we can continue to close down the gap to pinpoint kind of platform that we needed to make progress.

“It just demonstrates the spirit that we’ve got with Williams still. The teamwork that we’ve got, and the morale to keep pushing and to keep fighting to get us back to where we want to get to."

Russell has said that he's not thinking about where he will be in 2020 at this point of the maiden season in F1.

"I'm absolutely committed to Williams at the moment," he insisted. "The only way I wouldn't be at Williams next year is if I was in a Mercedes.

"If the opportunity came along at Mercedes, that would obviously be fantastic, but that's not at the forefront of my mind.

"I'm just fully focused [on Williams]," he stated. "Everything we're doing now is also working towards next year's car and making that to a much better level than our current car is."

Pirelli primer: which tyres for the German GP?