Red Bull's Max Verstappen has maxed out on Pirelli's C4 soft compound for next week's Italian Grand Prix, the Dutchman selecting 10 sets of the red-rimmed tyre.

Only Racing Point's Sergio Perez and Lance Stroll have matched Verstappen's allocation, while Mercedes and Ferrari's chargers have each opted for just eight sets of the soft rubber, the lowest inventory of all the teams and drivers.

Amon the front-runners, Lewis Hamilton has stocked up on three sets of mediums and two sets of the C2 hard tyre, while Valtteri Bottas' choice includes four sets of the yellow medium and just a single set of hards.

Over at Ferrari, Sebastian Vettel will also relo on four sets of medium and Leclerc has elected to go with three sets of the C3 yellow compound. 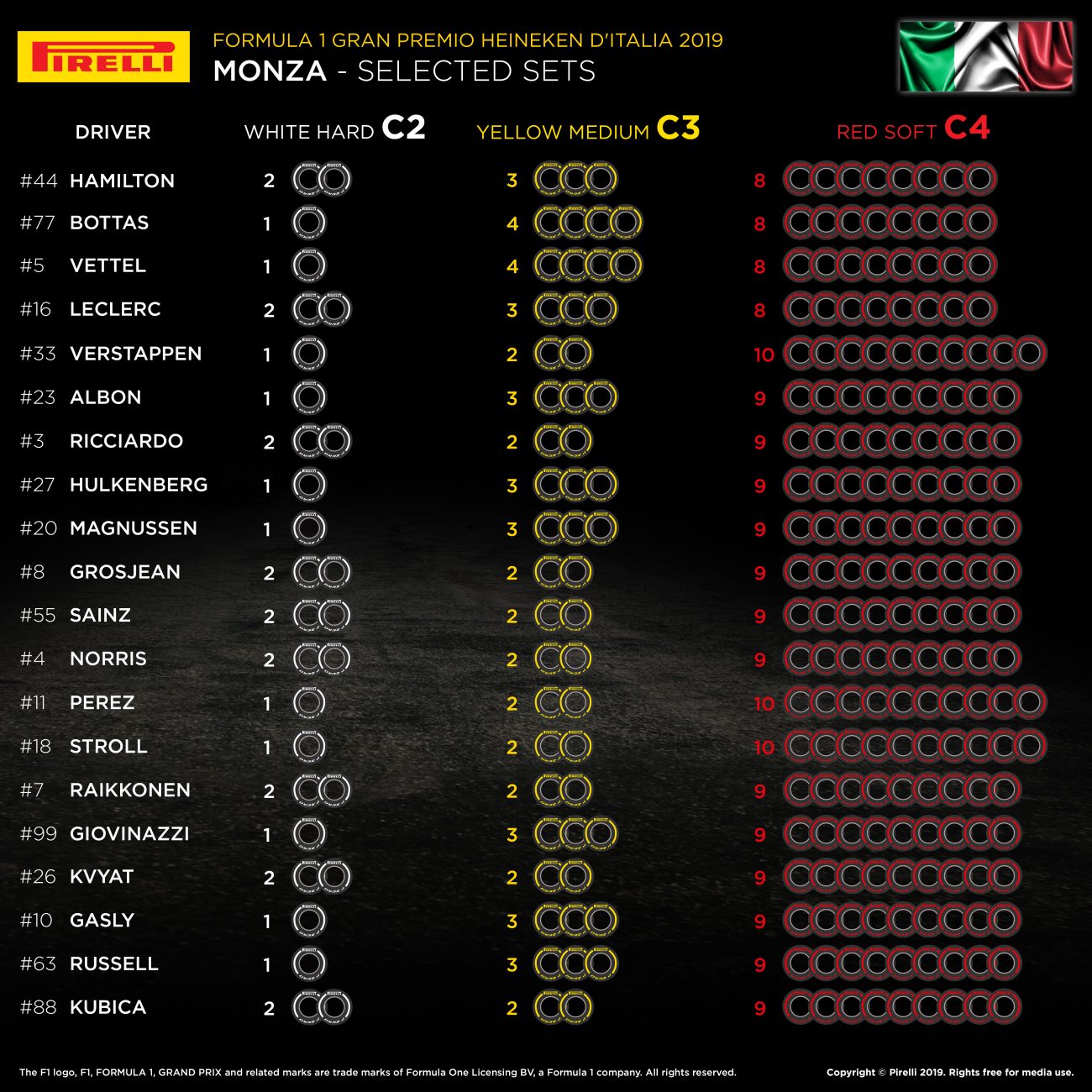 Haas drivers will have same-spec cars at Spa