The award of 'Driver of the Day' attributed by F1 fans was but a small consolation for McLaren's Lando Norris who suffered a heartbreaking retirement from P5 on the final lap of the Belgian GP.

Norris had dodged the opening lap incident at La Source between Max Verstappen and Kimi Raikkonen to hold snatch fifth and follow the train of front-running cars ahead.

An uneventful 43 laps followed thereafter, but the 19-year-old's impeccable run suddenly came to a halt as Norris concluded his penultimate lap, his McLaren's Renault engine brutally calling it a day.

"I was on for my best result," lamented Norris, speaking to Sky F1. "As a team, it was our joint best result from what Carlos [Sainz] has achieved.

"Things were looking so good and looking up I guess, because for a while I haven't had a great result for myself.

"So I came on the radio but then when I came onto the last chicane and it just got worse and worse. The guys were looking at it, but there was nothing we could do, nothing the team could do. It was just a failure when we started the final lap."

Norris admitted he was lucky to steer clear of the first lap incident at Turn 1, helped in large part by his decision to stick to the inside line on the approach to La Source. But that choice was anything but instinctive he explained. 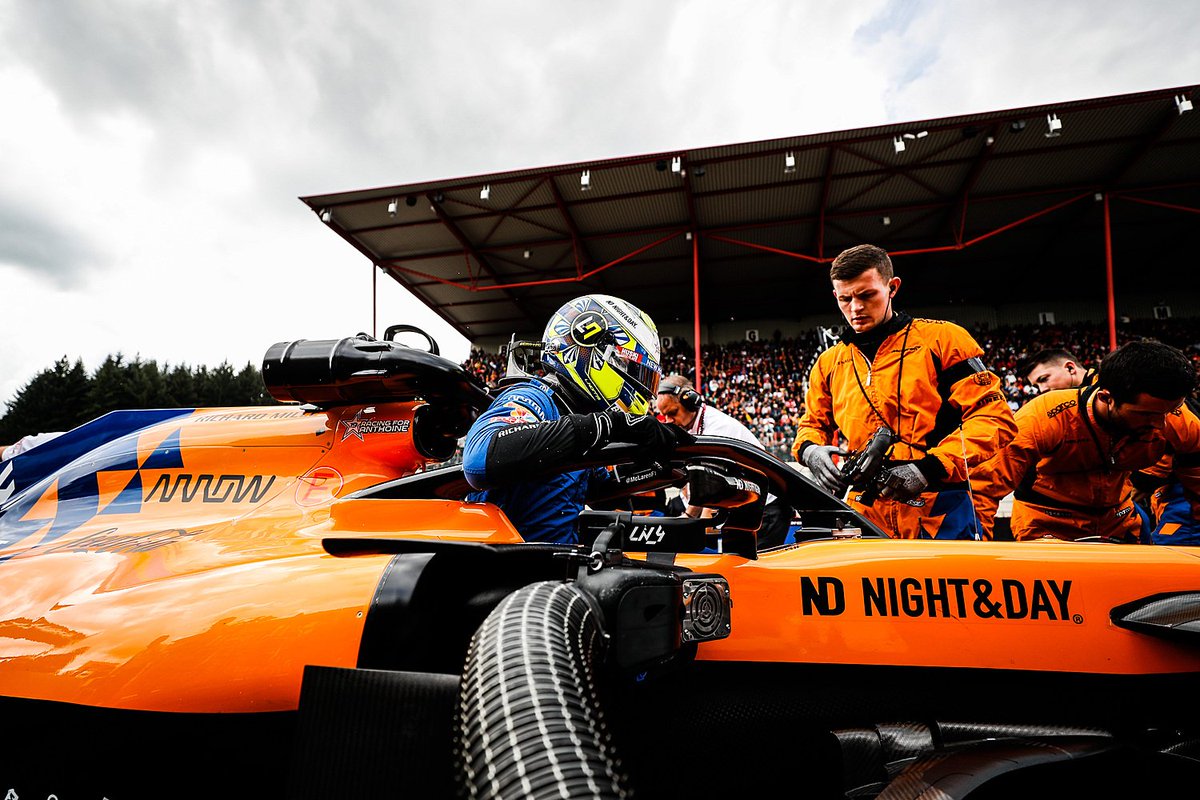 "From looking at onboards from previous years, the inside line looked like a slightly better approach then trying to go around the outside," he said.

"I felt like I did my homework, it paid off and led to a very good race."

Norris spent the better part of Sunday's race on his own, with not a car in sight, either ahead or behind.

More seriously, Norris admitted he was venturing a bit into the unknown regarding his race pace following his subdued performance in free practice on Friday.

But improvements brought to his MCL34 for Saturday's qualifying session fortunately transferred over to the race.

"Our pace was very good, we just need to focus on why we were not so good on Friday, in P1 and P2, and how the changes we made transformed the car in a really big way.

"We need to sit down, do our homework and try to come back at Monza, which is going to another tough track for us, stronger."

Binotto explains Ferrari's use of team orders at Spa

Vettel has no problem with use of Ferrari team orders