Lewis Hamilton says that the new rising stars of Formula 1 such as Charles Leclerc and Max Verstappen are being treated more leniently than his generation of drivers.

His complaint came after race stewards in today's Italian Grand Prix declined to take action against Leclerc when the Ferrari driver muscled Hamilton into the run-off at the second chicane at a critical moment in the race.

Hamilton complained about the move over the Mercedes team radio, but Leclerc was only shown the black-and-white flag warning about driving standards for the incident rather than being handed a penalty.

“It seems the new generation get away with a lot more in that area, that space of how they manoeuvre their car compared to, I would say, the more experienced drivers,” Hamilton told Sky Sports F1 after the race.

However he said it was pointless to complain about it any further in public. “It doesn’t really matter what I think,” he shrugged. “We’ve gone over and over this multiple times.

"I don't really have anything to say about it," he said. "We've gone over and over this multiple times, it’s pointless me bringing it up. I avoided the collision and then just kept focusing and trying to get close again.

“But it’s good knowledge [for the future]," he said, adding a warning to his young rivals: "Now I know. I look forward to the next one.”

Despite the tension, Hamilton was first to congratulate Leclerc on his victory after the chequered flag. It's the 21-year-old's second win in consecutive weekends following his maiden victory at Spa last week.

"Congratulations to Ferrari and to Charles, he did a great job," Hamilton acknowledged. "[He was under] a lot of pressure from both Valtteri and I.

"I did the best I could I think. Obviously following so closely for such a long time meant the tyres eventually just went off a cliff. 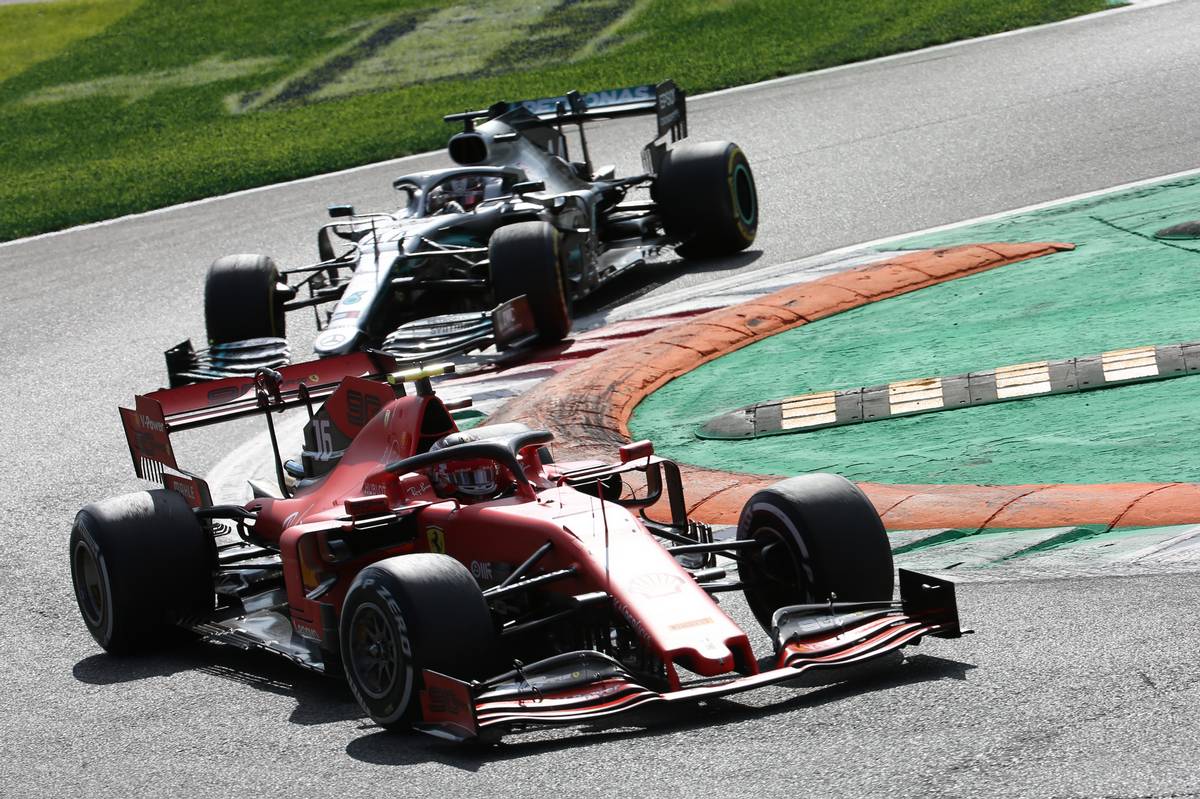 "Nonetheless they [Ferrari] were much quicker today, much quicker in a straight line so even if we did get close we couldn't pass. So not our day, but still strong for the team."

Despite Leclerc's victory, the fact that Hamilton and his team mate Valtteri Bottas finished third and second respectively means that the Silver Arrows have increased their advantage at the top of the standings by a further nine points.

With seven races to go, Mercedes are now on 505 points compared to 351 for Ferrari, with Red Bull further back on 266 points.

"We pull away from Ferrari in the constructors championship and ultimately that's what really matters," agreed Hamilton.

In the drivers' title battle, Hamilton has been reigned in a little by Bottas - but only by two points, after a late pit stop and fresh set of soft tyres enabled Hamilton to pick up the bonus point for fastest lap in the race.

But Hamilton insisted that thoughts of his looming six world championship remained far from his mind at this stage.

"Honestly just trying to do better each race," he said. "I'm not really focussed on that at the moment.

"Of course it's a healthier lead than I've been in in the past, so obviously I'm grateful for that."