Daniel Ricciardo says his fourth-place finish in Sunday's Italian Grand Prix was gained on merit, with the result reflecting the fruits of the labour of Renault's engine department in Viry.

Ricciardo and team mate Nico Hulkenberg rounded off the top five at Monza, capping off a weekend during which the Renault drivers finally carried through to race day their strong performance in qualifying.

"I really believe we were a fourth-place car today," said Ricciardo.

"Obviously Seb gave us a bit of help, but once we were in fourth, I thought we definitely had that pace."

Ricciardo conceded that Monza's specific layout perhaps catered to the qualities of the R.S.19's package, the seven-time Grand Prix winner feels the team will emerge stronger from its Italian Grand prix weekend.

"I really hope we can," he added. "We're coming up to different circuits - high-downforce Singapore, street circuit, bumpy and what ever - but even though this is unique and it's Monza - and you take all the wing off - I definitely feel there's still something we can learn from this." 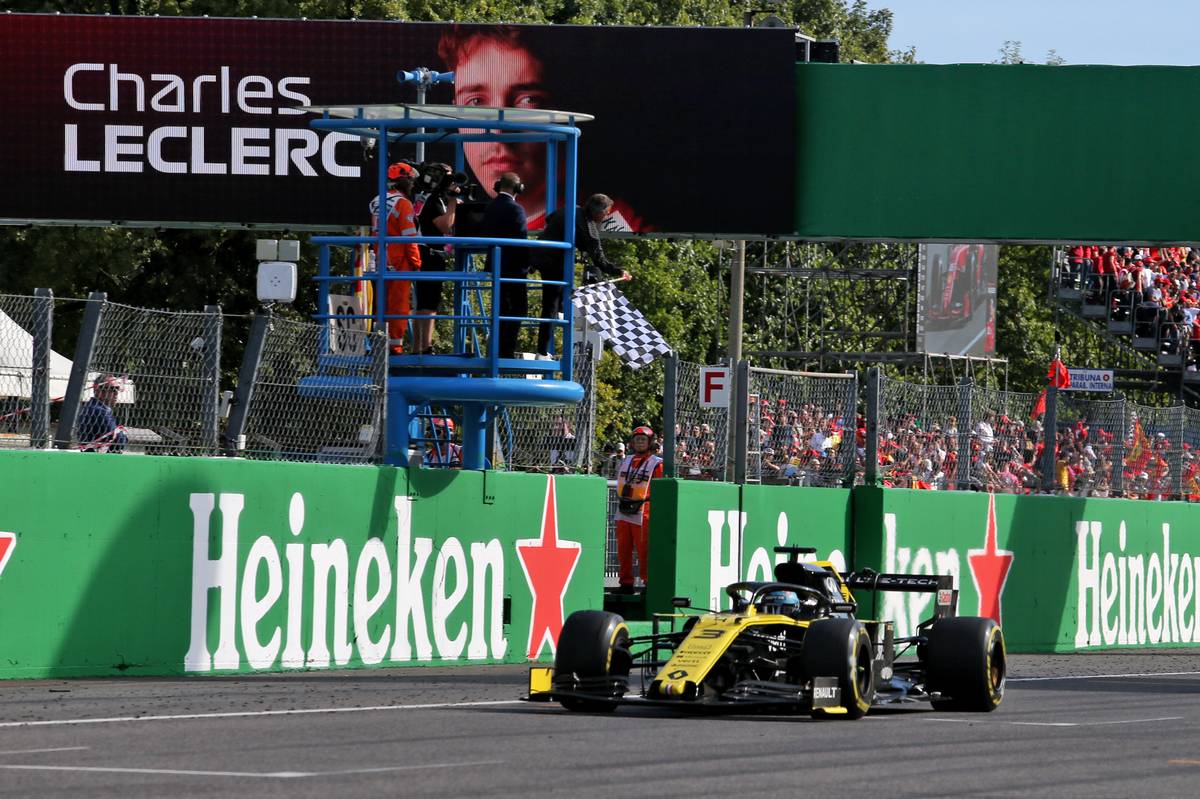 Ricciardo praised his entire Renault team for Sunday's result, but singled out the gains achieved by the manufacturer on the power unit front by its engine department in Viry-Châtillon.

"I want to give a special shout out to, obviously I'm happy for the whole team… to the boys in Viry building the engines," he said.

"To get the best team result here in Monza on a power circuit since 2008 is a real statement.

"They've come into a lot of grief in the last few years, they've made some big gains this year on the power unit, and this one's for them!"

Hamilton says new generation 'gets away with a lot more'

Bottas 'tried everything' to find a way past Leclerc