Lewis Hamilton is no stranger to being booed on the podium at Monza, an almost regular occurrence for the five-time world champion each year in Italy.

Hamilton and Mercedes were defeated on Sunday by Ferrari's new sovereign Charles Leclerc.

But the jeering was deafening once again when the Briton was handed his third-place trophy, just as the cheering had been resounding a little earlier in the day when Leclerc had forcefully defended his position against his rival.

Long after all was said and done, Hamilton took to Instagram to address Monza's hostile atmosphere, and he did it with restraint and indulgence.

"Italy, wow, your energy today could be heard across the world and for that I admire you so much," he wrote in his Insta story.

“The passion you show is really special. The booing isn’t so pleasant but it’s ok, I can take it.

"I hope that over time things change and we no longer see booing in such a beautiful country.

"No matter what, I wish all of you positivity and only good things in your lives." 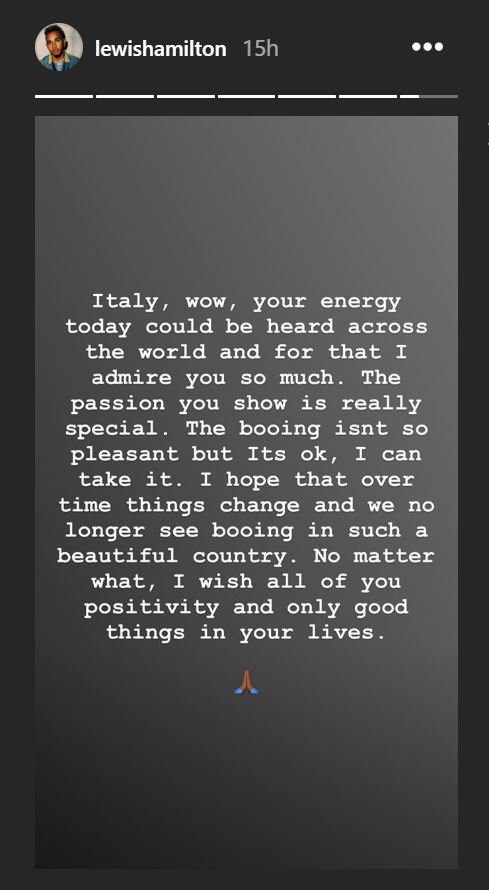 Sainz: No regrets over 'hard racing' move on Albon