Formula 1 race director Michael Masi says he's not expecting the sport to make any major changes to venues in the wake of the "freak" accident suffered by F3 driver Alex Peroni at Monza last weekend.

Peroni's car was launched into the air after running wide at the Parabolica on Saturday morning, having struck a sausage kerb designed to stop drivers from exceeding track limits.

The car somersaulted through the air before landing in the catchfence. Despite the spectacular nature of the accident, Peroni was able to walk to the medical car unaided although he was ruled out of taking part in the second race on Sunday with a suspected concussion and fractured vertebra.

The sausage kerb responsible for the incident was removed before F1 final practice and qualifying. Many drivers have since called for a review of the use of sausage kerbs to deter cars from running wide.

However, Masi said that while Peroni's accident will be thoroughly investigated, he is not expecting to make wholesale changes.

“I think the current approach we have is as it is,” he told Motorsport.com this week. “We will look at how that incident occurred, what happened, the reasons, input, why, and go from there.

"We will continue looking at everything, various solutions, what they are," Masi continued . "We will evolve when we find other better things in different areas, different circumstances, and different corners.

"We will look at each case on its merits, have a look at it, see what various simulations we come back with and go from there .

"All of these circuits have an FIA grade one licence," he pointed out, "with all the inherent safety installations, like kerbs, installation behind kerbs and what it may be.

"They are all inspected in accordance with our rigorous regime," he added. “It would be naive to say there is a knee jerk to anything like that." 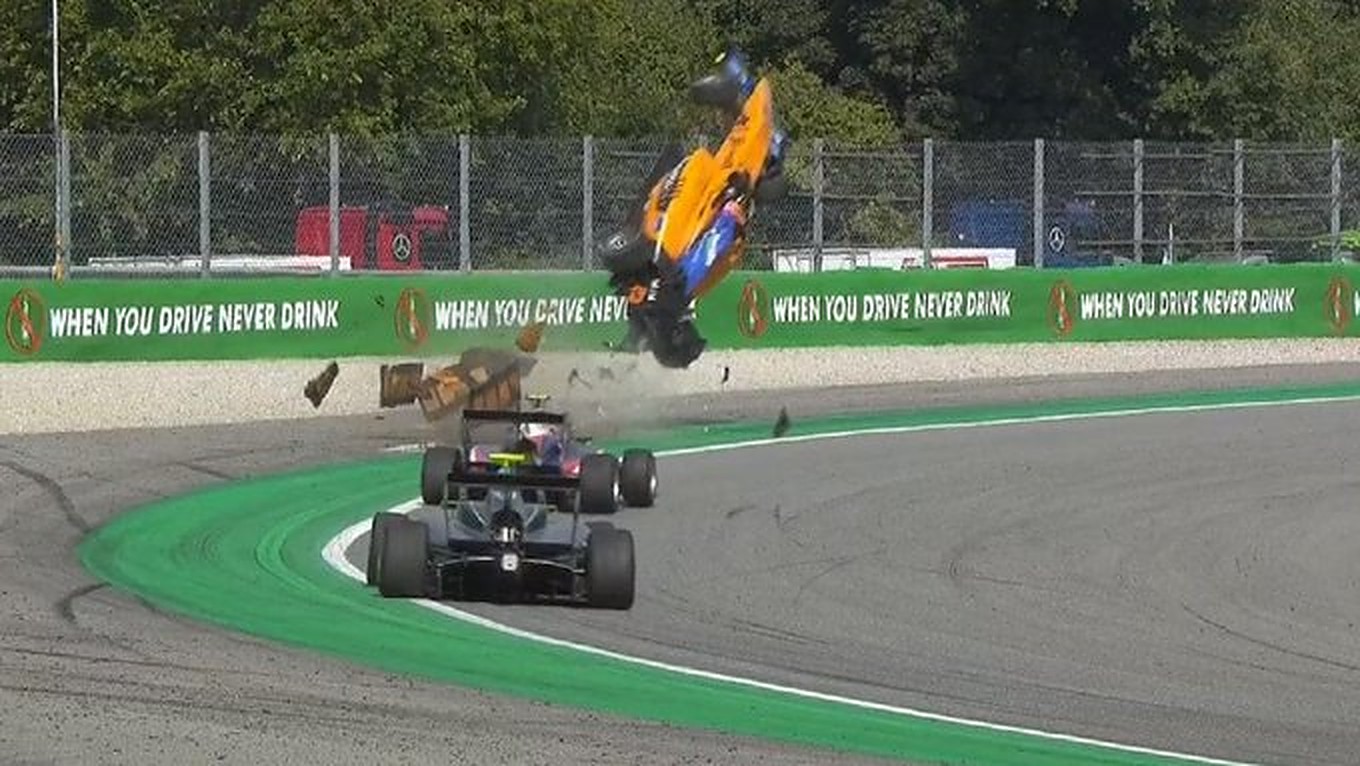 Masi revealed that so far the investigation into Peroni's accident had not revealed the existence of any structural problems with the sausage kerb, and that it had not been damaged, loose or improperly attached. He pointed out that there had been no problems with the kerb in previous Grands Prix.

“From my understanding that has been there at least two or three years," he said. "It is one of those freak ones; we will look at them generally and go from there.

"But we will look at everything in forensic detail," he pledged.

Drivers have indicated that they would prefer to see the return of a gravel trap at the outside of the Parabolica to deter cars from running wide. But not everyone feels the same.

“I’m not a fan of asphalt run-off areas, but gravel is not always the perfect solution either," former F1 driver Gerhard Berger told the Kolner Express newspaper.

And the FIA is concerned that cars could dig into the gravel and be sent into a high-speed barrel-roll that could be even more dangerous.

“We’ve just got to look at it all," Masi told RaceFans.net. Is it bringing gravel back, is it having a double kerb and gravel, is it grass, all of the various solutions that we’ve got available?

"It’s having a look at all of it,” he said. "It’s not as simple as just saying ‘yep, bang, let’s fix that’. There’s a whole lot of various inputs and factors that need to be looked at."