Ferrari team principal Mattia Binotto confessed he was surprised to see Mercedes opting to start their drivers on the medium compound in tomorrow's Russian Grand Prix.

Meanwhile Charles Leclerc and Sebastian Vettel will both line up on the grid on the soft compound tyres, which should give them more pace at the start when the lights go out.

"That's surprising to us," Binotto said of Mercedes strategy call. "Their choice was not something we were considering to be honest.

"I think we even need to try to understand why they did that choice," he told Sky Sports F1 after the end of qualifying.

“Certainly we believe that the soft tyre has got a grip advantage at the start. The start will be key tomorrow.

"But let's see. Maybe that's the right choice, what they did. Different strategies may do something interesting for the race and for the fans."

Mercedes trackside engineering director Andrew Shovlin said on Twitter than the team hoped the choice would give them a greater range of race strategies on Sunday by allowing Hamilton and Bottas to run a longer first stint.

"We’ve started on the medium tyres," he explained. “We were keen to do that. We think that will give us some options in race, even if we are behind the Ferrari cars or the Red Bull."

“Everyone else is on the softs so it is going to be quite interesting to see how that pans out," he added.

Leclerc will start the race from pole position with Hamilton alongside him on the front row. Hamilton promised to "try to tow the life out of Charles [into turn 1] if I get the chance."

Certainly Leclerc was aware of the threat that he might lose the lead at the start of the race, which would make it difficult for him to re-pass Hamilton in the crucial early stages. 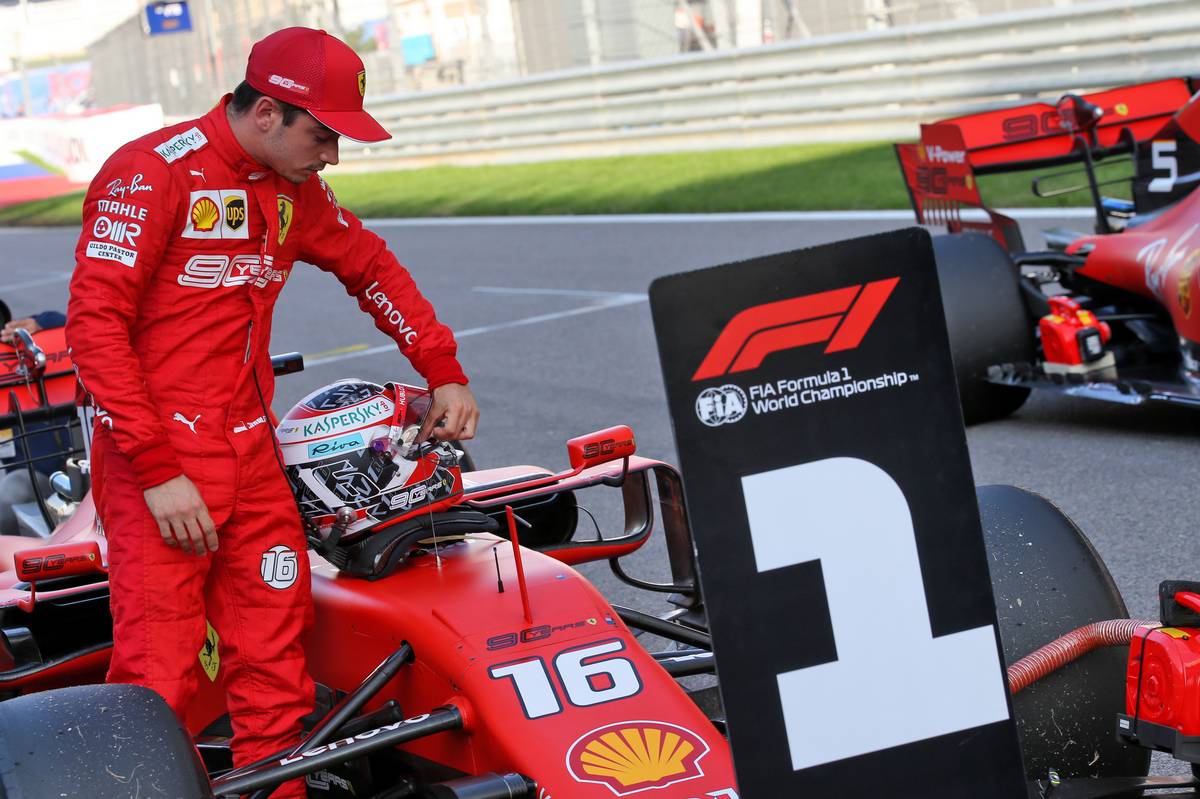 "I don't know if it's the best track to start on pole," he admitted. "The straight is very long after the start.

"Tomorrow the start will be very important as always, but here even more because of the straight length."

And Vettel - who was pipped to second place on the grid by Vettel and will now start the race from third place - was also equally aware of the opportunities and the risks presented by that long run to to turn 1.

"It's a long way, obviously and with different tyre strategies compared to the Mercs," he said in parc fermé.

"I think the race will be decided tomorrow," he added. "First you need a good start and then you worry about the rest.

The speed is there, so let's keep it up,"There's potentially an advantage if you are behind, but if you're behind you always say that, so let's see what happens.

McLaren and Sainz rebound from 'absolutely nowhere' in qualifying