Sebastian Vettel was on pole position for the 2019 Japanese Grand Prix, but his hopes of victory crumbled when his Ferrari lurched forward on the line before the lights went out.

"The lights were on for a long time but it was my mistake," Vettel said after finishing the race in second place.

"It was worse than just having a poor start, it was a really poor start," he admitted. "I lost the momentum there."

With Vettel having to stop and then get a proper start when the lights did finally go out, Valtteri Bottas was handed the opportunity to drive around the Ferrari on the outside into turn 1.

Vettel said that he never had another realistic chance to challenge the Mercedes for victory.

"It was difficult because Mercedes were quite quick in the race. They had more pace than us, Valtteri was flying at the end of the first stint, and then Lewis tried a one-stopper.

“In the end I knew he would come out behind," Vettel continued. "I paced myself around and tried to get good exits in places he could be a threat.”

“They could have played a lot more with the tactics, that way they had one car comfortably in the lead," he added. "We weren't a threat for him, we just lacked a little bit of pace.” 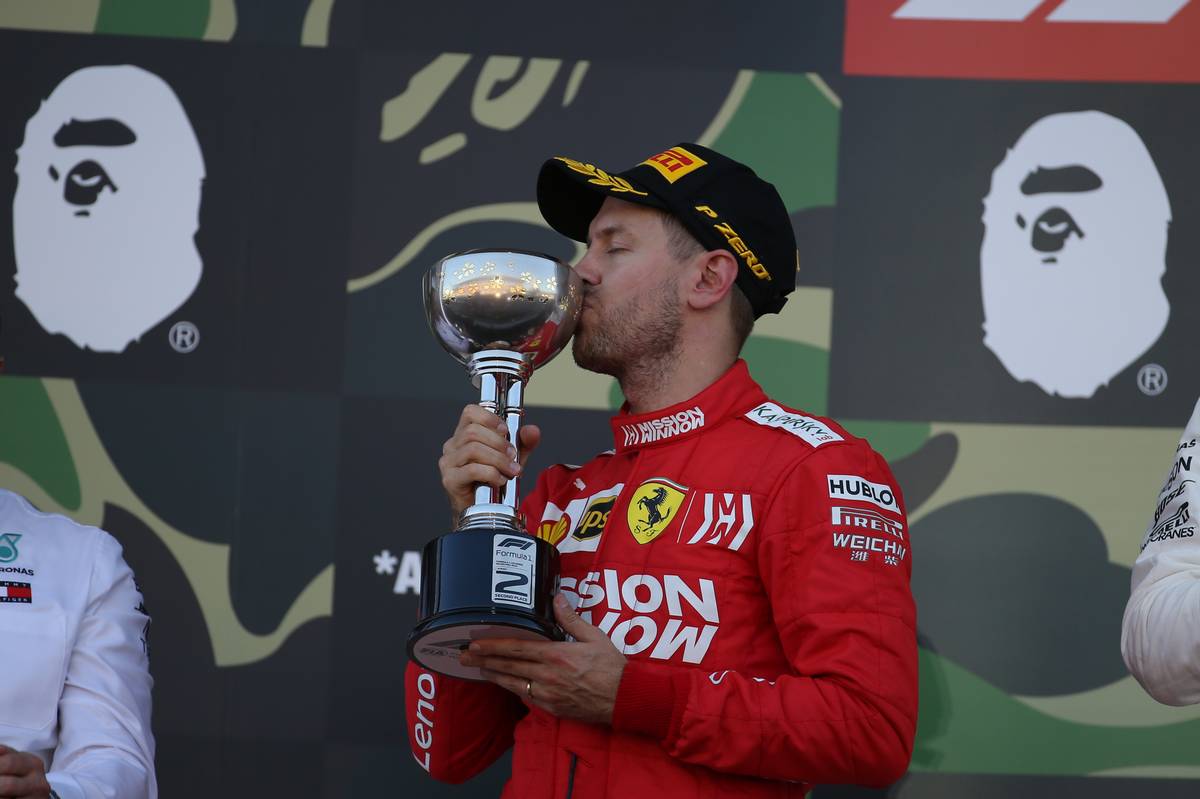 The race stewards subsequently issued an explanation as to why Vettel's start line 'stutter' didn't result in a jump start penalty.

“The Stewards reviewed video evidence and the jump-start report based on the information from the FIA approved and supplied transponder fitted to each car,” said an official statement from the FIA.

“Whilst the video shows some movement that movement was within the acceptable tolerance of the F1 jump start system which formerly defines a jump start per Article 36.13(a) of the FIA Formula One Sporting Regulations."

The cited regulation says that a driver gets a drive-through or ten-second stop-and-go penalty if they "move before the start signal is given, such judgement being made by an FIA approved and supplied transponder fitted to each car."

In this case it appears that Vettel's forward motion ceases soon enough not to trigger the transponder, ensuring he was not handed the penalty.

Premature finish in Suzuka keeps Perez in the points