There was heartbreak for Sergio Perez when the Racing Point clashed with a Toro Rosso and ended up being spun out of ninth place and into the gravel near the end of the Japanese Grand Prix.

The accident meant that Perez was initially shown in 17th place in the official results for the race. However a few minutes later a revised classification was issued, with Perez back in ninth - and the race one lap shorter.

Instead of 53 laps as planned, the race was shortened to 52 laps after a technical glitch with the timing system.

That resulted in the chequered flag being shown to the leaders one lap too soon. Under the sporting regulations, that meant the race did indeed end one lap earlier - and the roll back means Perez stays in the points despite his clash with Pierre Gasly.

According to Article 43.2 of F1's sporting regulations, "Should for any reason the end‐of‐race signal be given before the leading car completes the scheduled number of laps, or the prescribed time has been completed, the race will be deemed to have finished when the leading car last crossed the Line before the signal was given."

With Perez back in ninth place, Renault's Nico Hulkenberg drops back to tenth. And Perez' team mate Lance Stroll misses out on a point altogether, as he was pushed out of the top ten by Perez' reinstatement.

Racing Point is currently in seventh place in the constructors championship. The two points scored by Perez on Sunday keep it within five points of Toro Rosso in sixth.

It also means that Perez is now in a three-way tie for tenth place in the driver standings with Renault's Nico Hulkenberg and McLaren Lando Norris. 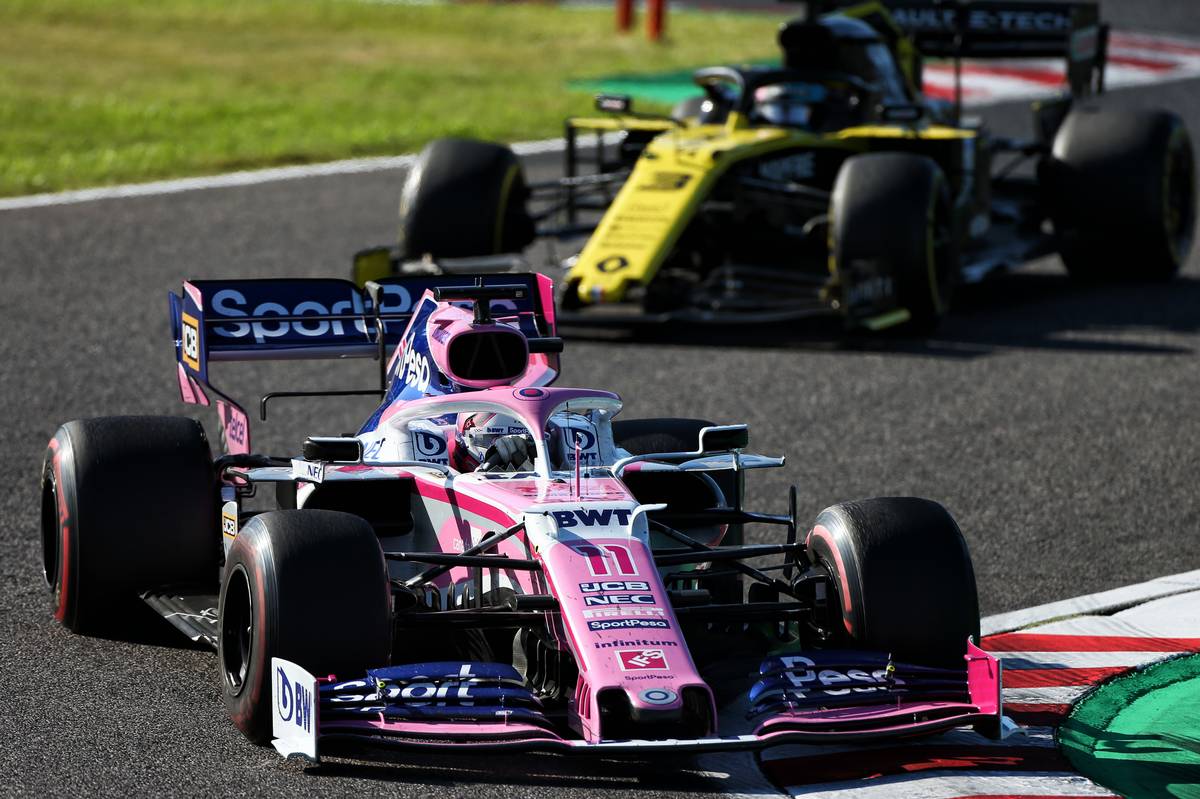 Initial reports said that the FIA was uncertain about the cause of the chequered flag panel being illuminated too early. An investigation into the glitch is said to be underway.

It might be related to the disruption caused by Typhoon Hagibis, with much of the circuit infrastructure having to be packed away on Saturday to protect it against the inclement weather and set up in haste on Sunday morning in time to hold qualifying.

It's not the first time that a Grand Prix has been accidentally curtailed.

The most recent occasion was last year's Canadian race, where model Winnie Harlow was given instructions to wave the chequered flag too soon.