Renault managing director Cyril Abiteboul has admitted that 2019 has been a particularly hard challenge for him, and for the team that he leads as a whole.

"It is a tough season," he told motorsport.com this week. "It is by far the most difficult season that I have personally lived because of the level of expectation."

After signing Daniel Ricciardo from Red Bull at the end of last season, hopes were high that Renault would be competing with the existing Big Three teams for pole positions, race wins and even titles.

But the reality has fallen far short of that. The team is currently in fifth place in the constructors championship and is 34 points behind McLaren, which ironically uses Renault customer engines.

The French squad is also at risk of being caught by the Honda-powered Toro Rosso team, which would be an embarrassing situation for the manufacturer. Meanwhile Ricciardo is ninth in the driver standings, just ahead of his team mate Nico Hulkenberg.

"We have underdelivered, but people have overestimated what were the actual expectations and actual target," he argued, adding that this was the reason why "the gap between the two is big."

And Abiteboul agreed that the team had contributed to those raised expectations which were proving to be such a burden.

"I think through our acts - in particular Daniel, through our investment, through some of the recruitment - many people started to think that there were higher expectations. And that was not really the case."

The biggest problem for the team has been finding some consistency, with the R.S.19 proving to be very sensitive to the sort of tracks it is running on.

"It works extremely well in some conditions and not so well in other conditions," he said, explaining this was the reason why the same car that was contending for P4 at Monza ends up P15 on the grid at Suzuka.

"People from the outside may think we are losing the plot, but we know that certain conditions mean we are massively struggling," he added. "There is very little we can do."

Abiteboul confirmed that the car hasn't received any significant upgrades in a very long time, in part because the windtunnel at Enstone has been unavailable over the summer while it was being upgraded. 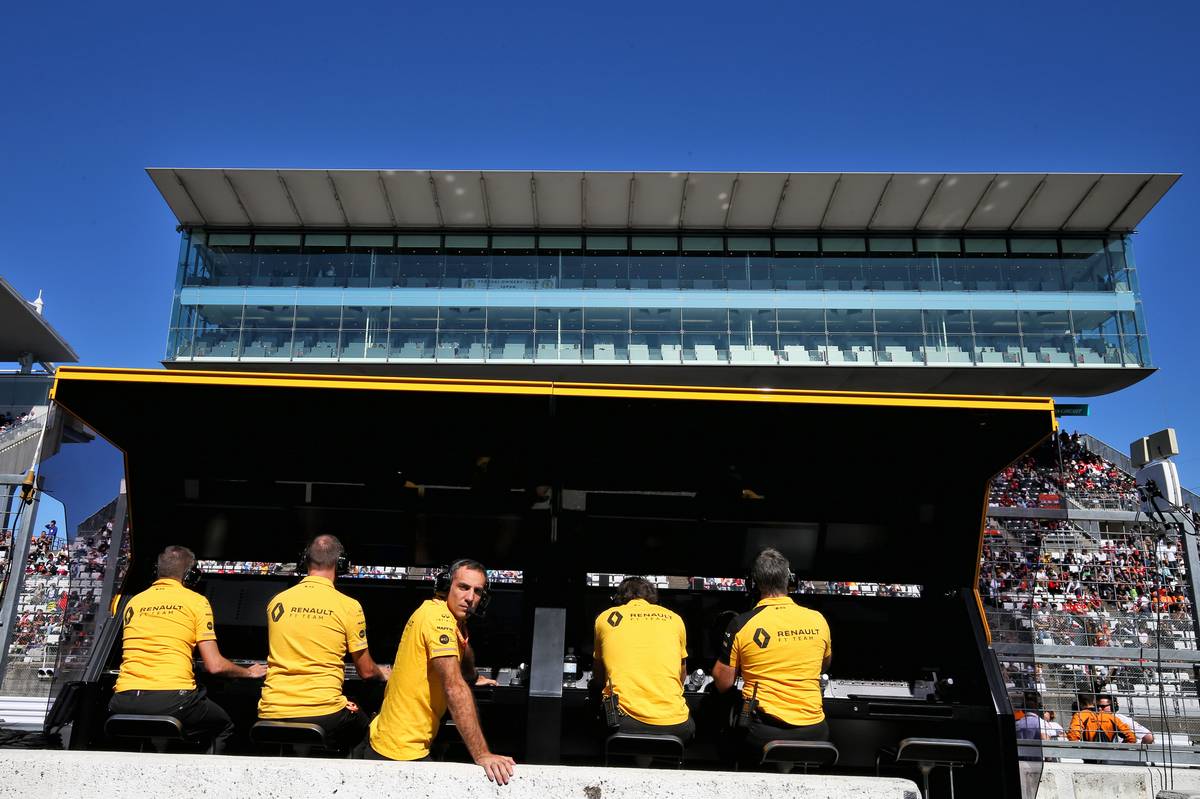 "But until you do it you will never know for sure. Most of that cannot be done on this year's car, it will have to be done for next year."

Abiteboul acknowledged that the pressure on him was now "very high", and it doubtless hadn't been helped by news that the FIA has impounded steering wheels and ECU components used by the team at Suzuka.

It's the result of a protest lodged by the Racing Point team about Renault's brake bias system at the Japanese Grand Prix.

Former F1 driver Ralf Schumacher said that if the protest was upheld, and the breach of regulations deemed to be intentional, then Abiteboul's head could be on the chopping block.

“As a team that would be very questionable and you would have to rethink the entire management level,” he told Sky Germany this week.

“Such a thing cannot happen without the knowledge of the drivers,” he added, also noting that Racing Point's protest might have been the result of a 'whistleblower' within the team.

“There are more than 1000 people working for both teams and one or the other will change jobs and then, of course, information like this may leak out," he said. “That would be the most likely version.”