Haas' Romain Grosjean says F1 should use a split screen tool to show spectacular battles involving midfield runners rather than focus exclusively on the race's front-runners.

Formula 1's TV production came under heavy criticism recently from McLaren's Carlos Sainz who lamented the lack of TV exposure given to midfield teams and to their fights on race day.

The Spanish driver's remarks came after the Singapore Grand Prix where a thrilling four-way scrap down the field went completely uncovered by F1's world feed coverage.

Grosjean believes that resorting more often to a split screen option - and especially in the closing stages of a race - would allow fans to witness the action down the ranks while also keeping an eye on the leader's run to the checkered flag.

"The fight we had at the end of the last lap in Singapore was I guess much more exciting than cars passing the line," explained Grosjean, quoted by Motorsport.com.

"So maybe having a double screen, where you can see still see the leading car crossing the line, and then the fight going on track on the other screen, would be quite cool.

"Sometimes you watch the races, it’s great to see Ferrari 1-2, but they’re just following each other and it’s not as sexy as seeing cars [racing]." 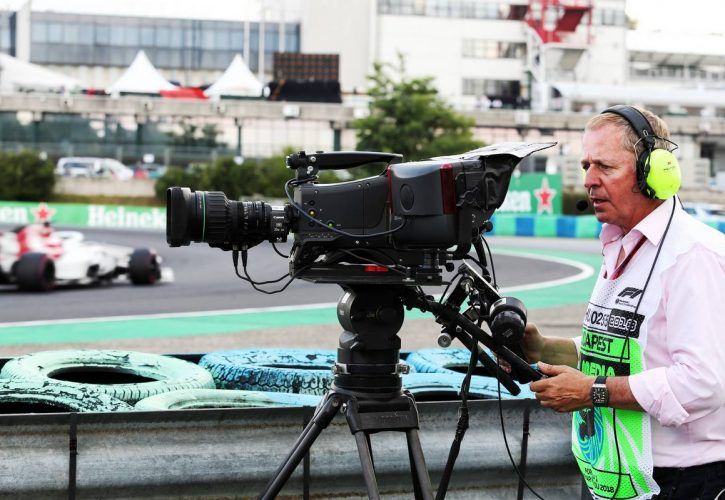 Sainz's grievances after Singapore and the midfield's lack of airtime were recently debated by the Grand Prix Drivers' Association of which Grosjean is a member.

"We talked about it and we agreed," said Grosjean. "The thing is the same feed is broadcasted to every TV. It’s Formula 1 who gives the feed to every TV.

"They could probably do a better job and maybe show a bit more of the battles because that’s what’s lacking and is what we like to see: cars close together, wheel-to-wheel."

Rossi says MotoGP/F1 swap with Hamilton is in the works!