Sergio Perez wasn't on the top step of the podium on Sunday, but the cheers the Mexican received after his home race made him feel as if he was.

Perez resisted a late charge from Renault's Daniel Ricciardo to cross the checkered flag P7, a 'best of the rest' performance that felt like a victory for the Racing Point driver.

The local hero had qualified just outside the top-10 on Saturday but that gave Perez a free choice of tyres on Sunday, the Mexican electing to start his afternoon on the medium compound.

Perez's first stint eventually allowed him to position himself nicely at the head of the midfield from where he would control his race during a massive 51-lap run on the hard tyre.

"This feels like a victory for us," said a jubilant Perez after the race. "This is a great day for me and my team.

"I think the race was just about perfect and I want to congratulate the entire team for all their hard work delivering this result.

"It’s extra special to score good points in my home race – in front of the fans who have given me so much support this week."

And that support was put to good use in the closing stages of the race when Perez fended off a very incisive Ricciardo who shadowed the Mexican's every move in the event's final ten laps. 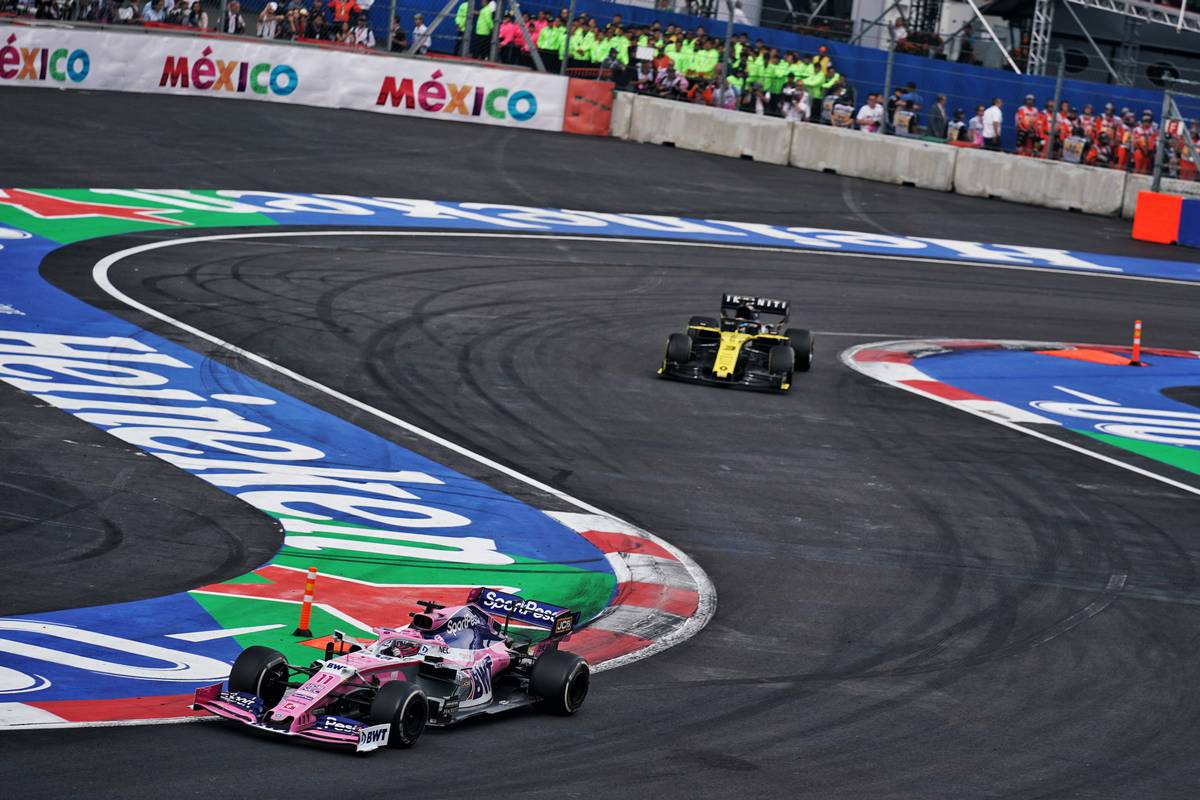 There was a dicey moment when the Aussie attempted one of his trademark late breaking passes at Turn 1, ending up on the grass and ahead of the Racing Point. But Ricciardo immediately handed back the unlawfully gained position.

"The race was so intense, especially the battle against Daniel at the end, when he was on fresher tyres and putting big pressure on me," said Perez.

"I had to concentrate so hard and push right until the end. I’m very satisfied with our performance and the points we scored today are important for the fight in the teams’ championship.”

Racing Point team boss Otmar Szafnauer was delighted to see his outfit closing in on P5 in the Constructors' standings.

"It’s satisfying to finish in seventh place as ‘best of the rest’ with Sergio executing a very strong one-stop race," said the American.

"It’s another indication of the progress we’ve made with the car recently thanks to all the hard work back at base and trackside.

"We leave Mexico with six points in the bag, which bring us within nine points of fifth place in the championship as we travel to Austin for next week’s United States Grand Prix."