Pierre Gasly raged against Lance Stroll after Sunday's Abu Dhabi Grand Prix, insisting the Racing Point driver had cost him a chance to defend his P6 position in the championship against McLaren's Carlos Sainz.

Gasly and Sainz were level in the drivers' standings ahead of the season finale at Yas Marina, with Red Bull's Alex Albon also a contender for sixth in the championship.

But the Toro Rosso driver suffered a setback at the outset when a contact with Stroll in Turn 1 forced Gasly into a lengthy stop to change his car's front wing.

Thereafter he spent the remainder of the evening at the tail end of the field, the fate of his sixth-place spot in the championship out of his hands.

As he crossed the checkered flag, Galsy inquired about the whereabouts of Sainz and Albon, and was told by his team that the McLaren had snatched P10 from Renault's Nico Hulkenberg on the final lap, thus ensuring his position among the top six in the final championship standings.

"Are you kidding me?" quipped an unhappy Gasly. "We should have been right there if not for fucking Stroll, it’s always the same story with him." 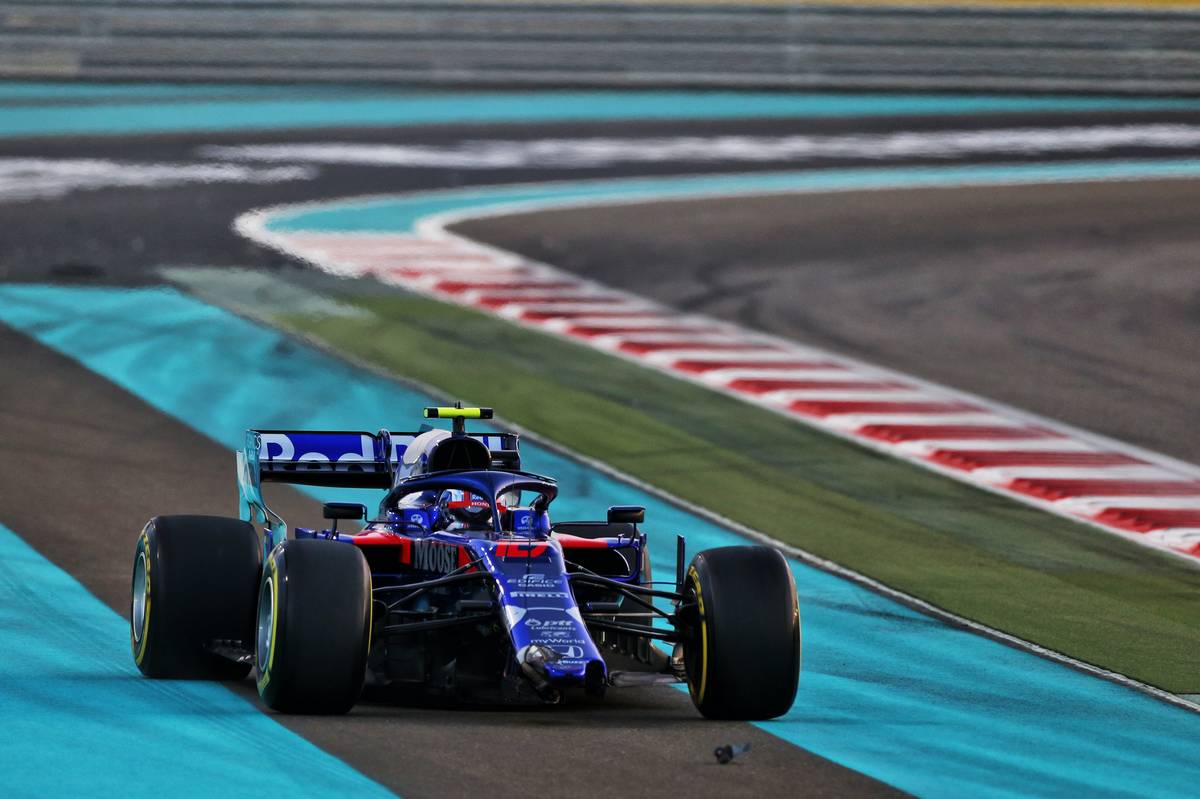 When all was said and done, Gasly offered a less agitated account of his evening at Yas Marina.

"I was really looking forward to the battle today," he said. "As Daniil was able to show, we had the pace and it could have been an exciting end to the season.

"Unfortunately, my race was over on the first lap when I got hit from behind and pushed into the car in front and my front wing broke.

"After the pit stop to replace it, I was one lap down and it is frustrating when you’re out there without being able to fight anyone, just hoping for a safety car.

"It’s a shame to end the last race of the season like this."