Legendary former F1 designer Gordon Murray is partnering with the Racing Point F1 team to develop the most aerodynamically advanced supercar ever.

Murray - the father of a host of Brabham and McLaren race-winning F1 cars and of the iconic McLaren F1 supercar - has entitled his latest endeavor the T.50, a ground-effect design that incorporates a concept last seen on the famous 1978 Brabham BT46 'fan car'.

Created by Murray and the creative minds at Gordon Murray Automotive, and developed with the collaboration of Racing Point's aero department and wind-tunnel, the T.50 features pure lines and will be powered by a bespoke Cosworth V12 capable of revving at an extraordinary 12,100rpm!

Racing Point's partnership with Gordon Murray Automotive will see the T.50 move from software-based aerodynamic testing (via computational fluid dynamics) to physical testing in the team's rolling-road wind tunnel from early next year.

"Formula One remains a deep passion of mine, so partnering with Racing Point to develop the T.50 is hugely exciting," said the 73-year-old Murray.

"I’ve dreamt of delivering a road car with a ground-effect fan since I designed the Brabham BT46B F1 racing car in 1978.

"The system on the T.50 is much more sophisticated than the Brabham’s and will benefit enormously from Racing Point’s expertise and resources."

Team owner, Lawrence Stroll, said: "Working on the T.50 with Gordon Murray Automotive is an honour and a privilege for everyone at Racing Point.

"Our aerodynamicists will utilise our wind tunnel to harness the very latest Formula One expertise and experience for the T.50 project, ensuring Gordon’s revolutionary fan concept delivers its full potential.

"I have admired the design and engineering skills of Gordon Murray since his earliest days in Formula One, so it is a personal pleasure to support this project, which truly rewrites the rulebook on aerodynamics."

Russell reveals one area where Kubica had an edge in 2019

Horner not expecting huge moves in driver market for 2021 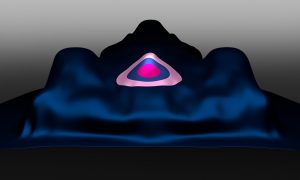 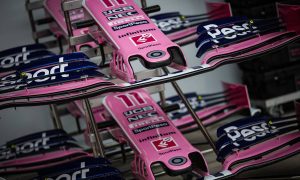