Ferrari principal Mattia Binotto has refuted suggestions that the team's driver line-up of Sebastian Vettel and Charles Leclerc is too hot to handle.

There have been growing signs of growing tension and friction between the pair over the course of 2019, peaking with their infamous clash in Brazil that put both cars out of the race with six laps to to.

But Binotto says that reports suggesting Vettel and Leclerc are at loggerheads was very far from the truth.

“We have a great driver pairing, not an explosive one,” Binotto told German's Auto Motor und Sport publication. “Our drivers are very fast and very ambitious.

"Outside the car Sebastian and Charles are good with each other," he continued. “There is a good atmosphere and the perception from the outside is a deceptive one.

"They talk to each other, they exchange information, they are open. I do not think it’s difficult to manage the two."

Binotto suggested that the rivalry between the pair had actually proved positive. After a shaky start with the team, Leclerc quickly became the 'in-form' driver which in turn helped Vettel to recover from his own issues with this year's SF90.

“Sebastian lacked confidence in his car. It was unstable in the rear, especially when braking,” Binotto recalled. “If you lack confidence, you can not drive at the limit. The more downforce we found, the more that confidence returned to Sebastian.

“His lap times got better and Charles was a good benchmark for him. That also pushed him further. 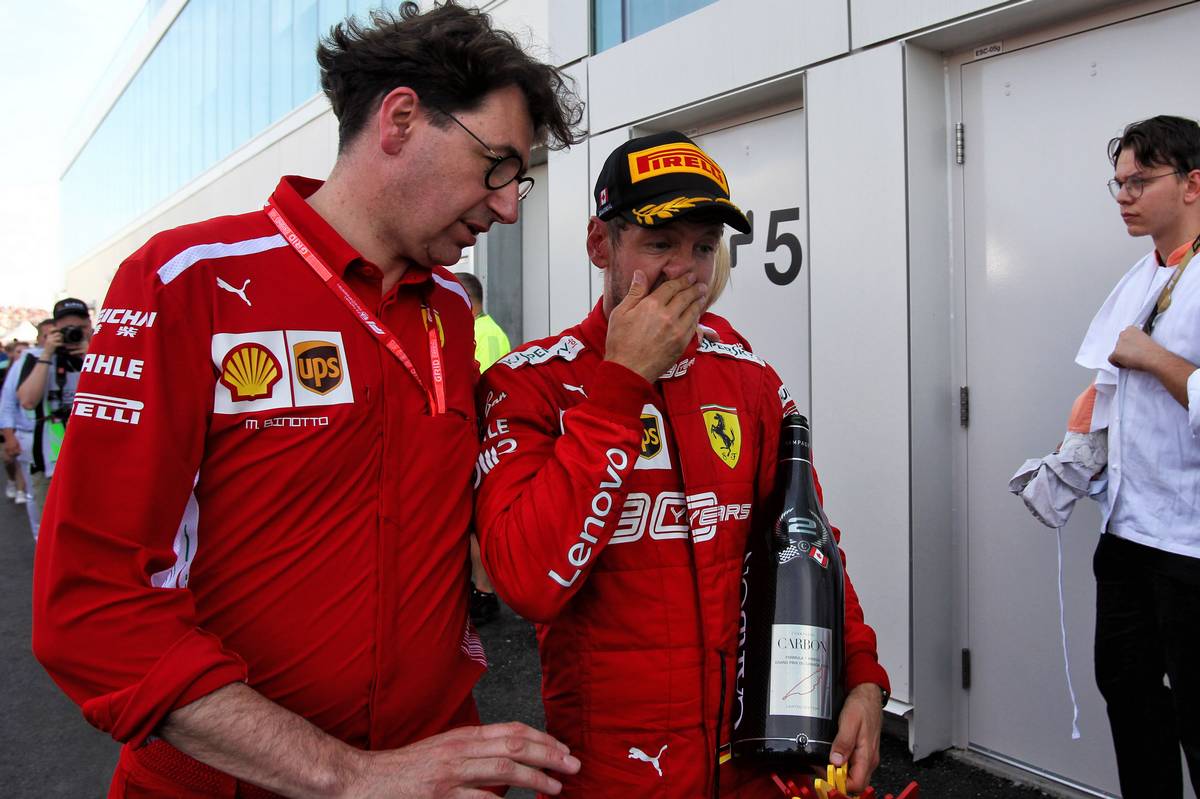 “Seb has experience and is very analytical. He tries to understand things,” he added. "He stayed calm, worked his way through the issue, and understood what he had to do to improve himself and the car.

Binotto countered suggestions that Vettel had been guilty of overdriving the car at certain times during the season. "Once you’re in the car, you want to do your best. It does not affect your driving style."

But while insisting that all was good between Vettel and Leclerc, Binotto acknowledged that the embarrassing collision at Interlagos could not be allowed to recur.

"What happened in Brazil should not have happened. Even if it was just a small contact, it still had a big impact," he conceded. "In the end, there were zero points for Ferrari on paper and that’s not good.

"It was not a crazy action," Binotto stated. “But if you drive against your team-mate, you have to be a little more careful.