Charles Leclerc says that delivering a home win to Ferrari in the Italian Grand Prix made him feel part of the Scuderia's Formula 1 history.

After missing out on his maiden Grand Prix in Bahrain win early in the 2019 season, Leclerc finally made it to the top step of the podium in Spa.

But the Monegasque's second triumph a week later at Ferrari's home race at Monza was a special blend of emotion and achievement.

Asked on Sunday at the Autosport International Show in Birmingham if the milestone win with Ferrari had given him a sense of belonging to his team's extraordinary history, Leclerc said it had although he still feels lees in rank compared to the Scuderia's living legends.

"Yes, definitely, at least the fans make me feel this way and it is great to feel that way," he said.

"But then whenever I stand next to Mario Andretti or other legends I don’t feel at the right place. Now it is up to me to do the job on the track and to try to show my ability."

Leclerc win at the Temple of Speed came after a fierce battle and a big flash point with Mercedes' Lewis Hamilton, and with a massive amount of pressure on his shoulders.

"It is very, very difficult to find the words to describe what I felt during that race," he remembered.

"The week started from the Monday which is quite different compared to the other Grand Prix as we usually start on the Thursday as drivers, but we started on the Monday in Milan. 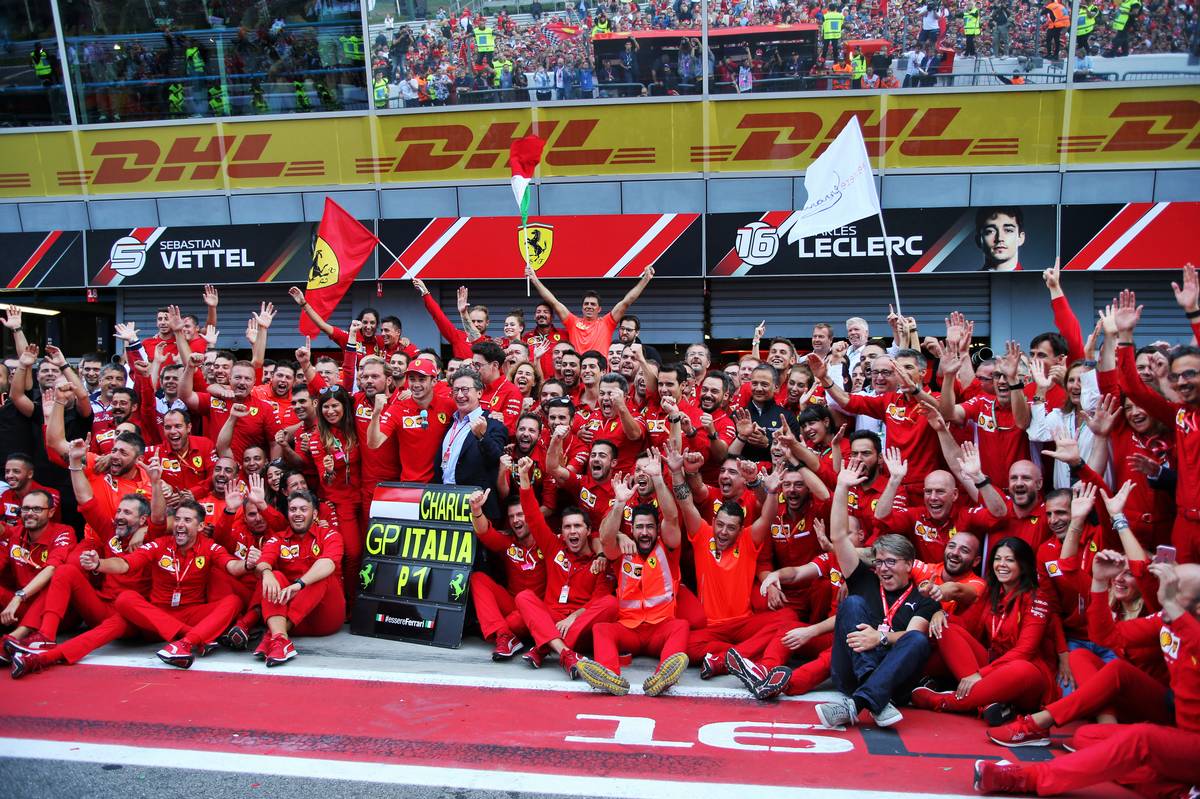 "The pressure was building up and then doing the pole position was something already but then I had to focus on the race and in the race I had no space to breath.

"I had Lewis all of the race less than two seconds [behind], so a lot of pressure and then to be on the podium and to have finally won the race and to see the red army on the podium was something extremely special."

While Leclerc was already well acquainted with the significance of racing for the Scuderia, his emotional Monza triumph definitely elevated that understanding to another level.

"It gave me chills and made me realise what it is like to be a Ferrari driver. Of course, I realised a bit before, but I think you really realise when you win in Monza and see the passion.

"You can see it in the eyes of the people, the passion they have for the brand, it is unbelievable to see."

Rookie Latifi looking forward to 'going up against' Russell