The Renault F1 Team has confirmed that it will unveil its 2020 contender - the R.S.20 - on February 12th at an event organized in Paris.

The French outfit announced its season launch event on social media, with the tagline "Shared Passion. One Vision".

Renault underwent a few significant changes in the past months, tweaking its driver line-up by replacing Nico Hulkenberg with Esteban Ocon, while Daniel Ricciardo remains with the team for a second season. 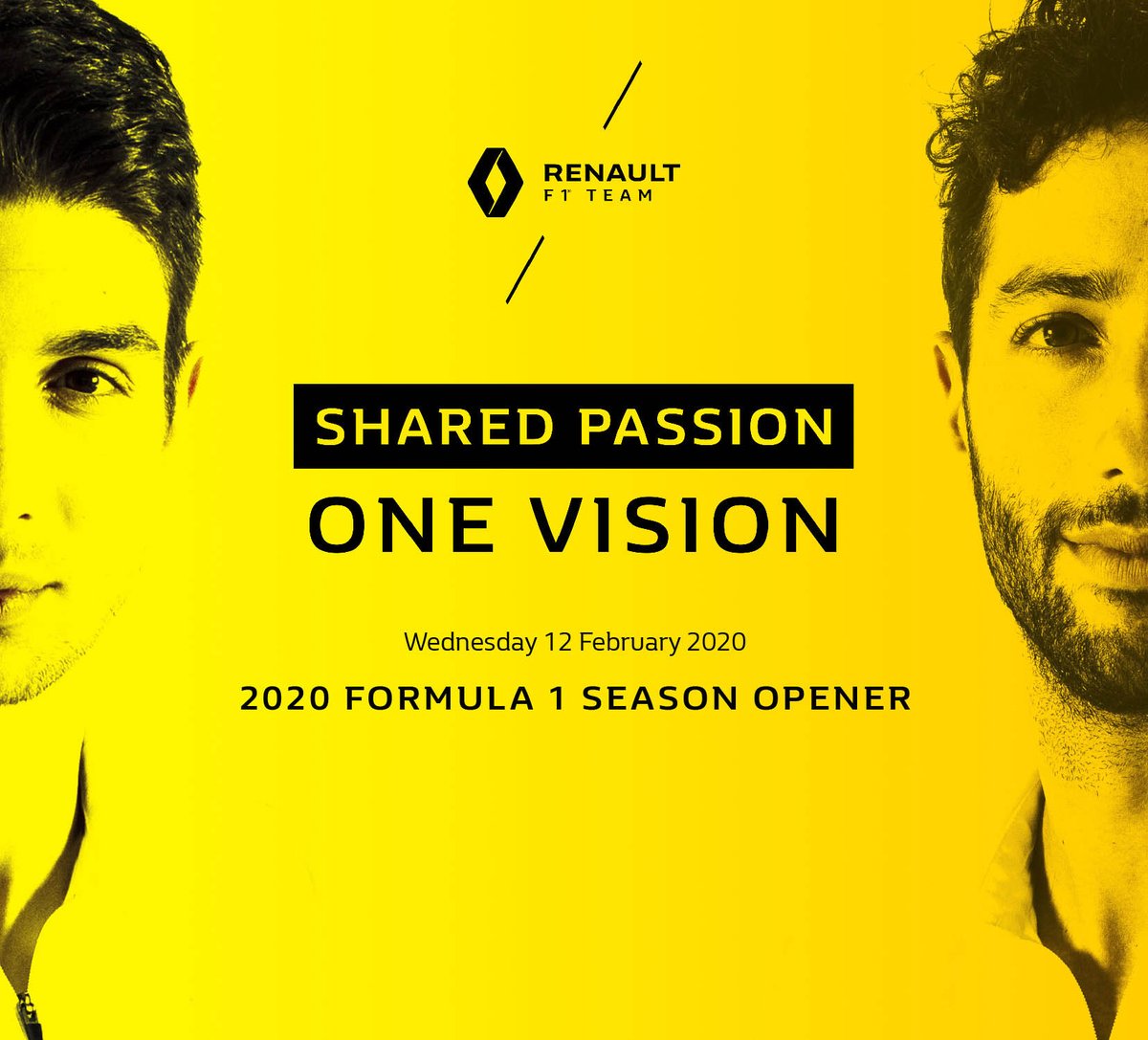 Renault under-performed its expectations last season, failing to inch closer to the sport's Mercedes-Ferrari-Red Bull trio of front-runners and outscored in the championship by engine customer McLaren.

Renault is the fourth team after Ferrari, McLaren and AlphaTauri to announce its presentation date. You can find the full updated schedule of February's launch events here.