Renault F1 engine boss Rémi Taffin says the French manufacturer's power unit is surpassed only by Ferrari and exceeds the performance of both Mercedes and Honda.

Taffin's bold claim, based on relative GPS measurements, comes after a season in which the Renault works outfit failed to bridge the gap with F1's unassailable trio of front-runners whose engine suppliers all won races in 2019.

Taffin says improved efficiency of Renault's internal combustion engine has allowed it to move significantly forward in the past twelve months.

"Mercedes is a bit behind us, Ferrari a bit ahead. Honda is one step behind.

"But today we are no longer talking about differences of 50 kilowatts. With Ferrari, Mercedes and us there is between five and ten kilowatts, while Honda is maybe 15 or 20 kilowatts behind."

Taffin also revealed that Renault's engine woes early on in the season, which led to retirements for McLaren's Carlos Sainz in Melbourne and to a double DNF for works drivers Daniel Ricciardo and Nico Hulkenberg in Bahrain, were a costly setback for the Viry-Châtillon engine department.

"It kept us from building a better engine," said the French engineer.

"The last specification that debuted in Monza was about to be approved when this damage occurred.

"If a connecting rod breaks, you have to use all resources to solve this problem. It delayed the production of the C-Spec engine.

"This is the difference between Formula 1 and the rest of the world: we are not smarter, but we are faster. Time is our biggest enemy.

"On the other hand, when it came to failure analysis, we came across things that took us a step further in the development of the engine." 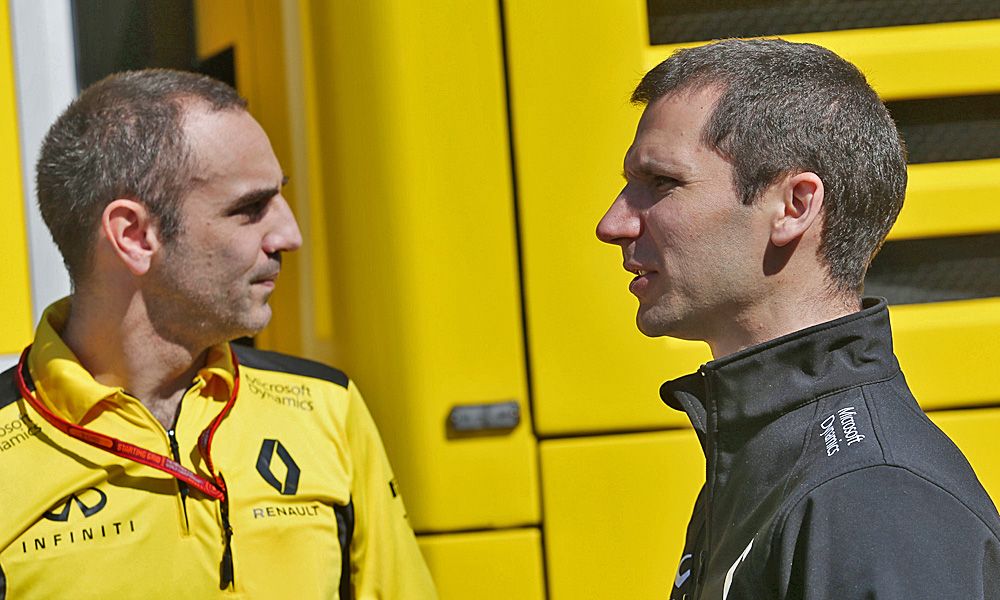 About the future, Taffin is convinced that the combustion engine as a basis of F1's power unit is here to stay despite the electrification trend that is prevailing in the automotive industry.

"For many, the combustion engine is heading to its grave. I think it has a long future," Taffin contended.

"Take a look at our current engine. We do a very good job of burning the fuel as efficiently as possible.

"Unfortunately, we market what we have achieved very poorly. The engines are so efficient solely because of the hybrid component. The combustion engine also provides a very large part

"We should tell people about that. The question for the future will be whether we should increase the hybrid share or favor operating with environmentally friendly fuel alternatives."