Ferrari boss Mattia Binotto wants clarity from Formula 1 and the FIA on the procedures that will govern the entry of team staff into Australia in a fortnight following the coronavirus outbreak.

A cluster of cases involving the novel virus was identified in northern Italy and has put the country's residents and travelers at risk of being forbidden entry into other countries or quarantined upon arrival.

Ferrari staff faced issues accessing the F2 test organized this week in Bahrain because of unforeseen restrictions imposed by the Kingdom. So Binotto is now seeking clarity from F1's governing body that teams won't be confronted with similar problems when heading to Melbourne later this month.

"I think that what we will need is simply to have assurance before leaving. I don't think we can discover when [we are there] what can be or what will be the situation," Binotto said, quoted by Motorsport.com.

"So if there are any medical screenings, we need to know about them. You need to know exactly what's about. We need to understand what are the consequences in case of any problem.

"Obviously we need to protect our employees. We have got collective and individual responsibility towards them. And it's important, really, to make sure that before leaving, the picture, whatever is the scenario, is known and clear." 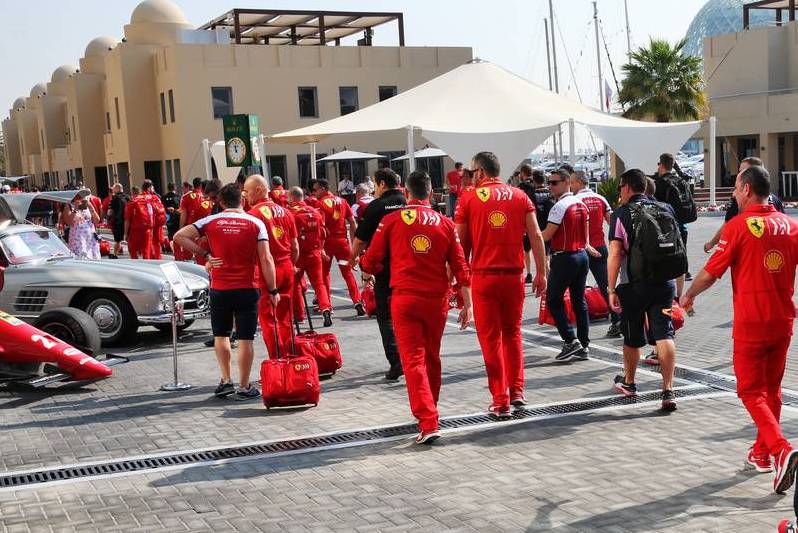 At a meeting on Friday morning in Barcelona with F1 chief executive Chase Carey, teams were updated on the current situation which remains fluid.

But AlphaTauri team boss Franz Tost expressed his concern that restrictions or a confinement imposed on some team personnel could actually prevent an outfit from competing Down Under.

If such a plight occurred, Tost believes it would be unfair for F1 to go racing.

"We want to have a grand prix. Up to now. I don’t expect that there will come up any problems," he said.

"But everything is changing hourly and this makes it difficult.

"If teams can’t run for whatever reason – I have not thought about this, also not I’m not a decision maker – then I think it would be unfair to start the season because this is a big disadvantage, whoever it is.

"Regarding Bahrain, if I’m informed right, people coming from Italy had a medical check and if they are not sick, if they don’t have the coronavirus, then they can, of course, work in there. And I expect something similar with Formula 1."

With the Australian Grand Prix just 14 days away, the local organizer and the country will likely need to make a definitive call on their event in the coming days. And it isn't looking good.