Penske's Scott McLaughlin led IndyCar's 175 First Responder for only 100 yards but it was the yards that mattered for the Kiwi who inherited the lucky win after carnage in the final laps decimated McLaren's trio of front-runners.

Heading into the final five miles of the last round of the IndyCar iRacing Challenge, it was looking good for the entire Arrow SP McLaren squad with Lando Norris, Oliver Asked and Pato O'Ward heading towards an incredible 1-2-3 when a series of separate incidents wreaked havoc on the trio's winning hopes.

Ironically, the front row of the 33-car field had been secured in qualifying by Penske's Scott McLaughlin and McLaren's Norris, the two most inexperienced IndyCar sim racers on the grid.

The pack roared into action with Scott Speed taking the lead from Norris, Graham Rahal an Will power.

However, five laps in, the first caution period occurred, courtesy of Alex Palou who was squeezed against the pitwall on the main straight, an incident that ignited a chain reaction in the middle of the field.

On the restart, Speed resumed his lead, followed by Rahal, Pagenaud, Power and Norris. The following laps looked pretty tidy but the order was reshuffled at the front with Power taking the lead from Norris and Davison. 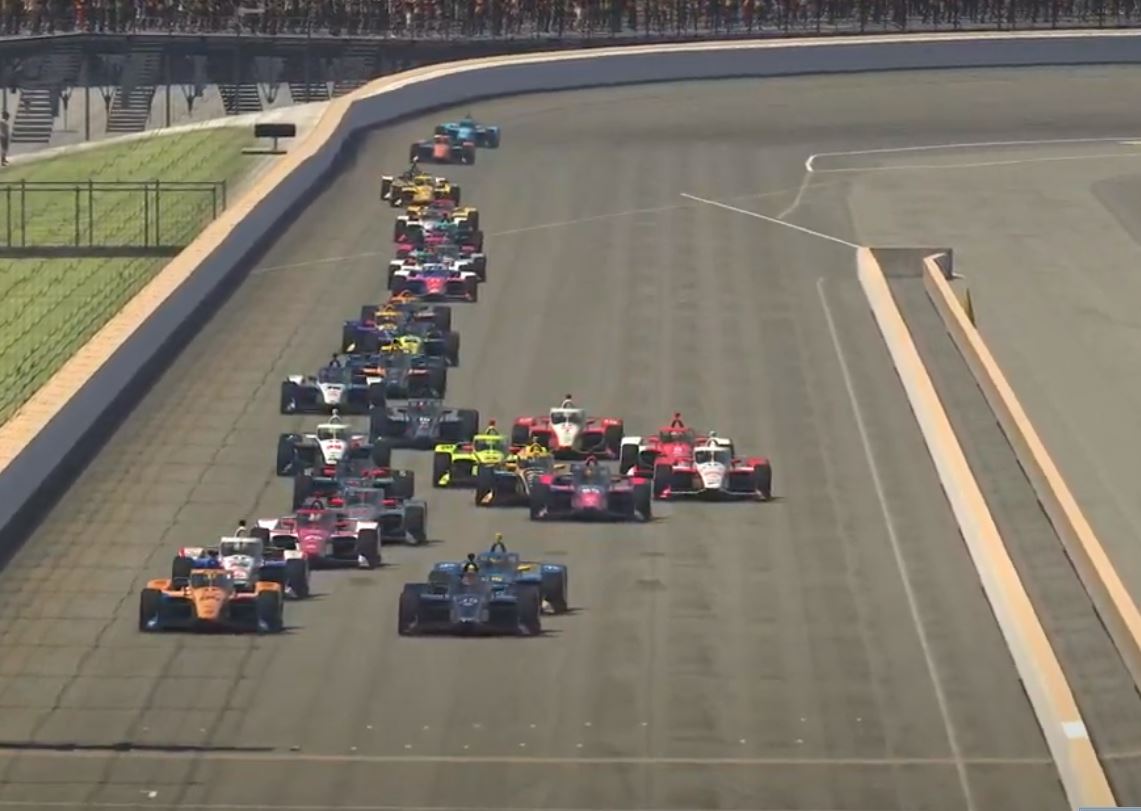 As the leaders settled into the groove, Power pulled out a 7s lead over Norris while Dreyer & Reinbold's Sage Karan tucked in into third place.

The first pit stops were initiated after 29 laps but Power and Norris extended their first stint to lap 32. The stops were drama-free for both driver but Karam botched his entry on lap 34, locking his rear brakes, brushing the inside pit wall and losing precious time.

Top contender Pagenaud also lost significant time when he ran out of fuel on pit road, forcing the 2019 Indy 500 winner to coast to his spot.

The early leaders crawled their way back to the front as those who had pitted during the early caution period peeled off for a second stop, with Power edging Davison and Norris.

But the Aussie headed back to the pits for a second stop in what looked like an attempt to put him out of harm's way in terms of strategy for the second half of the race.

Davison and Norris diced for the lead until the former also took a final allocation of fuel and fresh tyres, leaving Norris to lead from Rahal and Newgarden.

With 19 laps to go, Norris took his final stop but the timing was somewhat unfortunate as a caution was simultaneously declared when Davison and Wilson came together.

The incident pushed the Briton down the order from where he recovered to P6 when of a flurry of rotations took place under the yellow regime. 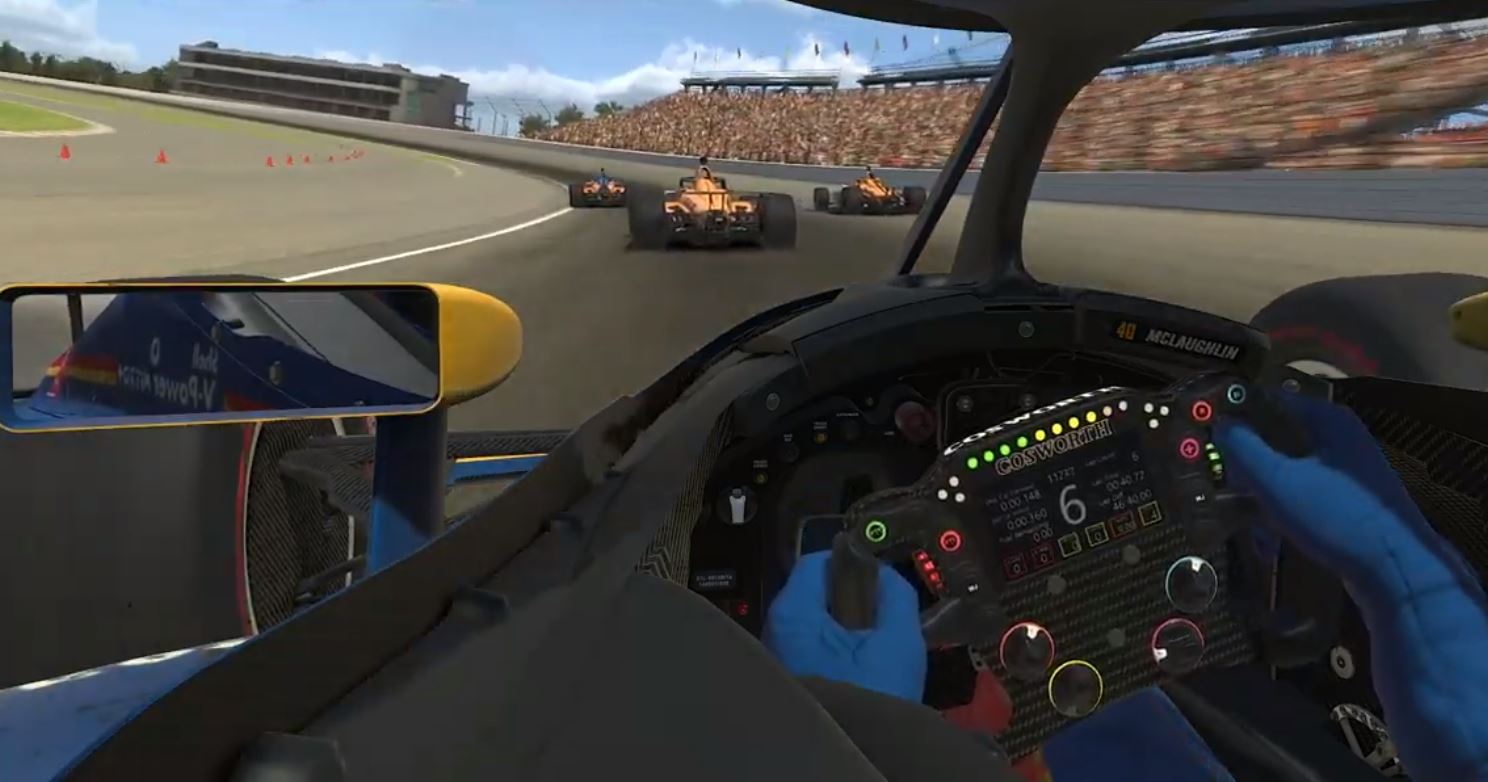 Rahal assumed the lead with 14 laps left on the board but with Pagenaud snapping at his heels. The Penske driver duly overhauled his opponent while Felix Rosenqvist moved up to third.

But chaos ensued behind with a multiple car pile-up sparked by a contact between Takuma Sato and Newgarden delivering a third caution and setting up the 175 First Responder for a proper mad dash shootout.

Pagenaud, Rahal, Rosenqvist and Norris seized the green with 9 laps remaining, but a contact between the first two sent Pagenaud into the wall and out of contention.

Meanwhile, Askew, Norris and O'Ward locked out the top three for McLaren, with McLaughlin and a fast-moving Marcus Ericsson on their tales.

With 5 laps remaining, the top-five broke away from the pack, with Norris assuming the lead. But Ericsson skillfully drafted the trio to put himself in the mix.

The last half lap. And a race's worth of action packed in to it. #INDYCAR // #INDYCARChallenge // @IMS pic.twitter.com/unKYCOiYL0

But drama then unfolded when Norris was caught out on the exit of Turn 4 by a slow-moving Pagenaud. The subsequent contact put the 22-year-old IndyCar rookie out on the spot.

McLaren's chances were intact however with Asked and O'Ward leading the field as they entered the final lap. But Ericsson pulled out all the stops, moving down on the inside of O'Ward to take the lead into Turn 4 when the latter rammed the rear of the Chip Ganassi car.

With only a few hundred years to the checkered flag, Askew and last-lap contender Santino Ferruccii were locked in a drag race to the checkered flag until the young American misjudged his move and tagged the McLaren driver, wrecking both drivers race and handing a lucky win to a bewildered McLaughlin!

Local boy Conor Daly fought back from P22 to finish second , edging the wrecked duo of Ferrucci and Askew.

Pagenaud under fire for wiping out Norris at Indy