The 2009 Formula 1 world champion Jenson Button has managed to take a clear lead in the Legends Trophy Esports series, part of The Race All-Star Series powered by ROKiT Phones.

However Button narrowly lost out on victory in the first race of the weekend to Jan Magnussen, and could only manage to fight his way back to fifth in the reverse grid race won by chief title rival Emanuele Pirro.

Both rounds saw drivers at the wheel of simulated Brabham BT44s competing on the newly remodelled Zandvoort circuit in the Netherlands. It's the first time that the new track has been raced on in either the real or virtual world.

The weekend also saw an eventful debut in the competition for Fernando Alonso, who was fourth in qualifying but who had a torrid time of it in both races.

Magnussen had successfully claimed pole for the first race, and successfully launched himself into a dominant lead that lasted the entire 11 laps. "I had a good start, and there was a little bit of stuff going on behind me that gave me a gap so I could just do my own thing," said the Dane afterwards. "I’m very pleased with that.”

Starting alongside him on the front row, Button has a less easy time of it and lost a spot after being clipped by an eager Mika Salo. Salo also made contact with Alonso, and the Spanish driver ended up going nose-first into the wall on the opening lap.

Alonso would subsequently also clash with Oriol Servia and Adrian Fernandez, as well as suffering a number of off-track excursions. On the final occasion clipped Helio Castroneves as he tried to return to the track. The collision ended up putting him out of the race. 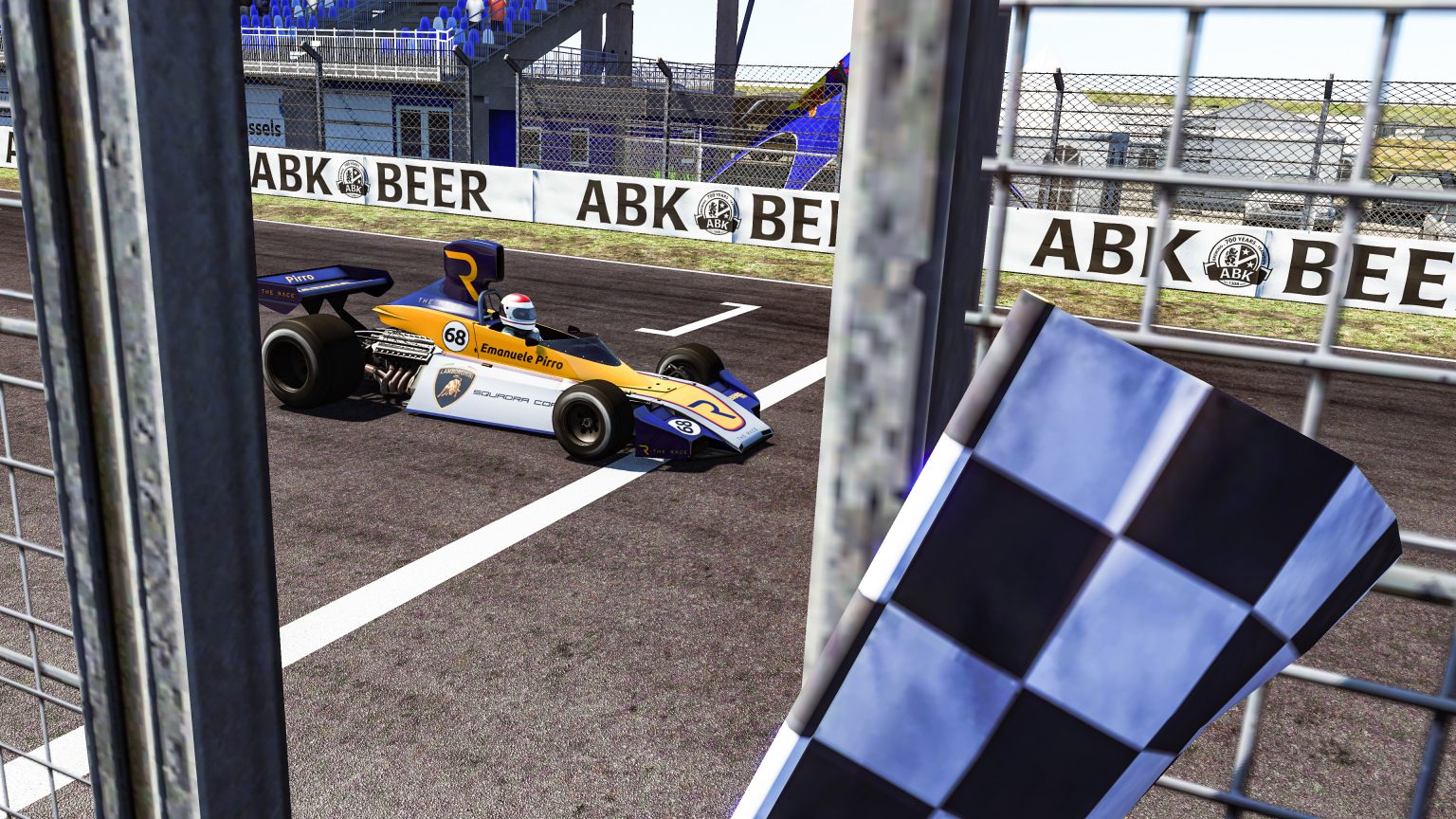 After keeping his cool for the first half of the race, Button regained second place from Salo on lap 7 by diving down the inside of Tarzan. However he was unable to do anything about the unassailable five second lead that Magnussen had built up by then.

A lap later, Salo was also passed by Juan Pablo Montoya who duly picked up the final podium position, while behind Salo was Tonio Liuzzi - meaning that the top five consisted entirely of former F1 drivers.

Having come into the weekend as joint leader in the Legends Trophy with Button, Pirro was strangely missing from the top of the classification after qualifying poorly and then having a subdued start to the race.

However he managed to pick up two places on the final lap to finish in tenth which put him on pole for the subsequent reverse-grid race - suggesting that he might have been thinking strategically all along, although he insisted that this hadn't been the case.

"I tried to push hard in the first one," he said after converting his pole position start to a dominant win for race two, pulling out five seconds over the field in the first three laps alone.

"I tried to keep out of trouble and it didn't work! So, I think I deserve that one. The pace was not fantastic, but I am happy for a win,” 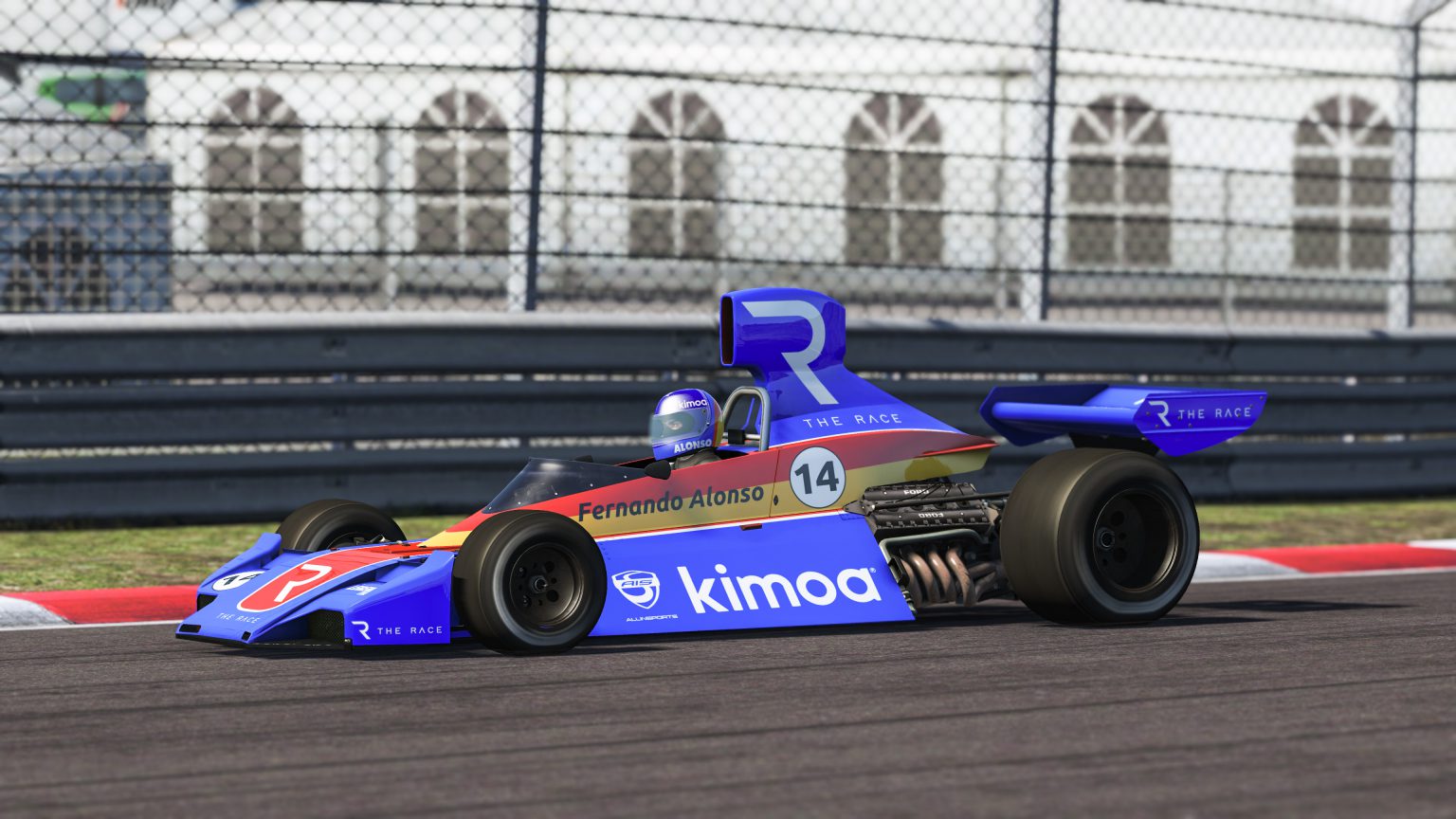 Andy Priaulx and Darren Turner took the remaining podium positions, while Button fought his way back from the rear to briefly run in fourth place before being bumped back one spot to finish in fifth after being impeded by a wayward Solberg. Even so, Button now has 244 points giving him a six point lead over Pirro, followed by Magnussen (211) and Montoya (202).

Magnussen had also started at the back and followed Button closely as the pair headed their way back up the order. However he suffered a setback when he went off while tangling with Solberg, and then suffered a much bigger accident moments later when he ran off at Scheivlak while trying to recover lost ground.

Alonso had another wild outing, starting from 17th and once again finding all sorts of trouble. He eventually found himself closing on the slow car of Tiago Monteiro just recovering from an earlier incident and ended up colliding with the Portuguese WTCC star, sending him high into the air in the day's most spectacular accident which put him out of the race.

Also making his Legends Trophy debut this weekend was 1998 Monaco Grand Prix winner Olivier Panis. He finished in 20th place in both races.

The next Legends Trophy races will be held on the Indianapolis Motor Speedway as a sim racing stand-in for the Indy 500 which was originally scheduled to take place on Memorial Day weekend.

Alonso is already confirmed to be part of the field, along with a number of former Indianapolis 500 champions including Montoya, Castroneves, Tony Kanaan, Dario Franchitti, Emerson Fittipaldi and Gil de Ferran.

Vettel's Ferrari exit 'not a decision to retire' - Hakkinen