Sainz has been signed by Ferrari to replace Sebastian Vettel in 2021. Meanwhile Sainz' vacant seat at McLaren will be taken over by Daniel Ricciardo, leaving a tempting opening at Renault that Alonso himself has been strongly linked to in recent days.

But Domenicali feels that Alonso - a former Ferrari driver himself - would do better to use his experience to help Sainz prepare to face off against the formidable challenge of future team mate Charles Leclerc.

“I think that at this point Alonso will help him a lot in adapting [to Ferrari],” Domenicali told Spain's AS daily sports newspaper this week.

“Fernando and Carlos are very close friends," he pointed out, adding that Sainz' two-time world rally champion father would also be big asset.

"I think that [Fernando] and his father will be able to pass on their experience to him," said Domenicali. “It will be important to prepare well this year to be able to withstand the pressure of driving for Ferrari.

“Carlos is very strong, both on the track and mentally. When you are the son of a world champion and you arrive in F1 you have to be very good."

Domenicali added that he hoped that Ferrari's decision to sign Sainz would strengthen the Scuderia's historic links with Spain.

“The connection between Ferrari and Spain is very important,” he explained. “First with Fernando, and now with Carlos Sainz. It’s a new opportunity for a Spanish driver to be F1 world champion with Ferrari."

As for Alonso's future career prospects, a number of leading figures in the sport including his former McLaren team mate Jenson Button have warned him against signing up with Renault. 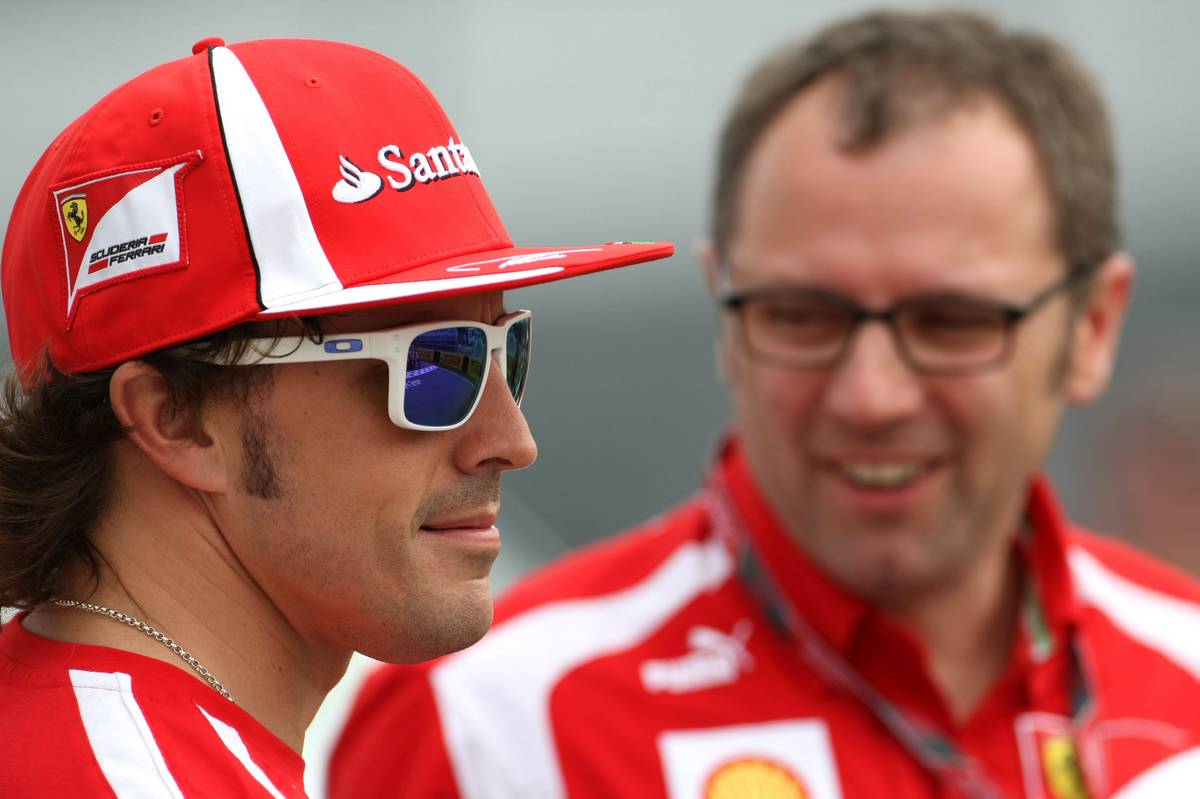 "If Alonso goes anywhere to drive, it should be with a team where he can win," said Renger van der Zande, who previously raced alongside Alonso in the Daytona 24 Hours race.

"If he comes back then he will have an enormous drive to prove himself," he told the Dutch Algemeen Dagblad newspaper. "But I don’t see Renault with a realistic chance of becoming world champions next year."

But Sainz himself says he would love the opportunity to be contending on track with the two-time world champion again.

“It would be great to be able to face him as an opponent,” Sainz told Sky Sports Italia. “I always say that F1 is for the best drivers in the world, and Fernando is one of them.”

The final word on the subject went to his father, Carlos Sainz Sr.

"Fernando has the right to decide to do whatever he wants," he said. "I would be happy to see him on the track again, but he knows best what to do. As a friend and as a fan, I will respect what he decides."

Coulthard: Vettel could be 'brilliant asset' for Aston Martin