Fernando Alonso savored the Indy 500 winner's traditional milk twice on Saturday, the Spaniard winning both rounds of the Legends Trophy at the Indianapolis Motor Speedway.

Alonso edged Jenson Button in a thrilling duel in the opening race and fought back from 21st on the reverse-grid encounter to beat Tiago Monteiro to the checkered flag.

Alonso and Button took charge early on of the first 31-lap virtual event, the pair breaking clear of a pack from which four-time Indy 500 winner was eliminated at the outset after a terminal crash.

The former McLaren teammates were in a league of their own, passing each other repeatedly to set up a mad dash to the finish with two laps to go. 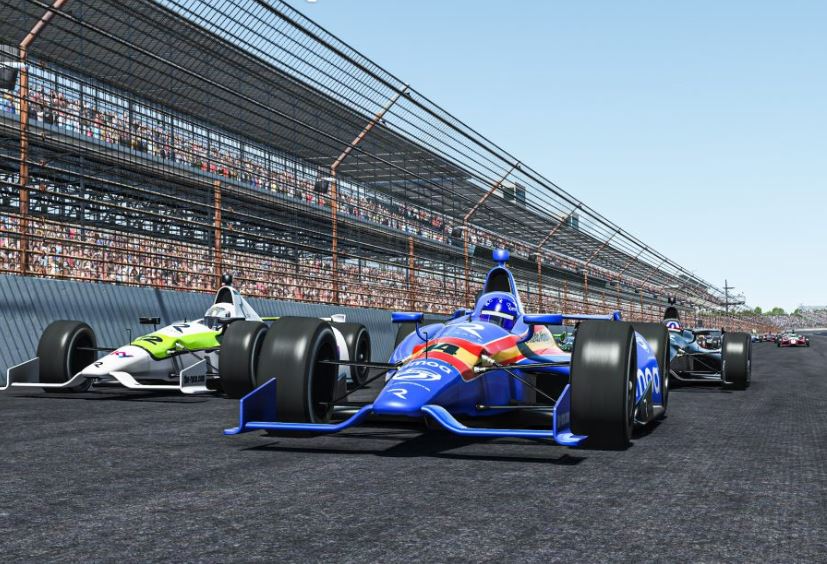 Button got the upper hand over his rival on the penultimate lap but the 2009 F1 world champion suffered a big moment on the exit of Turn 4, handing the lead back to Alonso.

Button tried in vain to challenge the Spaniard, drafting his rival's Dallara on the back stretch but failing to build up enough momentum to gain an edge.

Alonso held his own to win by half a car's length, with Jan Magnussen a distant third, and Tiago Monteiro and Tony Kannan rounding off the top five.

Unexpected poleman Petter Solberg looked like a contender on the opening lap only to drift donw into the midfield. 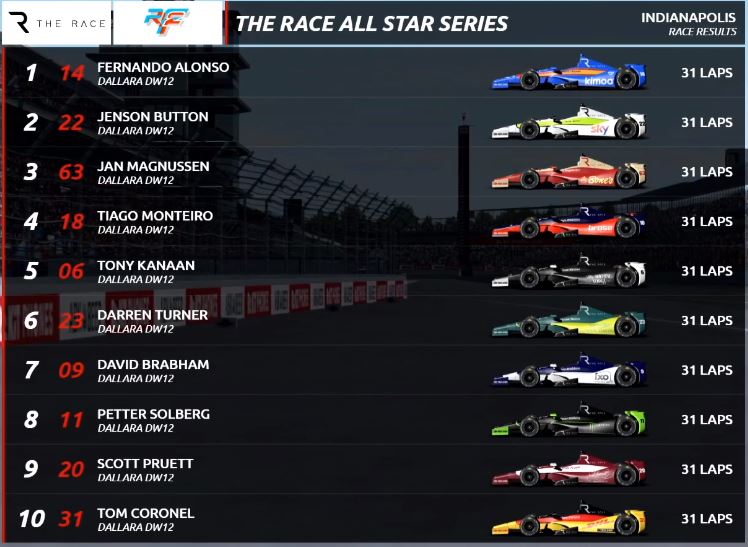 Mika Salo and Vitantonio Liuzzi led the field at the start of the second race, while Alonso's blistering start saw the 38-year-old clock in 11th at the end of the opening lap.

The Spaniard's progress continued unabated while up front, Salo, Liuzzi, David Brabham and Helio Castroneves ran nose to tail. But the group could do nothing against a flying Alonso who eventually overhauled the pack, followed by an incisive Monteiro.

The pair isolated themselves up front, trading places, while Button's own good progress moved the Briton up to third.

As the leaders entered the penultimate lap, traffic offered Monteiro a potential opportunity to put one over on Alonso, but the Portuguese driver just couldn't build up enough speed to pass the leader who secured his second win of the day.

Castroneves managed to pip Button for third but the latter's productive day in virtual Indiana only boosted his championship chances as Legends title rival Emanuele Pirro was only a lowly 7th in the second race of the day after finishing outside of the top-10 on the first event. 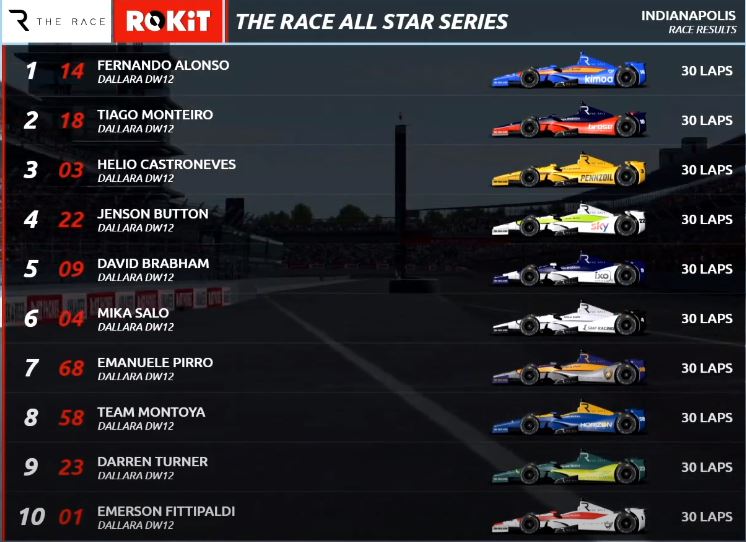