Valtteri Bottas led from lights to flag in Sunday's Austrian Grand Prix - but every other aspect of the race was wildly unpredictable, with Ferrari's Charles Leclerc picking up a surprise second ahead of McLaren's Lando Norris who successfully claimed his first-ever F1 podium following a torrid day for Lewis Hamilton.

Alexander Albon was looking on track for third place before clashing with Hamilton in the closing stages. All the retirements helped Ferrari's Sebastian Vettel salvaged tenth place after spinning following a clash with Carlos Sainz. 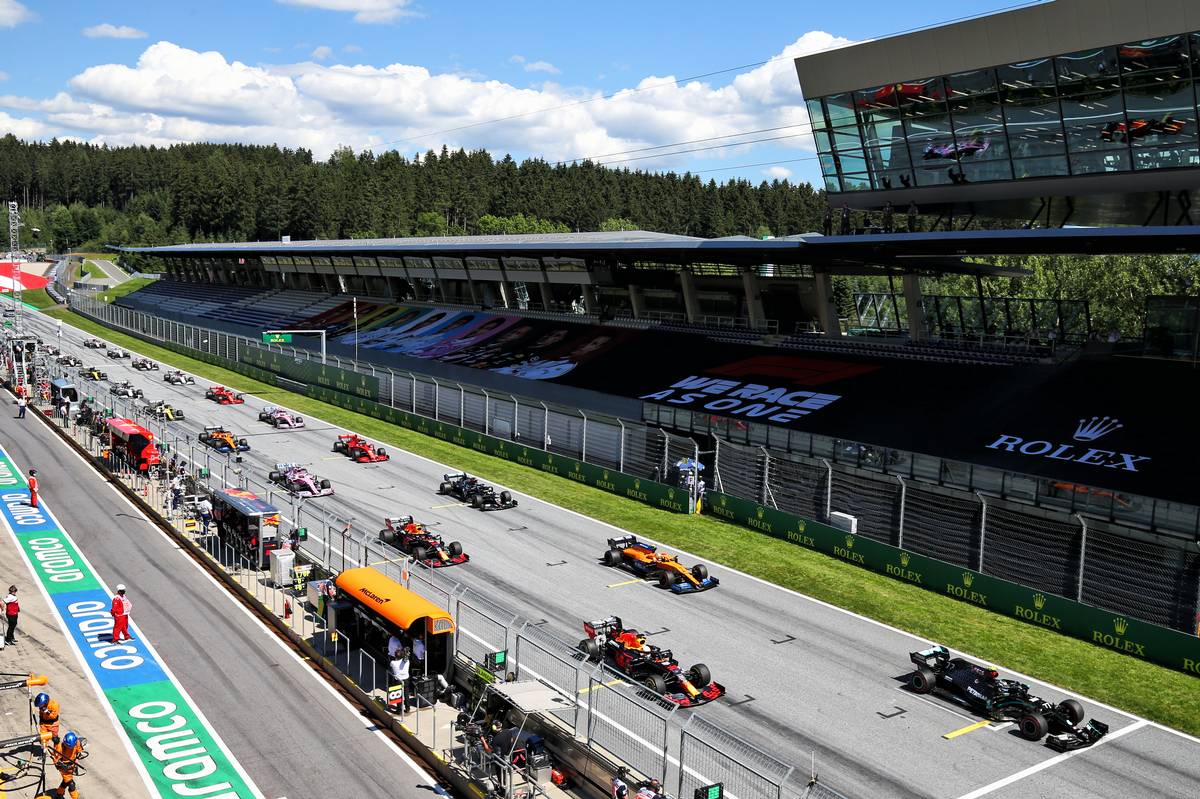 Spielberg was sparkling in the Sunday afternoon sunshine, as it prepared to host the Formula 1 season opener for the first time in 70 years of the world championship. While the empty grandstands, social distancing measures and omnipresent facemarks were a conspicuous reminder of the global disruption wrought by coronavirus, the return of motor racing was another welcome step closer to getting back to normal.

In F1, 'normal' is synonymous with drama and political intrigue. Having failed in their protest against Mercedes' DAS system on Friday, Red Bull scored a notable success on Sunday with their appeal against last night's stewards decision on Lewis Hamilton's qualifying transgression. As a result, Hamilton dropped to fifth on the grid, while Red Bull's man Max Verstappen was elevated to the front row alongside polesitter Valtteri Bottas in time for lights out at the start of this year's campaign for the first of 71 laps.

Benefitting from being on the soft compound tyre, Blottas immediately jumped away from the medium-shod Verstappen, who found himself having to fend off McLaren's Lando Norris through turn 1 while Alexander Albon successfully held on to fourth ahead of the grid-demoted Hamilton. Sergio Perez was struggling to prevent Ferrari's Charles Leclerc from muscling his way past for sixth place, while further back the top ten was completed by Carlos Sainz, Lance Stroll and Daniel Ricciardo, although the Renault was quickly caught and passed by Sebastian Vettel.

It was soon apparent that Norris was unable to sustain his qualifying pace, and on lap 3 he was easily picked off by Albon into turn 1 with Hamilton taking the opportunity to follow him past the McLaren next time by. It wasn't long before the young Briton was firmly in the crosshairs of Perez and Leclerc, but he was able to make his car wide enough to hold station. 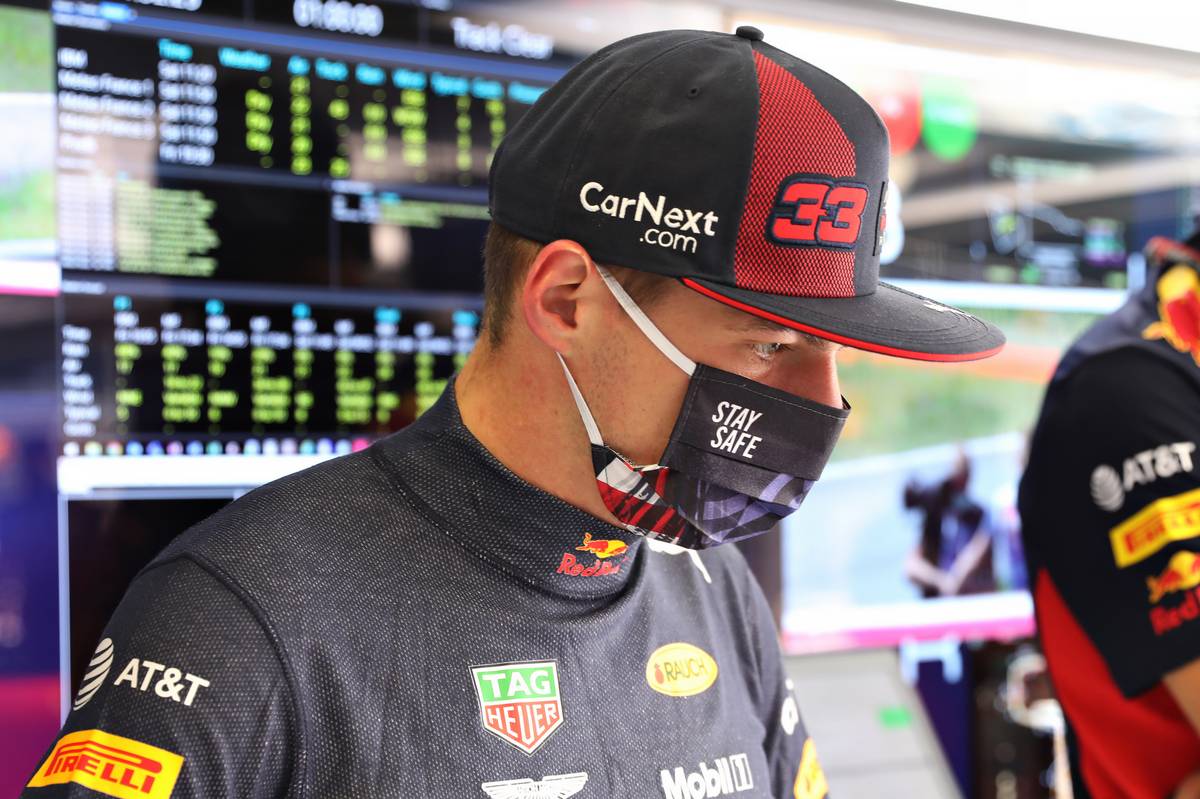 Bottas pulls away, Verstappen stutters into to retirement

The mighty pace of the Mercedes enabled Bottas to quickly pull out a 3.5s lead over Verstappen, and that performance differential was also clearly on display as Hamilton applied DRS into turn 4 on lap 9 to sail past Albon for third. He still faced a challenge to cut the gap to the leaders, but at the start of lap 11 there was a dramatic change of fortunes for Verstappen when his car went into anti-stall mode along the start-finish straight causing him to plummet down the order as the rest of the field flashed past the stuttering RB16. While he eventually managed to get it back to pit lane, there was seemingly nothing the team could do: Verstappen was officially the first retirement of 2020.

His exit left Bottas with a 7s lead over his team mate, with Albon already five seconds further in arrears. Norris continued to frustrate the efforts of Perez and Leclerc to pass him, who was in turn still followed by Sainz and Stroll. The latter Racing Point was having to manage an sensor issue that left him down on power and prevented him from pulling away from Vettel's Ferrari, which was itself still struggling to find straight line speed. With Verstappen's retirement, Vettel was the highest placed runner on the longer-life medium tyres after all ten of cars in the bottom half of the grid had opted to start on that compound.

Stroll's technical problems proved too great to allow the Canadian to hold on to eighth place, and Vettel had more than enough power to pass the Pink Merc in the run down to turn 3 on lap 19. The gremlins were also busy behind them, with Ricciardo suddenly slowing with a suspected cooling issue issue of his own that forced him to head for pit lane and join Verstappen on the sidelines. Minutes later and Stroll was also parking up for the afternoon. 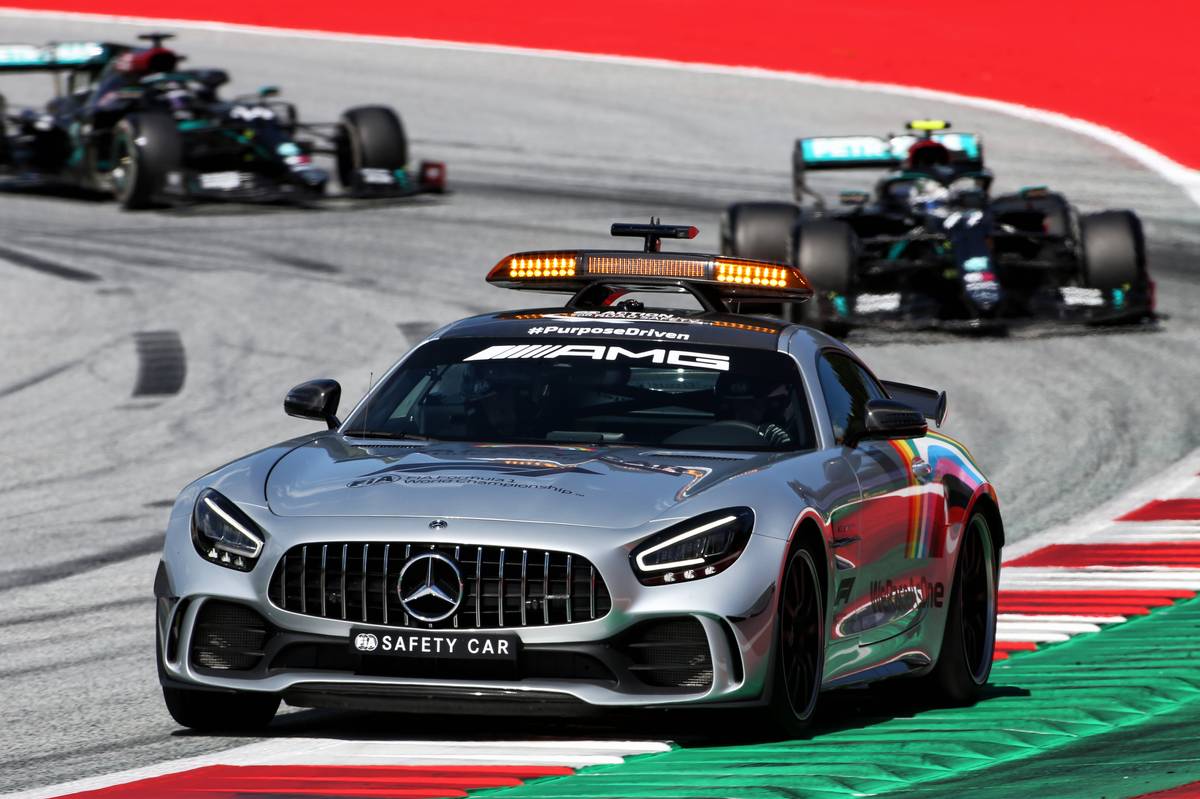 By lap 25 Hamilton had chipped away at Bottas' lead which was now under four seconds, with Albon and the rest of the field not even a blip in the rear view mirror. Now the looming question appeared to be when the front runners would make their pit stops to ditch the soft compound tyres that were fading fast in the high Styrian temperatures. In fact the matter became moot when Kevin Magnussen went off at turn 3 while battling with Renault's Esteban Ocon for 11th place, the Dane seemingly suffering from a brake failure.

The Haas was left beached in the gravel and forced race control to scramble the safety car. The teams reacted quickly, immediately snapping at the offer of a 'free' pit stop which was perfectly picked up by Mercedes. However it led to a slightly hairy close encounter between Norris and Perez in the pit lane, the pair almost colliding when the Racing Point was released just in front of the McLaren.

Bottas and Hamilton led the field to the restart on lap 30, followed by Albon, Norris, Perez, Leclerc, Sainz, Vettel and the two AlphaTauris of Pierre Gasly and Daniil Kvyat. As Sainz pressed Leclerc into turn 3, Vettel attempted to use the moment to pass both men only to out-brake himself and make contact with the Spaniard who will replace him at Maranello next year. Sainz survived with the loss of a position to Leclerc, but Vettel was spun round which dropped him to penultimate place just ahead of Williams' Nicholas Latifi.

Norris' valiant defence against Perez finally came to an end on lap 33, when the Racing Point finally pulled off a neat pass for fourth. Perez clearly had his eyes on catching Albon for the final podium place, while Mercedes were already once again disappearing into the distance. However with Mercedes having switched to the hardest compound for the concluding stint, Bottas was finding the new tyres less to his liking than Hamilton and the reigning world champion was able to stick close to his team mate. The treat of intra-team war breaking out was enough to cause consternation among the senior team management on the Mercedes pit wall. 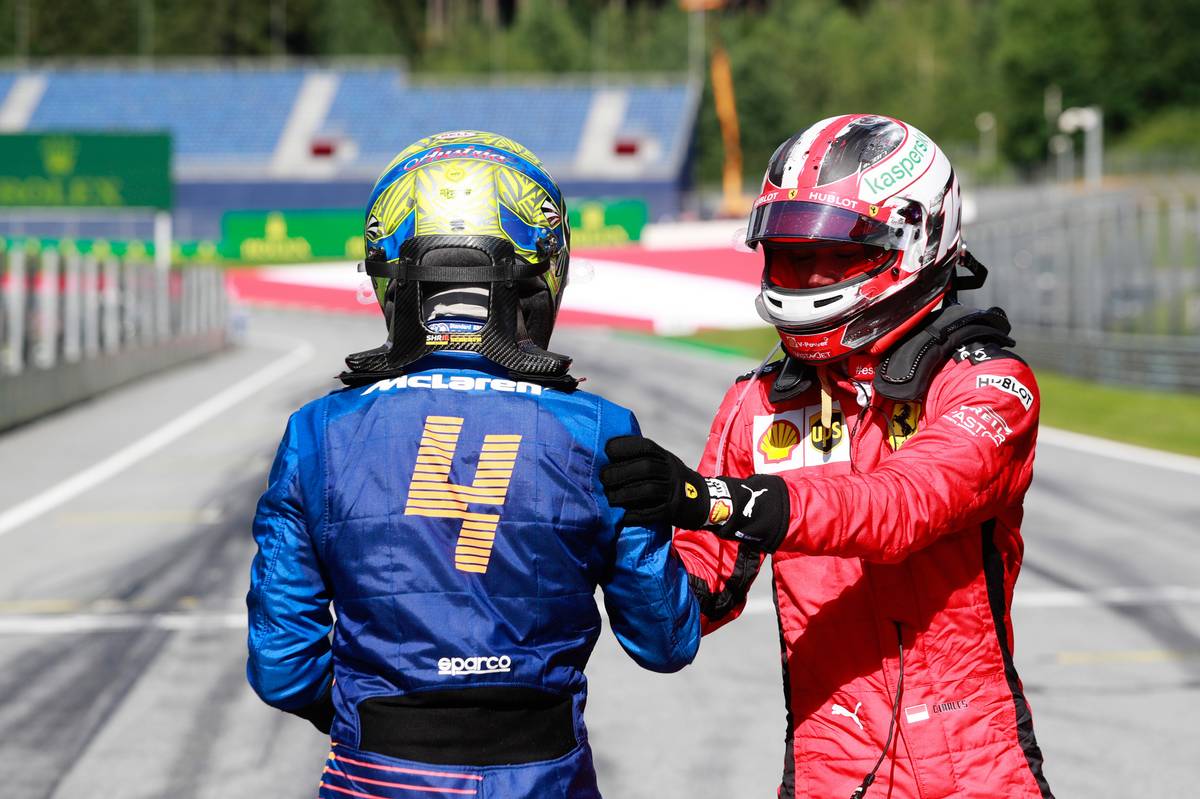 Initially Hamilton stayed his hand and maintained position behind Bottas, while also punching in fastest sectors to make the point that he was the faster of the pair. With just under 30 laps remaining, it seemed unlikely that the status quo would last all the way to the chequered flag without something snapping, but the team's chief strategist James Vowles came on the team radio to tell both drivers that there was a critical gearbox sensor issue and that they both had to stay off the kerbs for the remainder of the race. Or to put it into plain English: the priority was now to maintain position to the end.

Their caution was enough to allow Albon to start slowly reeling them in, although he remained ten seconds behind and was himself still within range of being caught by Perez. The remainder of the top ten consisted of Norris, Leclerc, Sainz, Gasly, Kvyat and Ocon, followed by the two Alfa Romeos of Antonio Giovinazzi and Kimi Raikkonen. Vettel meanwhile was promoted to 13th place and Latifi to 14th after the retirements of Romain Grosjean and George Russell on lap 51 with further technical hiccups.

Russell's parked FW43 triggered a second safety car. Neither Bottas or Hamilton were tempted to make another pit stop, and Perez also resisted the urge, but several of those behind them - led by Albon, Norris and Leclerc - did take the opportunity to pick up fresh rubber, Red Bull opting for soft tyres for Albon while the others played safe with mediums. It left Mercedes distinctly on the backfoot, especially if the sensor issue was really as critical as the pit wall had been telling the drivers.

The restart on lap 56 was short-lived: Albon and Perez were battling side-by-side for third place when the safety car was scrambled again after Kimi Raikkonen's right front wheel detached heading into turn 10. It meant that by the time the race finally got back underway there were only 11 laps remaining. Bottas confidently jumped away, but Albon turned the screws on Hamilton and just as happened last year in Brazil there was contact between the pair with the Red Bull spun off into the gravel at turn 4, earning Hamilton a costly five second penalty for causing a collision.

That opened the door for Leclerc to pick up an opportunistic second place behind Bottas who claimed the victory. Hamilton thought he was safe in third after Perez was himself handed a five second penalty for speeding in pit lane, but a mighty effort from Norris saw McLaren wrest the final podium spot away from the world champion who instead ended up in fourth ahead of Sainz. Perez was ultimately classified in sixth ahead of Gasly, Ocon and Giovinazzi, with Vettel picking up tenth ahead of Latifi who was in last place on is F1 debut following a late retirement for Kvyat caused by a suspected tyre failure on the AlphaTauri.