McLaren has rotated Carlos Sainz's MCL35 chassis earlier than expected in an attempt to solve a cooling that dogged the Spaniard at Silverstone.

Sainz was running higher than normal temperatures last weekend at the 70th Anniversary Grand Prix which forced the team to open up the MCL35's cooling ducts, a change that impacted the car's aerodynamics.

McLaren could not trace the source of the issue, so has subsequently replaced the Spaniard's monocoque and several components in a bid to solve the cooling problem.

"We did different changes to the build of the car, simply to try to understand or exclude the temperature difference that we had in Silverstone," explained McLaren F1 boss Andreas Seidl.

"So we changed several components, including the monocoque as well, because the radiator ducts are connected to the monocoque."

Seidl said the chassis was initially scheduled for Spa later this month.

"What we normally have is a rotation of monocoques during the year, as a standard, to simply distribute the mileage evenly and repair the monocoques, small little repairs, and it was planned to do anyway for next weekend in Spa.

"In the end we're trying to exclude as many items as possible.

"We need to see today in FP1 and FP2, if we could get to the bottom of the issue that we had. I think it's also important to understand that in terms of pure performance, that doesn't really make a big difference.

"But with the car in Silverstone running 2-3 degrees hotter than the other car, it simply triggered exactly the threshold where we had to open up the bodywork on Carlos's car, which then was a downside on drag, downside on top speed, and then also a deficit in lap time.

"And obviously we need to make sure that we get to the bottom of it, and avoid that in the future." 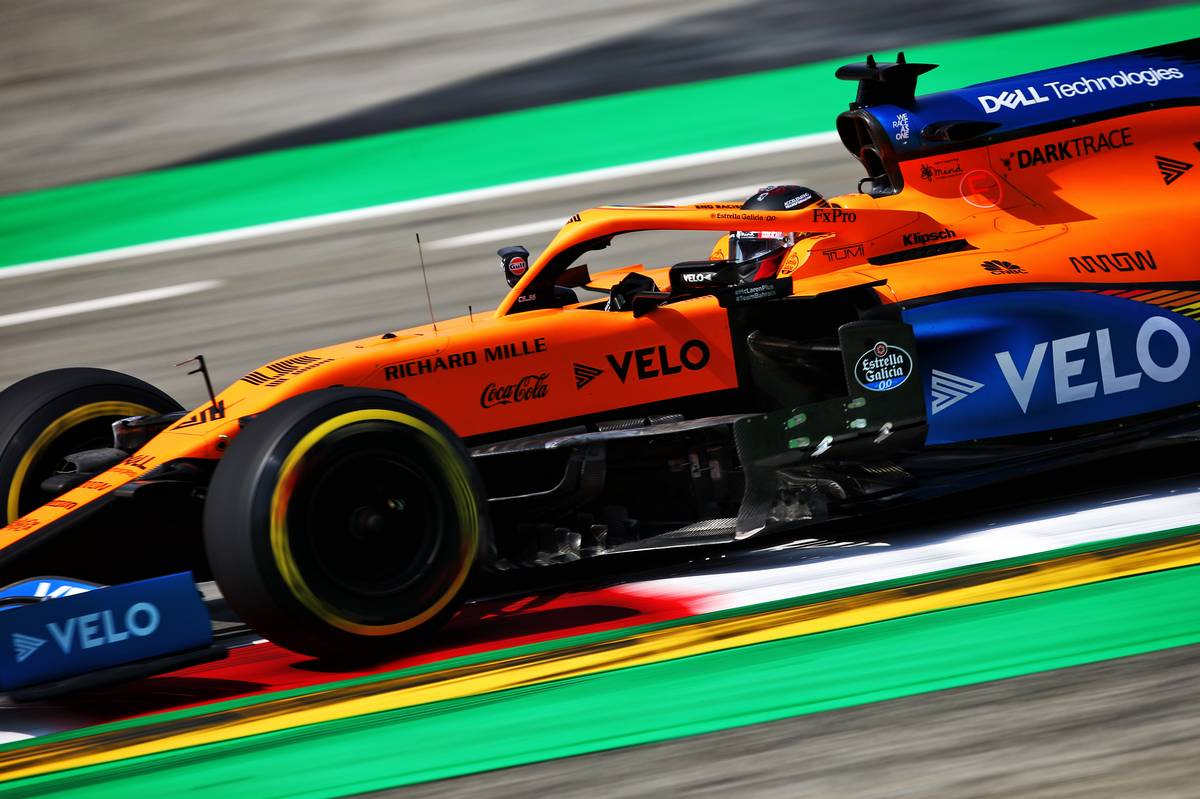 After starting off with a strong result in Austria and scoring a top-ten finish in the Styrian and Hungarian Grands Prix, Sainz failed to put a single point on the board at Silverstone's two rounds.

Sainz's McLaren teammate Lando Norris scored in every race but Hungary. But Seidl highlighted the Spaniard's run of bad luck.

"If you look back at the first five races - especially on Carlos's side - there were a lot of things happening on the pit stop side, like this temperature topic, or the tyre blow-up in Silverstone, which were out of his control, and which caused him to lose a lot of points compared to Lando – despite Carlos putting in some great performances in qualifying, and also in the races," Seidl added.

"So it's our task to do better here. And hopefully we can start doing that from Barcelona at his home race onwards."

Bottas tops FP1 in Barcelona from Hamilton and Verstappen