Fernando Alonso's farewell to the Indy 500 - at least for the next two years - was hindered by a clutch issue that never allowed the Arrow McLaren SP driver to move up the running order.

Alonso already has his work cut out for him in Sunday's blue riband event, the Spaniard launching his Triple Crown bid at the Speedway from 26th on the grid.

At the outset, the future Renault F1 driver remained engulfed in the thick of the lower part of the field as he struggled with his car's balance, eventually moving up to P15 by the half way mark before a clutch issue thwarted his progress and pushed him back down to 21st where he finished his complicated day.

"We didn’t have one lap of kindness, let’s say," a frustrated Alonso commented.

"We were struggling from the very beginning with the balance of the car, with a lot oversteer. We kept changing that balance in the pit stops, reducing the front flap, doing tyre adjustments and then we started to be happy with the car.

"We were up to P15 around lap 110, which is where we wanted to be. We spent half the race going from P26 to P15, and then we had a clutch problem on the car that we didn’t know how to solve.

"We finished the race without the clutch, so from that point on every pit stop we had to push the car, engage the gear and go. That cost us a lap and unfortunately, we kept that lap down until the end and we could not achieve anything more." 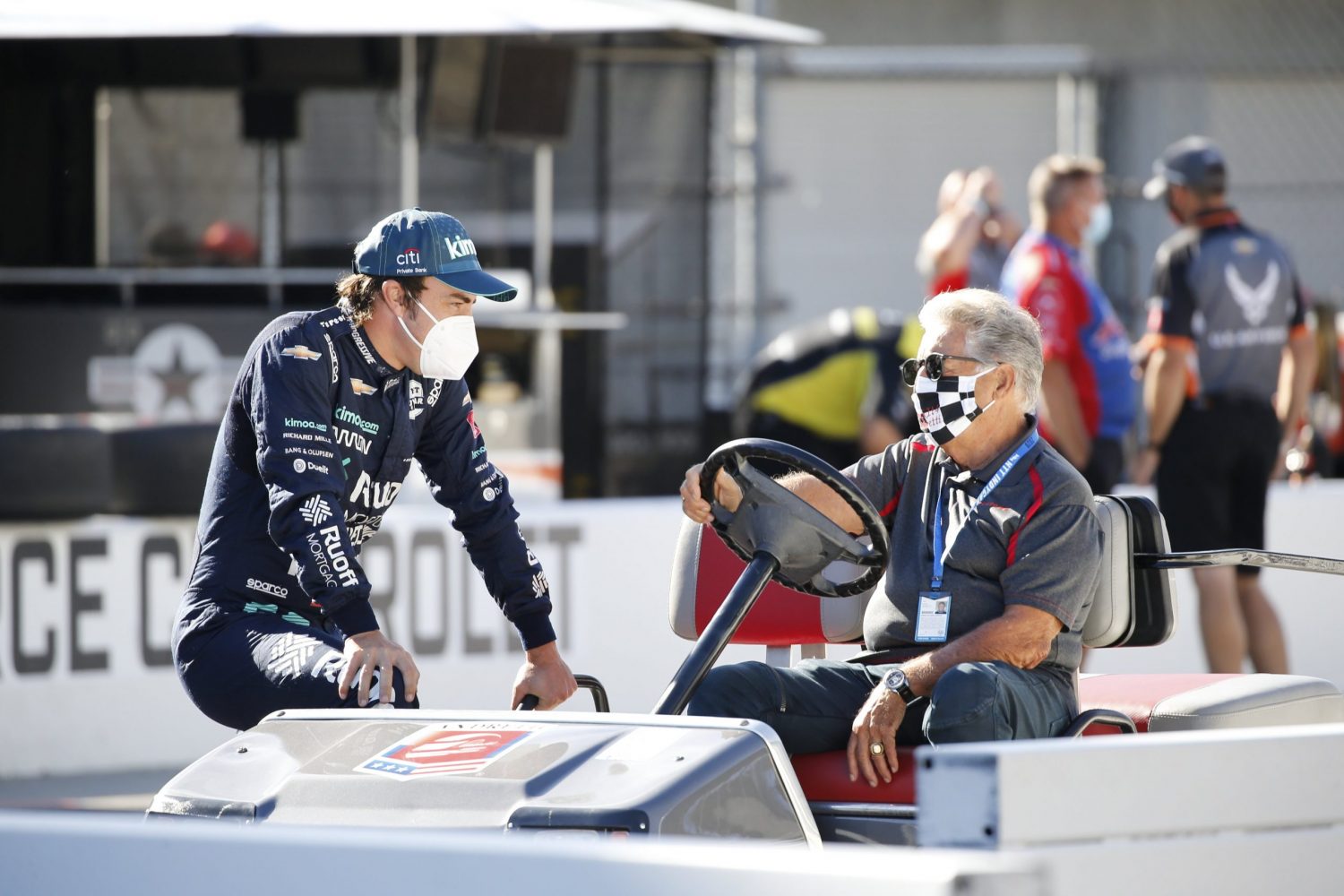 After his retirement from the race in 2017, and despite his issues, Alonso was happy to see the checkered flag for his second run at Indy.

"I’m happy to finish the race, cross the line and have one 500 miles in the pocket, that’s the positive thing," he added.

"The negative is that we were out of contention very quickly with the clutch problem.

"Anyway, I think the Arrow McLaren SP team was fantastic during the race, the strategy and pit stops meant we were always gaining positions.

"I’m very proud of the work we’ve done over the last couple of weeks. We tried to race, but luck was not with us today, but I’m proud of the effort from everyone in the team."

Arrow McLaren SP took some solace from Pato O'Ward's strong sixth-place finish while teammate Oliver Askew was also among the front-runners until a crash while trying to avoid the spinning Conor Daly put the American out on the spot.