Lando Norris heads to Spa-Francorchamps - a home race of sorts for the McLaren driver - with a blend of positive and sorrowful feelings.

The 20-year-old Briton is currently seventh in F1's drivers' standings, 16 points ahead of teammate Carlos Sainz, after scoring points in all six rounds to date except in the Hungarian Grand Prix.

Norris is a big fan of Spa's daunting, fast-sweep layout, but the venue also holds extra value given his dual British-Belgian citizenship, an allegiance he owes to his Belgian-born mother, Cisca, seen hereunder with Lando's father, Adam Norris. 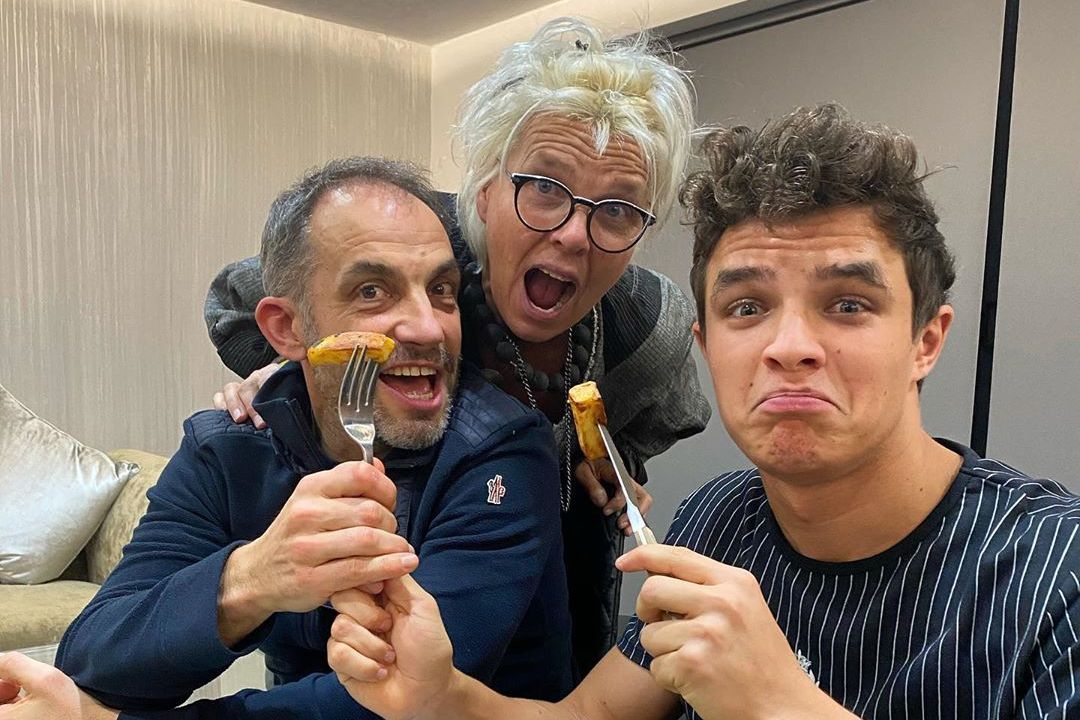 "The Belgian Grand Prix weekend is one I always look forward to," said the McLaren ahead of next weekends's event.

"Spa is one of my favourite circuits in Formula 1 and is such great fun to drive. It’s a fast and flowing track with plenty of opportunities to overtake, which is a bit of a contrast to Spain.

"I had a good race there last year until an issue on the final lap, so I'm looking forward to getting back out on track again and going for it.

"This race also feels like a second home Grand Prix for me, because of my dual British/Belgian citizenship and the family I have there.

"I’ll be running a special helmet this weekend as well, so keep an eye out for the reveal of that ahead of Friday."

However, Norris will take to the track on Friday morning with a sorrowful thought for a young man who tragically lost his life one year ago at the Ardennes track.

"This weekend we take the time remember Anthoine Hubert, who tragically lost his life at Spa last year," said Norris.

"The whole racing community was shocked and saddened by what happened, and he’ll be in our thoughts as we go racing again this year."