Red Bull driver Max Verstappen says that he will miss having the overwhelming support of the 'Orange Army' at Spa-Francorchamps this weekend for the Belgian Grand Prix.

Fans from the Netherlands have traditionally flooded across the border to support their here, making Spa something of a 'home race' for Verstappen in the past.

This year was supposed to see the return of the Dutch Grand Prix to the calendar, but coronavirus means that's been delayed until next season. And now Verstappen will be missing the fans at Spa as well.

"The Orange Army are normally out in full force at Spa so it's a shame we won't have any fans this year," he said this week. "But hopefully they will enjoy the race at home on TV."

He'll be sporting a new special edition Spa cap for the weekend. And even without the fan backing, Verstappen says that Spa remains one of his favourite circuits to race at.

"I love Spa, it’s my favourite circuit on the calendar so I’m always looking forward to driving there," he said. "It’s a bit more old school as well so there’s not too much run off in some places.

"There are not too many slow corners, which is always very nice in an F1 car because you really get to experience the full speed and the middle sector at Spa gives you that.

"There are lots of long straights which of course means you can overtake here," he added. "But also I expect the guys behind us in qualifying will be very close, and knowing Mercedes have a lot of power they will obviously be very quick too. 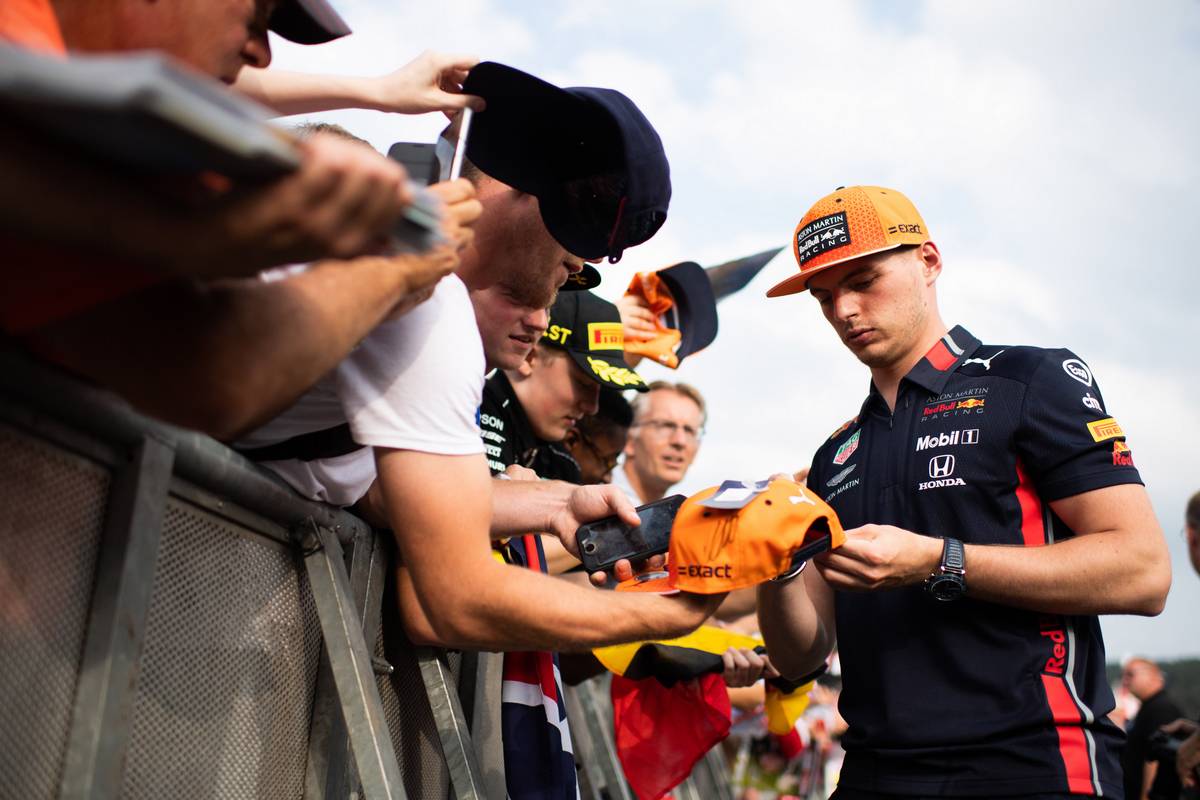 "My favourite part of the track is Pouhon especially, the fast left hander," he said. "It’s really fast.

"Getting the balance right in sectors one, two and three with the long straight and infield is crucial and so there are always compromises here and there.

"You’re also running quite low downforce, so low wing, which means the car is really alive and moving around which makes it more exciting."

Although he loves the circuit, historically it's not always been a good one for Red Bull in terms of performance.

Last year Verstappen's race was over and done very quickly after a first lap collision with Kimi Raikkonen. The previous year he was on the podium with his best-ever result to date at the venue, but he remains wary about the outlook for this weekend.

"We don’t expect this race will be our favourite this year in terms of the layout suiting our package," he admitted. "But we will be pushing hard as we have done at every race and maximising the result as a team.

"Over the last few years it has been a bit up and down in terms of results for us - but you never know."

Albon excited to get back to Spa one year on